A dog attack on a Co. Westmeath sheep flock has resulted in over €3,000 worth of damage, with 17 sheep  killed by a pair of marauding dogs, according to the sheep farmer.

According to the farmer Ciaran Costello, the incident occurred on Sunday (September 13) on the family farm in Moate, Co. Westmeath.

A total of 25 sheep were in the field at the time of the attack, which included a pedigree Texel ram, 12 hogget ewes and four store lambs, eight of the sheep involved in the attack have yet to be located. 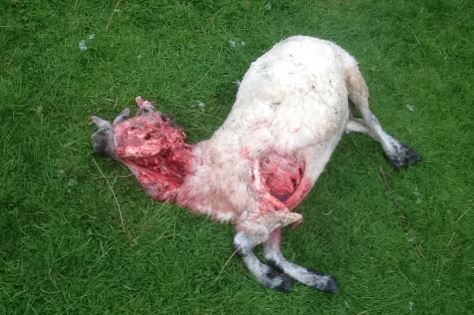 Two large dogs were involved, a Great Dane and the other a Newfoundland, with one of the dogs weighing over nine stone, both dogs were later recovered and euthanised.

According to the farmer, it is believed that the dogs first started attacking the sheep at 5.30am and were in the field for approximately eight hours.

“The dogs spent numerous hours ravishing the sheep, there were sheep lodged in bushes in the four corners of the fields. There wasn’t a live sheep in the field.

“When sheep get killed by dogs you would generally recognise them, but this was not the case,” said Costello. 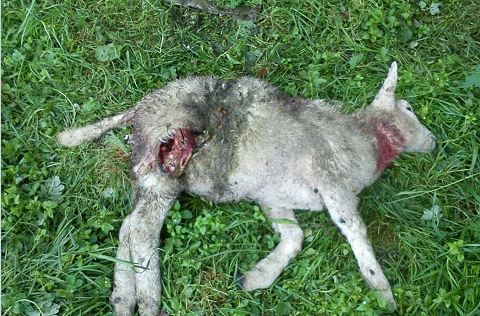 The graphic nature of the incident was described by the Co. Westmeath farmer.

“The first few sheep the dogs attacked were eaten, it was a massacre, after that they just killed for sport.

“You can see the marks where a lamb tried to get under the gate, and how the two dogs pulled him back in.” 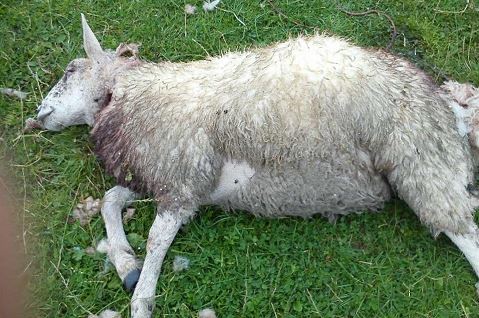 According to the Moate farmer, the knackery collected 17 sheep today (Friday), with 8 of the original lot still missing.

He added that it is unbelievable that no body seen the attack happening, but it could of been a lot worse as there were an additional 60 hogget ewes in the adjoining field.