The need to make better use of slurry was a key driver for many of the farmers and contractors attending this week’s farm machinery show at Fintona, Co. Tyrone.

Bryan Hunter of Co. Derry-based Fleming Agri Engineering said the days of spreading slurry with a tanker and splash-plate are over.

“Trailing shoes and dribble bars are the application methods of choice,” he said.

“Both these options are in the list of eligible items under Tier 1 of the Farm Business Improvement Scheme.

“Trailing shoes are the preferred option when it comes to putting slurry out onto grazing land. While in use, the shoe acts to place the slurry just below the surface of the sward. As a result, there is minimal smearing of the grass. This allows livestock to access fields mush sooner than would have been the case, had a conventional tanker and splash-plate been used.”

Apart from slurry equipment, there was lots of other equipment to see and inspect at the event.

Commenting on the show she said: “It’s a 3-day event; it has been on since Tuesday of this week. It was especially busy yesterday evening; we had queues out either side of the road. We are also expecting a good turnout tonight (January 26).

“In total, we expect a footfall of over 13,000 for the three days at Fintona. While it runs each day from 12 noon until 10pm, it starts to get really busy from 5pm onwards.”

According to Redmond, there were some major product unveilings at this year’s show. “For example,” she said, “this was the first showing of the new Deutz-Fahr 6 Series tractor in Northern Ireland. It was also the first chance for people to see the Vicon FastBale –  a non-stop fixed-chamber round baler wrapper combination.”

The next AJS event is the two-day Cavan Farm Machinery Show, which takes place on February 1 and 2 (from 12 noon until 10pm) at the Cavan Equestrian Centre. 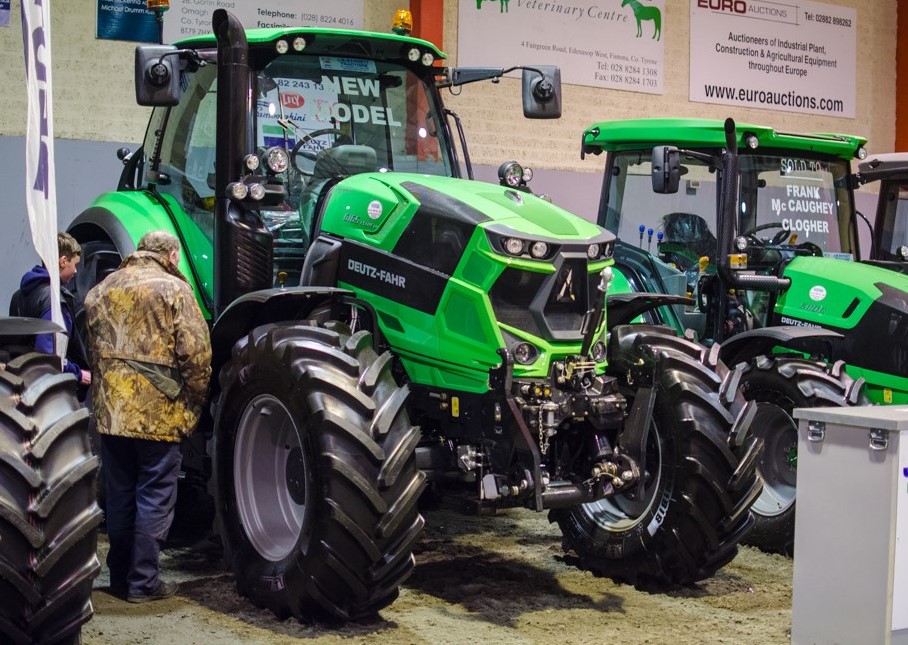 Deutz-Fahr’s new 6 Series tractor was one of the high-profile attractions. 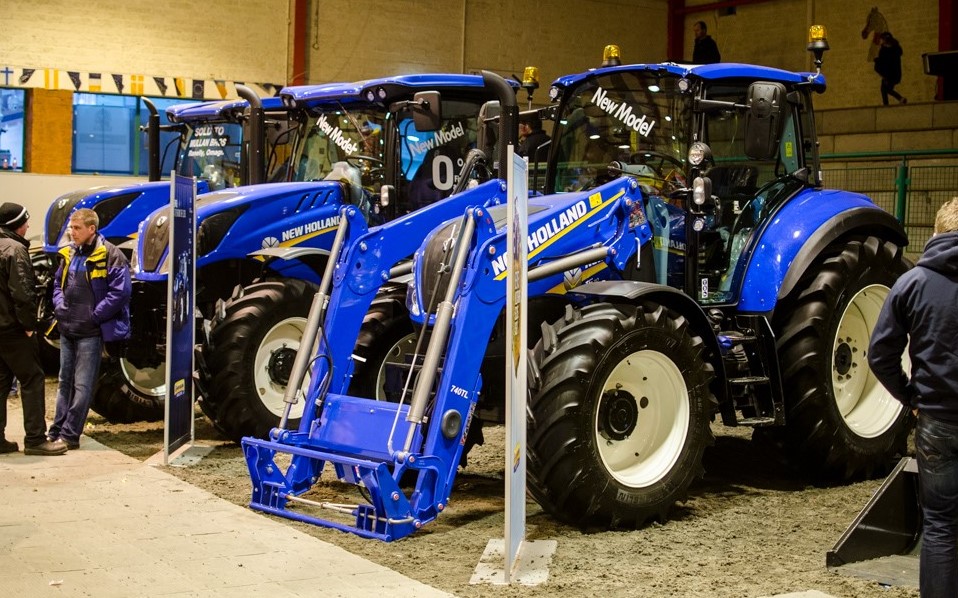 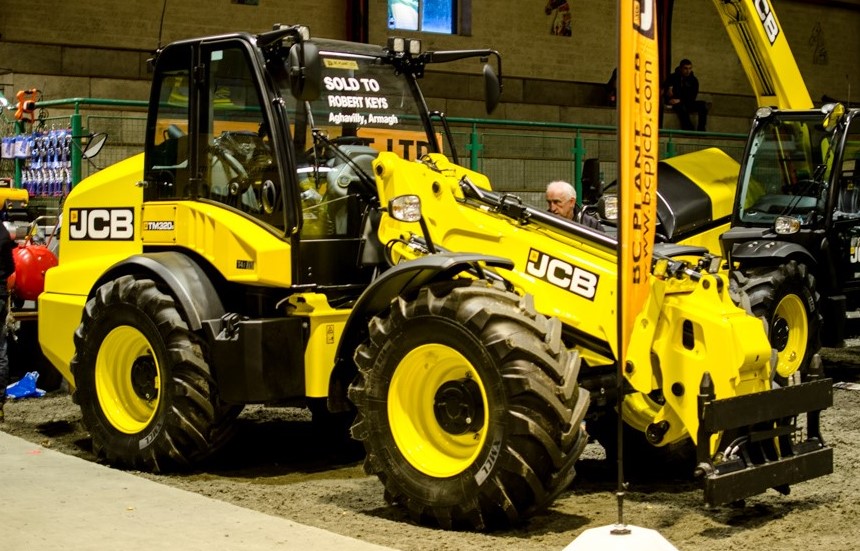 BC Plant exhibited this TM320, amongst other JCB machines. 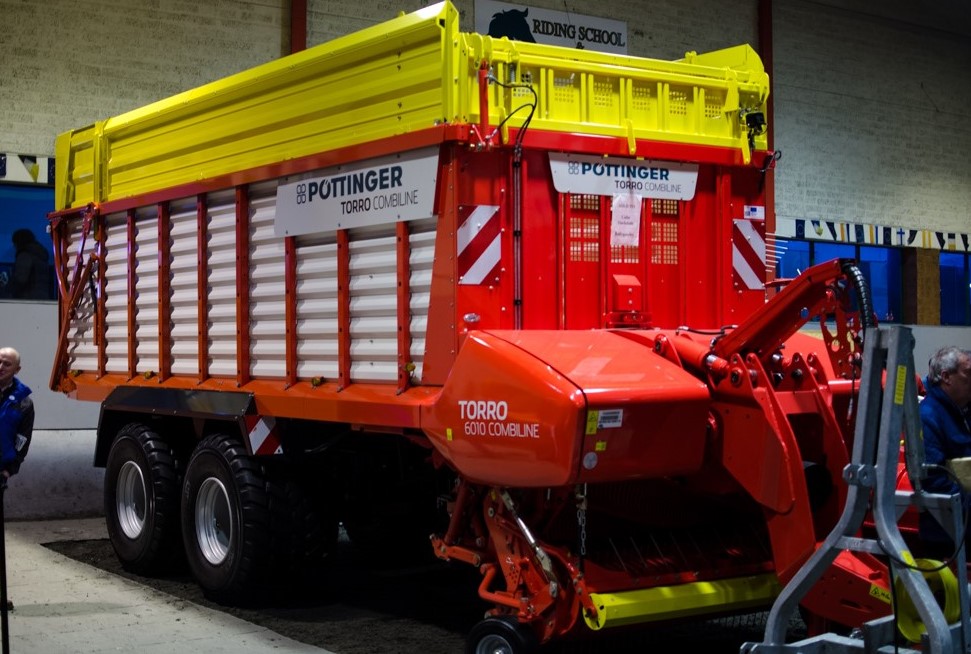 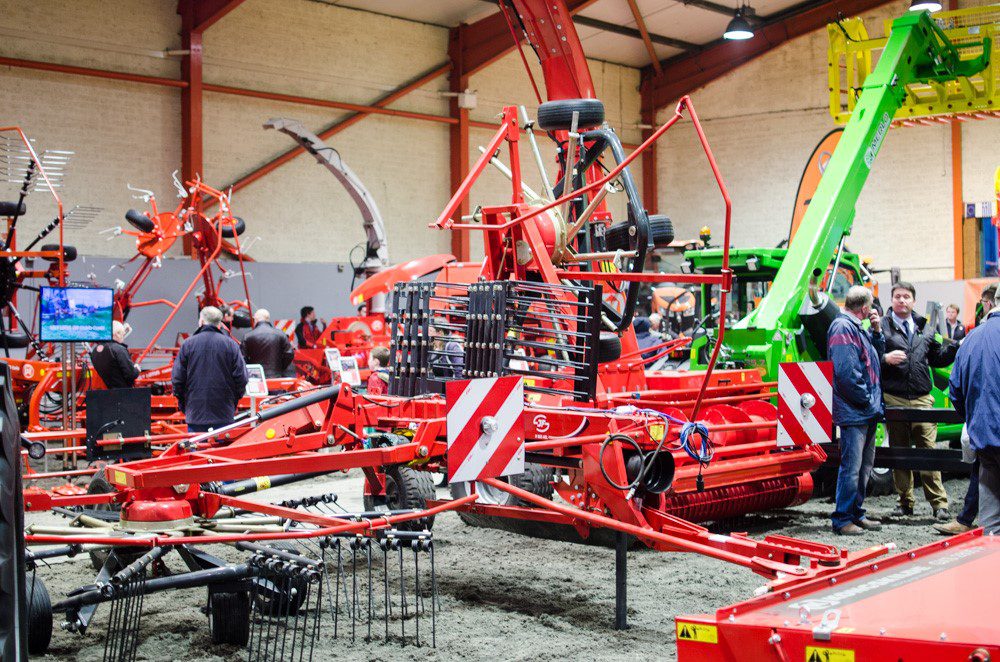 There was a varied selection of machinery to see at this year’s event.