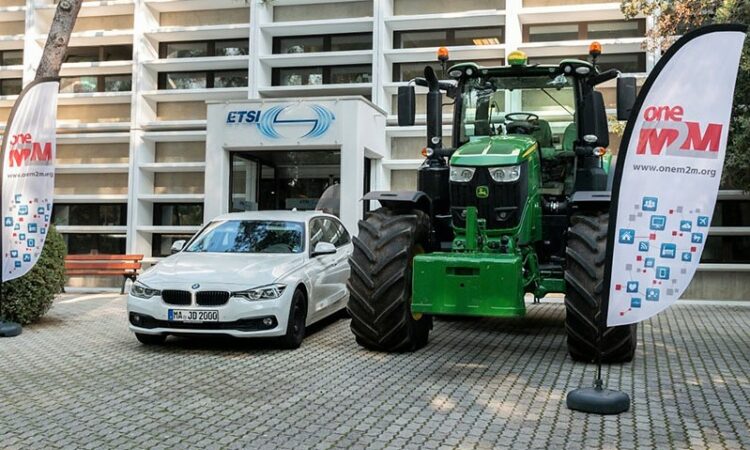 A John Deere tractor that can “communicate” and send warnings to cars approaching it on the public road was on show at a special event in France last week.

The project is being run by ETSI – a not-for-profit organisation (one of only three officially recognised by the EU as a European Standards Organisation). It produces standards for information and communications technologies.

The tractor on display at the event in Sophia Antipolis – a John Deere R Series model – sends a ‘warning’ to other road vehicles using a communication protocol standardised by ETSI. 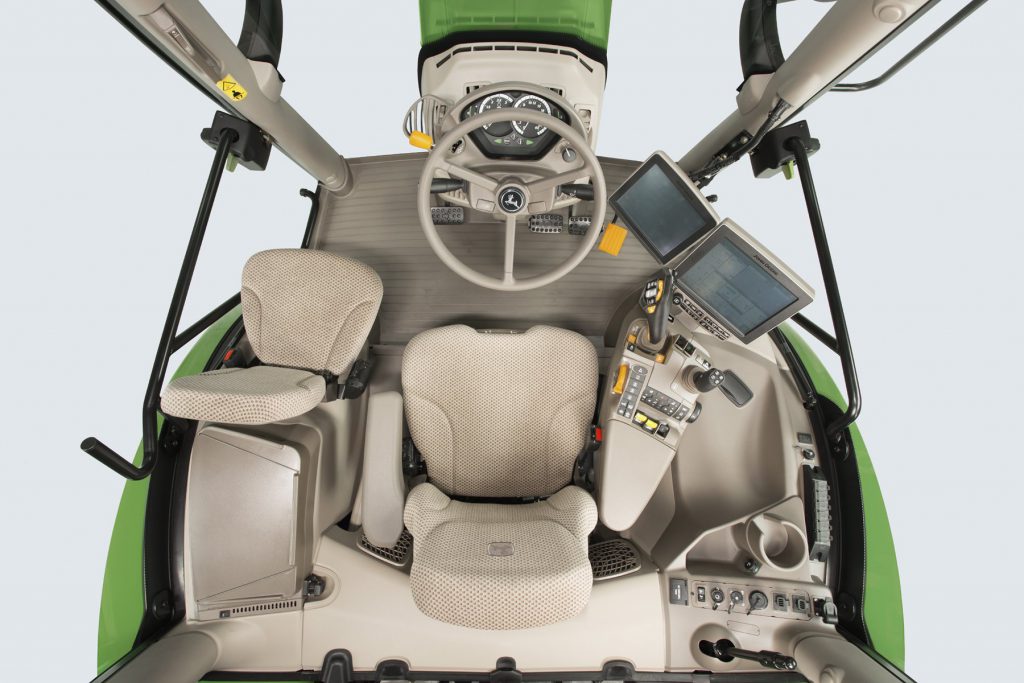 The idea is that other motorists are warned at a distance of 1km of the presence of the tractor – to help prevent collisions and accidents.

According to ETSI, almost 400 fatal accidents are caused in Europe by farm vehicles each year – partly because they are “not clearly visible on the road – especially in rural areas”.

The organisation says that car drivers are often surprised when coming upon tractors travelling at much lower speeds than their cars and, sometimes, occupying the “entire width of the road”. This, says the ETSI, means that car drivers don’t always take evasive action or brake in time.

Halving the number of accidents

Meanwhile, manufacturers of farm machinery are trying to mitigate such risks by halving the number of fatal accidents by 2035.

At last week’s event in Sophia Antipolis, the exhibit comprised the aforementioned tractor, a BMW car and communications equipment from Sensinov and the Agricultural Industry Electronics Foundation (AEF). The exhibit showed how the two vehicles communicate using visual and sound signals.

John Deere responded to this demand by equipping its tractors with modems. But, more importantly, the different road-going vehicles and their means of communication had to be inter-operable.

“So, it was only natural for us to join ETSI – the only European standardisation organisation with the necessary experience in these areas.” 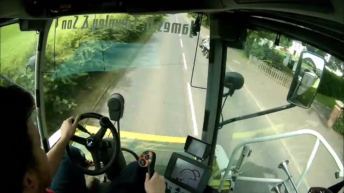