Milk quotas in Europe will be abolished this week. For over 30 years farmers had limits on the amount of milk they could sell. That all ends on April 1, 2015. Here is a selection of tweets in reaction to milk quotas ending.

Video: A short history of milk quotas in the EU, which are now being abolished. http://t.co/8k9lKgQUA9 via #milkquotaend

I’m going to a party tonight where a cow will be milked by hand in a parish hall to celebrate #MilkQuotaEnd. Honestly. I really am. — Kieran Cuddihy (@kierancuddihy) March 31, 2015

Last day of Milk Quotas! – opportunity for growth and expansion is exciting but needs to be managed and sustainable pic.twitter.com/Ao9E3ZRnLc

Comment: Milk quotas end – the battle is won, but the war continues http://t.co/Jc2lYUUk3z

Farmers are preparing for the abolishment of milk quotas:

First of 2015, and one of the last milk quota 99’s…Will we see a price decrease? pic.twitter.com/giXP75xGv6

With farmers around the country hosting parties to mark the end of milk quotas, it seems the overall reaction at ground level is one of positivity. 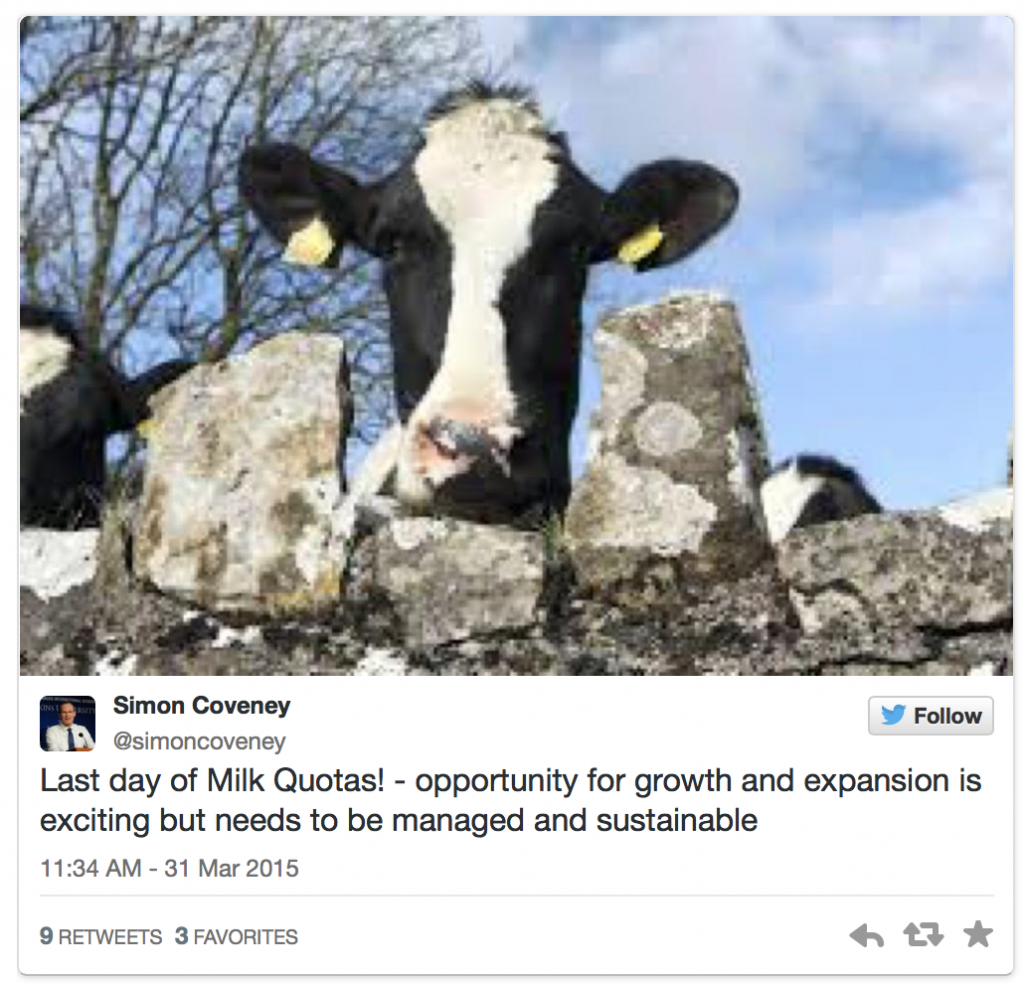 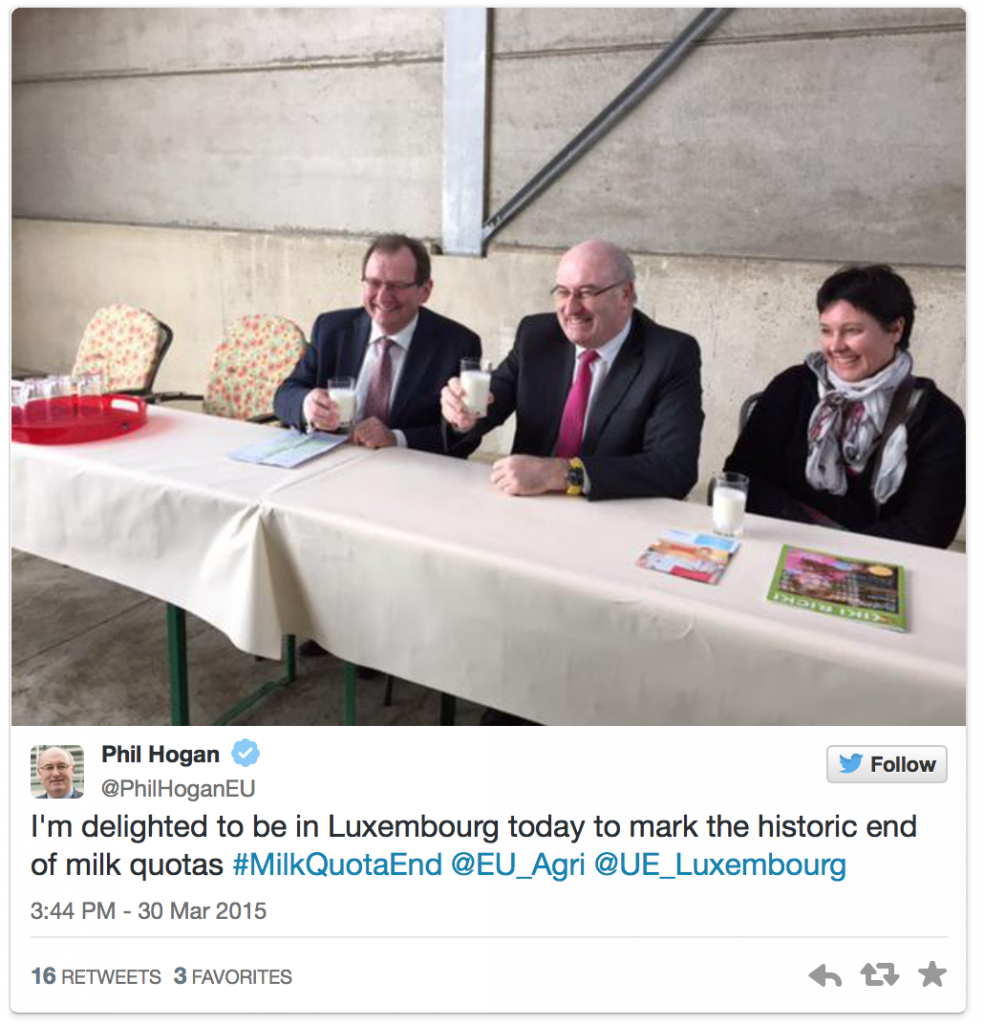 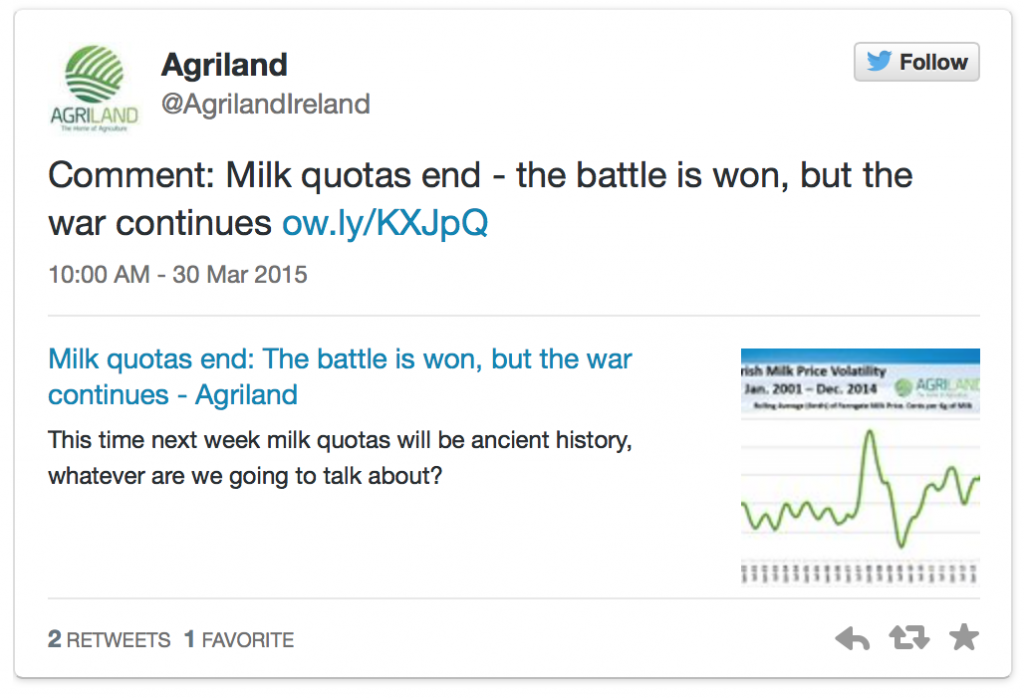 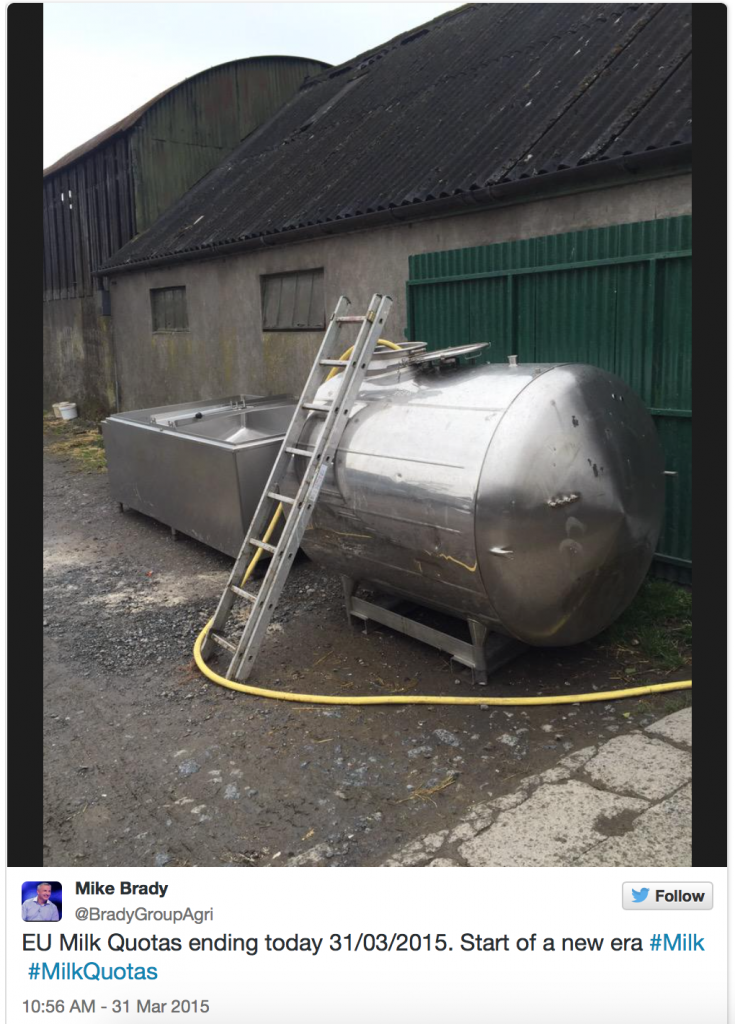 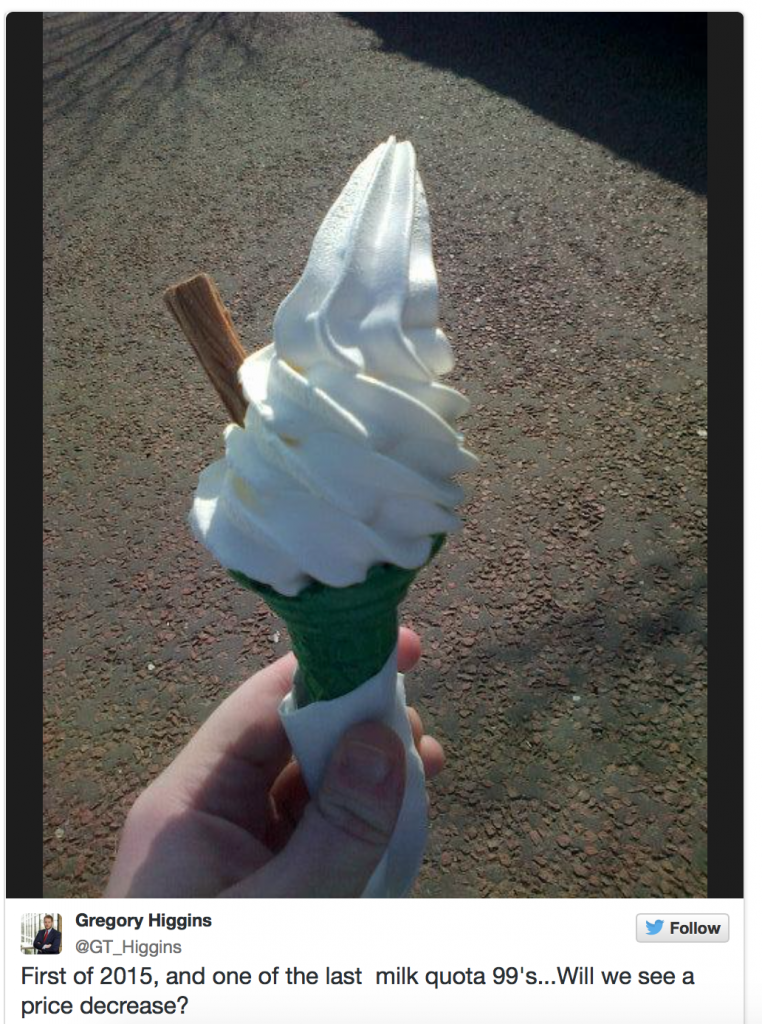 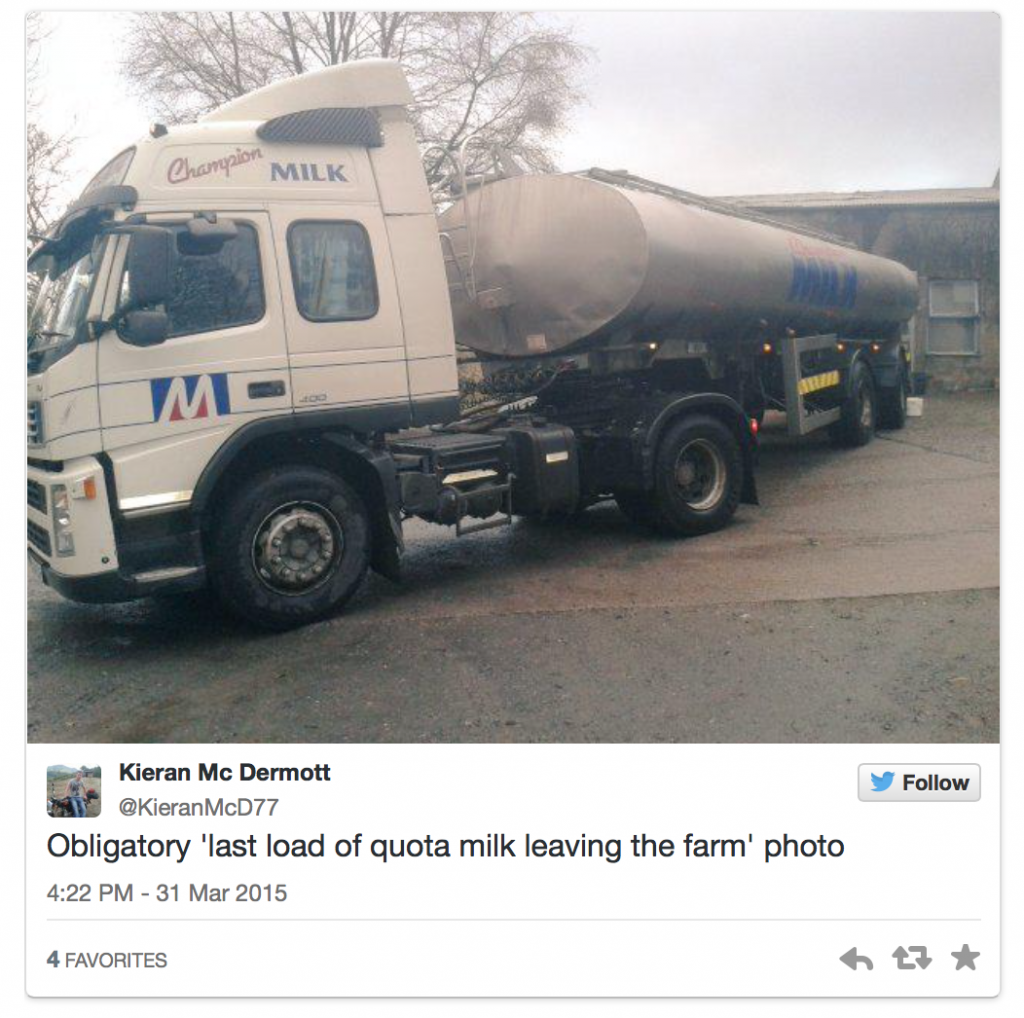 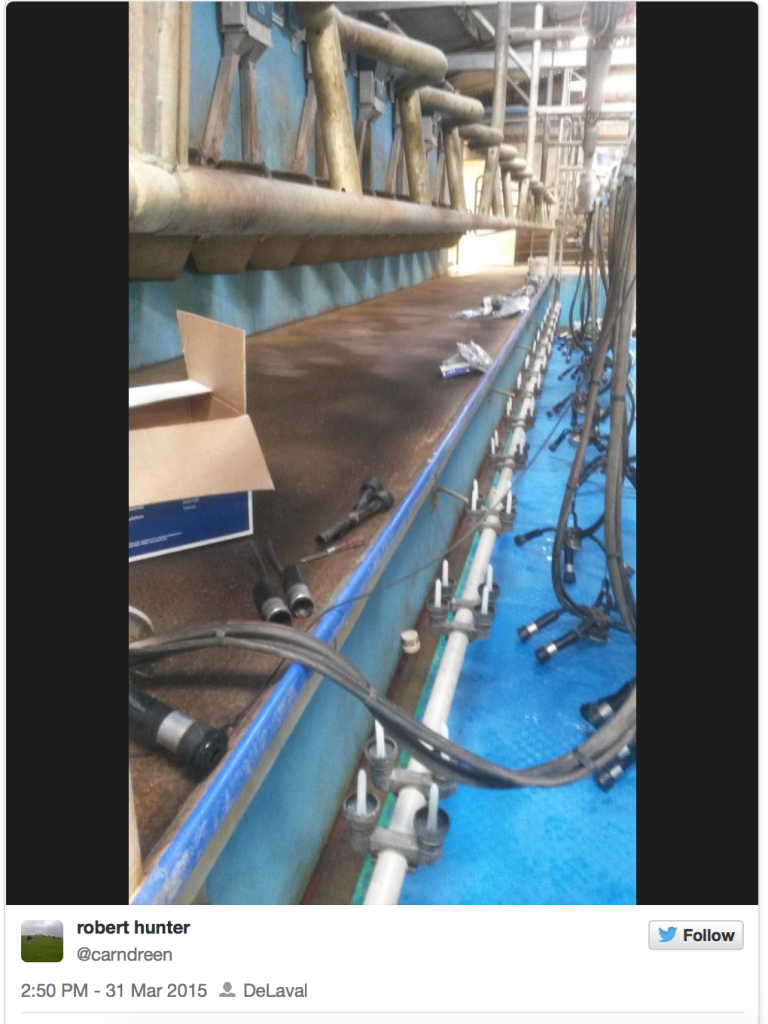