The farmer who bought the whole village a pint 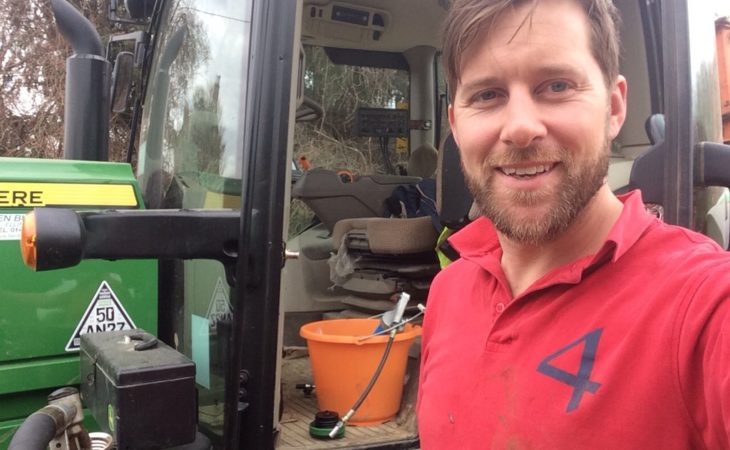 Neighbours of Cambridgeshire farmer Tom Martin can never say he never gave them anything.

Especially after the 37-year-old – who is known as ‘Farmer Tom’ to his social media followers – bought each of the 28 households in the village of Haddon a pint of fresh milk to show consumers some of the good work done by farmers.

Tom said he just wanted to raise awareness of the dairy industry and its ‘Februdairy’ campaign, but word of his good deed has been shared hundreds of times online.

In a letter left along with each bottle, his short message explained that UK dairy was one of just four countries in the world rated ‘A’ for its standards on the Animal Protection Index.

“We can thank our dairy farmers for great, British dairy produce – such as: yoghurt; cream; eggnog; cheese; butter; ice-cream; and of course, milk,” he wrote. “So we thought we’d buy you a pint of the good stuff. Cheers!”

‘Not a dairy farmer’

It might seem surprising, but Tom isn’t even a dairy farmer; he runs a medium-sized cereal farm, growing wheat and barley alongside his mother and father.

Speaking to AgriLand, he said: “We’re mainly arable and we have some sheep too – but, I’m passionate about all areas of farming, and that includes dairy.

“I think we are world leaders in terms of many, many things in terms of food production – and that includes animal welfare.

“A lot of my friends are dairy farmers. They have very high welfare standards on their farms; they are passionate about what they do; they work a lot harder than I do; and [supporting that] just seemed to be a really good thing to do. Particularly after some of the vitriol of ‘Veganuary’, which seemed to really fire up negativity.

“It’s not a big village – I only had to get 28 pints. In our village, it’s not particularly unusual – our neighbours would be very good. They all help us out with different things and we try to help them too. 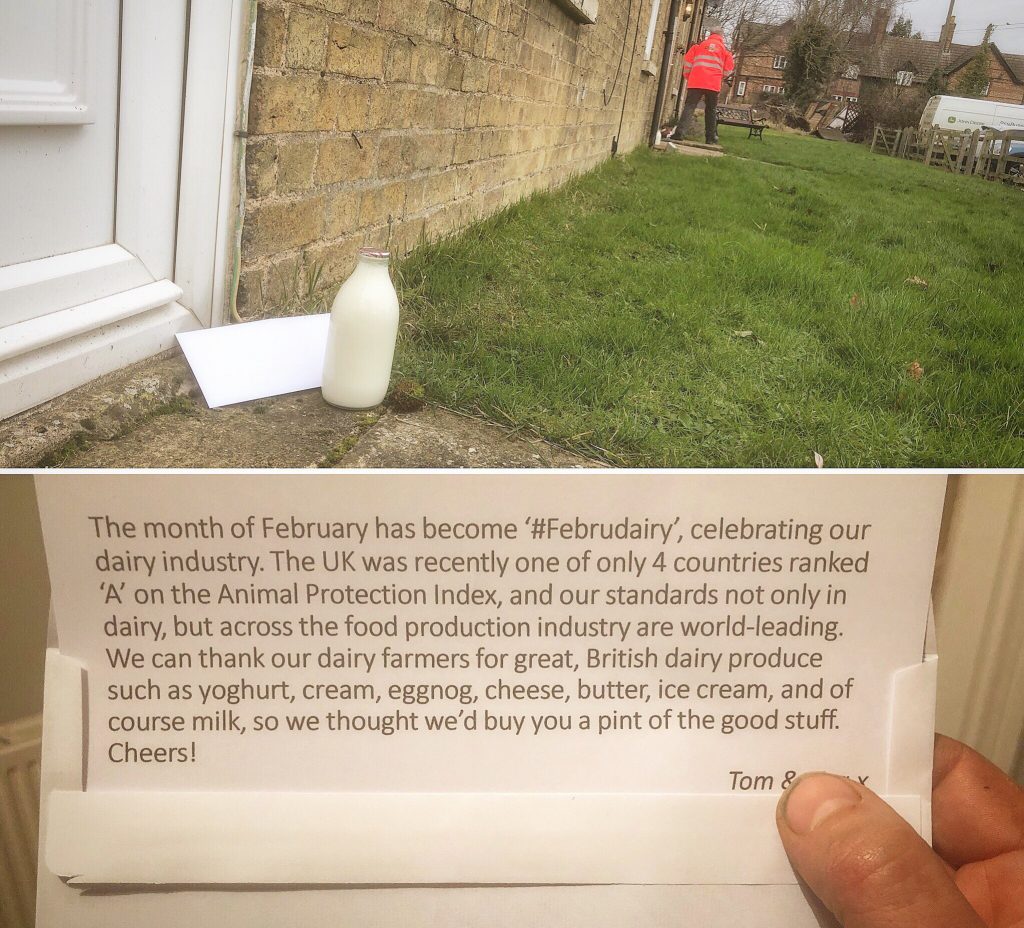 “They park their cars differently to allow us to get through at harvest and being very understanding of what we do as farmers. When my friend launched a tea brand, he gave everyone a box of tea,” he said.

Tom said the response had been “unanimously positive” among villagers – with some even messaging him to tell him what they were using the milk for.

He added some people even said they liked the idea so much they would start ordering their own milk through the milkman.

He said the only negative responses had come from extremists online.

“It’s a good thing I’m thick-skinned,” he said. “I’ve been accused of being desperate to push milk sales – but, I’m not even a dairy farmer; so I have no vested interest in this at all, other than wanting to celebrate a strong and vibrant industry through ‘Februdairy’.”

‘Februdairy’ is an online movement to celebrate all things dairy and raise awareness of the industry; engaging consumers and dispelling the myths surrounding modern farming where necessary.

The campaign was dreamt up by Dr. Jude Capper, a livestock sustainability consultant from Oxfordshire in response to ‘Veganuary’ – a social media campaign encouraging consumers to turn vegan for one month. 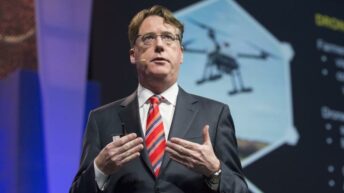 How an Irishman brought the world’s ‘agvocates’ together online