An Tasice calls for development of National Energy Strategy 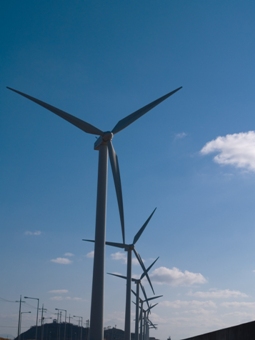 In the wake of the announcement last week by the Minister for Energy, Communication and Natural Resources, Pat Rabbitte TD, that plans to export wind energy from Ireland to the UK are unlikely to go ahead in the short term, An Taisce has asked the Minister to advance a holistic energy plan for Ireland.

An Taisce previously outlined its concern regarding Ireland locking in to the export of electricity while failing to make cuts to energy imports, leaving Ireland’s domestic energy situation extremely exposed.

At the same time Ireland is facing massive penalties and costs through failing to meet its own national obligations on energy emissions.

An Taisce now calls on Minister Pat Rabbitte TD to use the unplanned stand down on the export agreement to plan for its energy future that tackles the twin problems of climate change and energy security.

According to Ireland’s National Trust, the process should be an open partnership and consultation with the citizens of Ireland, the end result being a National Energy Strategy.

Meanwhile, the Institution of Occupational Safety and Health’s (IOSH) Ireland Branch is hosting an event, in Portlaoise, on Thursday 27 March for those affected by wind power. Local authorities, construction and planning bodies, as well as farmers and other rural industry stakeholders, are expected to attend.

IOSH Ireland Rural Industries Section chair Michael Cusack said the day-long seminar is important because it will show how occupational health and safety is fundamental to the wind energy sector.

“IOSH is committed to promoting high standards in safety management and it’s essential that local stakeholders, engineering companies and utility developers can mitigate risk of injury wherever possible.

“We shall look at areas including landslide hazards, noise, transport of abnormal loads and livestock in an effort to inform and educate safety professionals and other interested parties.”

“This is not only a great networking opportunity for all those involved in wind energy production and rural affairs; it will help to keep Ireland’s safety record on track as demand for renewable energy grows.”