Ploughing weather: Sunny spells with temperatures in the mid-teens 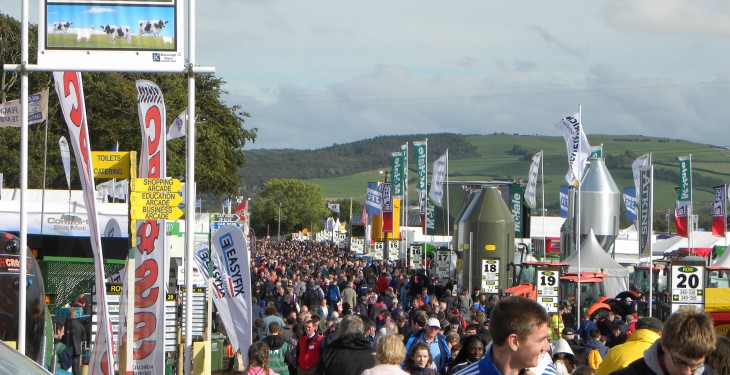 The National Ploughing Championships will get underway today in Screggan, Tullamore, Co. Offaly and the organisers are expecting crowds in excess of 250,000.

Those visiting the first day of the ploughing can expect the weather to be mostly dry with some sunny spells developing during the day.

According to Met Eireann, temperatures will reach highs of 15-17 degrees with light or moderate south to southwesterly breezes forecast.

For those not making the trip to Screggan and planning to stay at home in the west and north, Met Eireann says that there will be some patchy rain or drizzle at times, with coastal areas and higher ground most affected.

Some patchy rain will also affect parts of the west while winds will become stronger along western coasts.

Advertisement
Looking at tomorrow night, midland and eastern areas will remain dry for most of the night, but the risk of heavy showers will increase during the final two days of the ploughing.

Plan your route before hand

In 2015 the first day of the event attracted just over 70,000 people, so the Gardai are asking those travelling to the ploughing to plan their route beforehand and to leave plenty of time for the journey.

Whether you’re travelling from the north, south, east or west make sure to consult the directions to this year’s ploughing site in Screggan, Co. Offaly.

This year there will be over 1,500 exhibitors from around the country and the world, including Australia, New Zealand, Canada and Chile.

And, don’t forget to bring your walking shoes, as this year’s ploughing championships features 25km of walkway around the 800ac site in Co. Offaly.

If your travelling to the Ploughing make sure to check out Agriland’s ultimate guide of what to wear to the event to prepare for every eventuality.