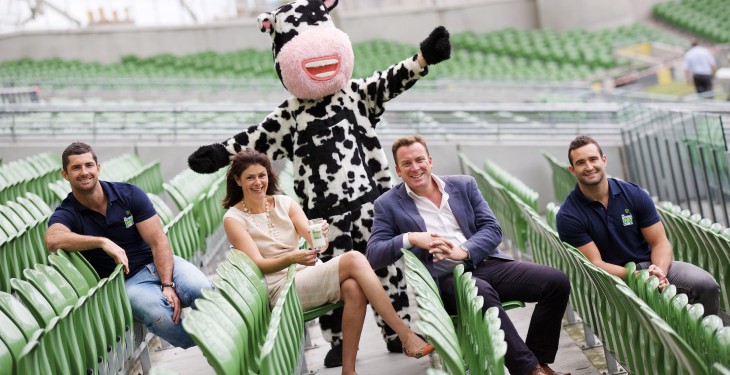 Starting healthy lifestyle habits when you’re young will stand to you for the rest of your life, according to Rob Kearney.

The National Dairy Council (NDC) ambassador and Irish rugby international was speaking at the recent launch of ‘Win With Dairy’ – the NDC’s new campaign to promote Irish dairy.

“Exploring and finding a sport or exercise you enjoy will stand to you in the long term, at whatever age you are and whatever level you are comfortable with.

“However parents have a real opportunity to encourage healthy eating and a healthy lifestyle from childhood – and good nutrition starts with a balanced diet, including dairy,” Kearney said.

Dave Kearney said that their parents, Siobhan and David, actively encouraged them to try their hand at every available sport when they were growing up.

At this year’s National Ploughing Championships, former Irish rugby international Alan Quinlan and hurler Henry Shefflin will be at the NDC stand highlighting the ‘Win With Dairy’ campaign.