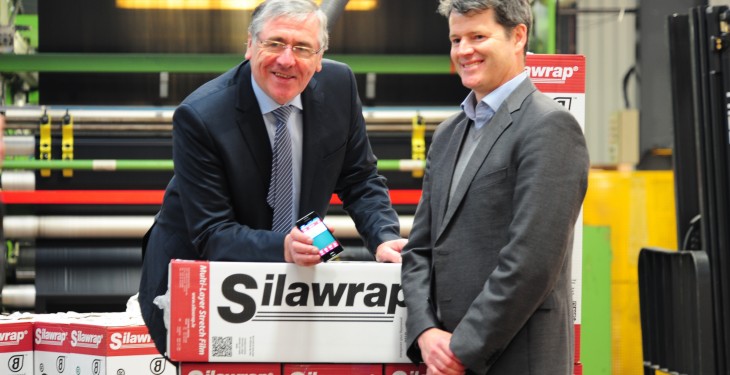 The free mobile app will allow farmers plan and predict their silage crops along with providing free training videos on how best to set up and wrap silage to maximize crop yields.

In response to last year’s fodder crisis Silawrap Ireland, the countries leading manufacturer of silage wrap, has developed the mobile app that provides an automated diary that will assist Irish famers increase silage yields and produce a better quality product.

“The Silawrap team point out that grass is a crop and like all crops reseeding, weed control, harvesting, storage and quality testing are all important links in the chain to successful grass management” said Ken Higgins European Sales and Marketing Manager. “Using Teagasc figures we can conclude that quality silage at 77% DMD is worth €12 or £8 more per bale than 68% DMD when compared to current feed barley costs.” He concluded.

In addition to crop prediction diaries and training videos the app has a unique GPS locator that allows farmers locate and contact their closest Silawrap suppliers instantly.

Silawrap employs 150 people at its plants in Gorey and Waterford producing in excess of 500,000 rolls of Silawrap per annum. The Silawrap plant in Gorey, Co Wexford is busy all year round making plastic for baled silage, Net Replacment Film and maize. The Silawrap brand is an Irish-made product and will be familiar to many farmers. The brand is owned by parent company, ITW Crop Packaging Systems. The Gorey plant has six production lines, with four of those producing bale wrap. A fifth line makes maize plastic, Net Repalcment Film and the sixth line is for industrial product.

Silawrap is sold in Ireland as well as UK, Europe, New Zealand and Australia.

Watch how Silawrap is produced below:

Pictured at the launch is Ken Higgins European Sales and Marketing Manager with Tom Hayes Jr Minister for Agriculture.