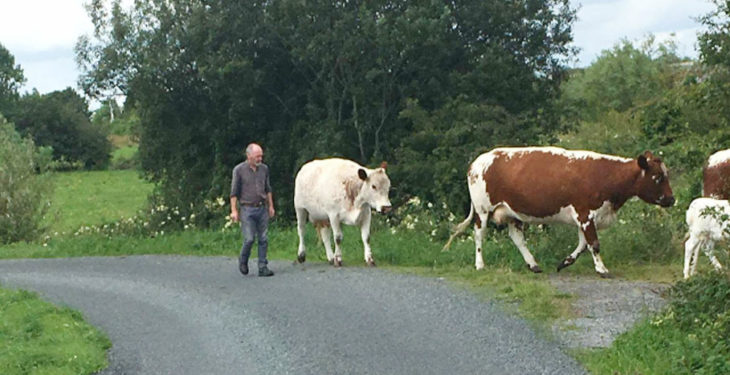 Award-winning raw milk cheese made in Co. Roscommon is going down a treat for its distinctive taste in some of the country’s top restaurants, specialist shops and food markets. Sculptor James Gannon produces Cloonconra cheese on his wife’s 35ac family farm in Castlerea.

“I had been keeping an organic Irish moiled suckler herd as they were easily managed when I was working away as a sculptor. When the crash came, work disappeared overnight,” he said. “Cheese seemed to be the highest value-added option. With nobody else making cheese from a native Irish breed, it had a good unique selling point,” he contended.

Gannon got his licence in 2015, after completing some courses and getting advice from other producers. “Difficulties included: persuading suckler cows they were dairy cows; dealing with the sheer weight of paperwork as a small producer on my own; planning; and water quality,” he said.

“I converted part of the parlour into a cheese room. I got a part-refundable grant from the local Enterprise Board,” Gannon said. He makes a fresh soft cheese and a mature farmhouse Tomme for winter sale.

Both are very simple to make although I spent over two years developing the mature cheese. They depend on very good quality grass-based milk to develop their complex flavours.

Cloonconra cheese has been attracting widespread praise from food critics and influencers in the hospitality industry. Food specialist Georgina Campbell has described the original product as “a soft farmhouse cheese with a delicate citrus flavour and rich, creamy texture”.

She said that the traditional recipe used, which does not involve pasteurisation, allows for a soft cheese to develop in just a few days, while maintaining the freshness and complexity of flavour from the Irish moiled cow milk.

Approximately one tonne of the product is produced every year, between mid-March and mid-October, from the herd of 14. “They are not high-yield milkers and my whole emphasis is on keeping the quality good.”

Most is sold to hotels and restaurants in Galway, Mayo, Sligo, Leitrim and Dublin. They include: Kai, Galway; The Lodge at Ashford Castle; The Oarsman, Carrick-on-Shannon; Belleek Castle, Ballina; and Thyme, Athlone.

Some specialist shops such as Sheridans and McCambridges, Galway; Listons of Camden Street, Dublin; and the Irish Farm Cheese Shop, Drogheda, stock the product. Gannon also sells at the Stoneybatter Market on Saturdays.

“We will increase production next year but are limited by farm size,” said Gannon. “There is some interest from food tourism which we would like to develop. I see huge potential for food tours in the centre of Connaught.”

Logistics are a challenge in the distribution of a fresh product, but he has overcome this by coming to an arrangement with another artisan producer, on shared deliveries. 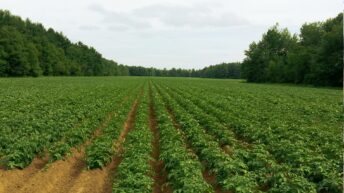