It’s been an active day on the sheep showing ground at the first day of Balmoral Show 2018 today (Wednesday, May 16).

Judges have had their work cut out for them to choose from the high-ranking flocks on show from across the province. Here are the results from the action so far.

Sean Doyle from Castlewellan clinched the Hampshire Down championship. It was a good day out for the breeder also winning the Perpetual Challenge Cup for the best Hampshire Down sheep.

It was also a special day out for Jake Wells from Portadown who won the Boardmills Cup.

The accolade recognises the best-placed animal in the Hampshire Down sheep classes shown by a club member who has not won a first prize at any previous Balmoral Show.

It was a good start to the show winning both Champion and Reserve Champion ewe and the Champion ram title. 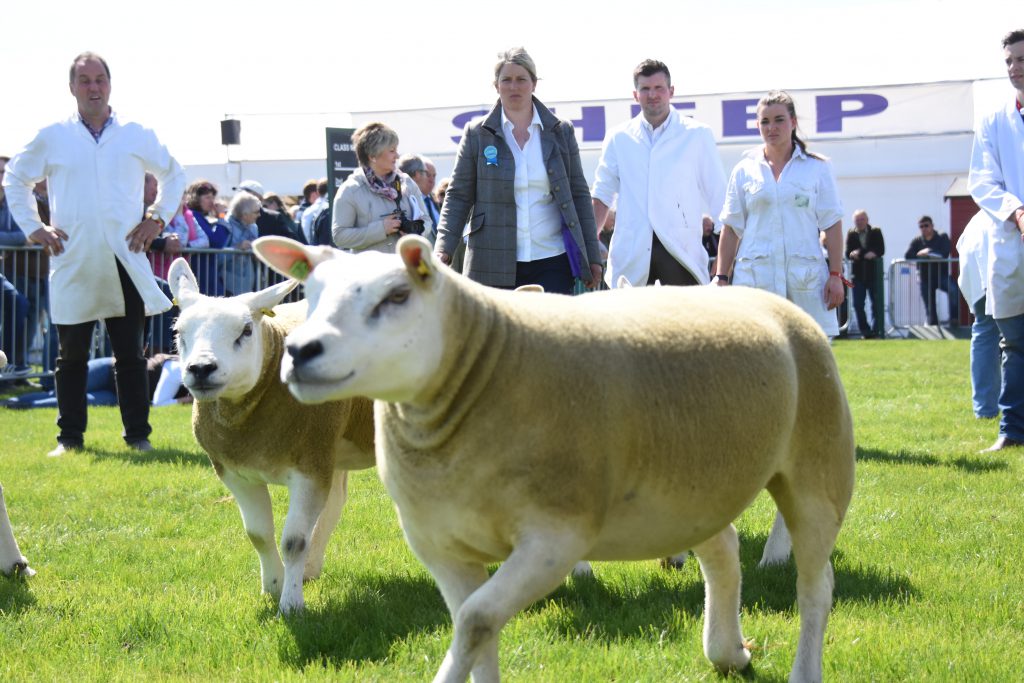 Crumlin breeders did well in the Texel section – Jack Moses won the Texel Championship with Reserve going to Mark Patterson, also from the village.

Best ram lamb (other than the Champion) went to Patterson, with Reserve going to Naomi Ardis from Hilltown.

Moses won best shearling ewe and best ewe with two shears having reared a lamb in 2018.

C&D Cromie from Ballynahinch won the Magoran Perpetual Cup for the Zwartble Champion who also won the shearling ewe class.

Best group of three went to Caroline Lyons from Ballynahinch with Reserve going to Rachel Megarrell from Londonderry.

Megarrell also won the best pair of Zwartble lambs born in 2018 at Balmoral.