Queen of the Land to be crowned this weekend 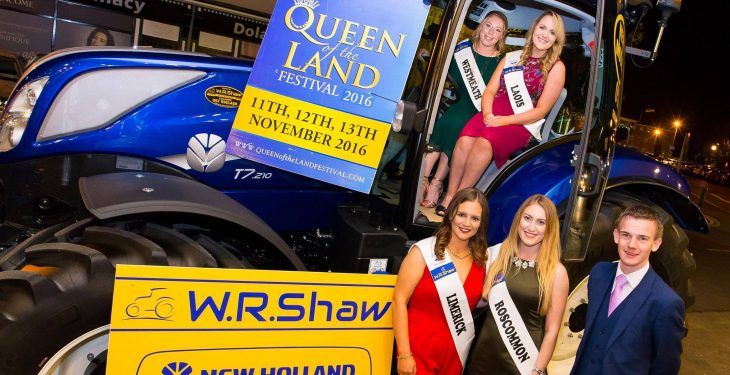 This weekend will see 32 competitors take part in the W.R. Shaw Queen of the Land Festival, with representatives from Ireland, Scotland, England and Northern Ireland.

The festival, which is one of the main highlights of the Macra calendar, is set to attract visitors from all over Ireland to Tullamore Co. Offaly.

W.R. Shaw, one of the largest suppliers of New Holland tractors in the midlands, has been in the farm machinery business since 1982 and has returned as the main sponsor of the festival this year.

The festival will be hosted in the Bridge House Hotel in Tullamore, while the competitors will take a tour of the surrounding areas over the course of the weekend.

The schedule for the festival will include a tour of of Clonmacnoise and the Tullamore Dew Heritage Centre for the Queens, the festival Gala Banquet while the winner will be crowned on Sunday, November 15 at midnight.

On Saturday morning the 32 competitors will be interviewed by a judging panel,  which will include the reigning W.R. Shaw Queen of the Land Christine Buckley.

Other judges include W.R. representative, Billy Shaw, and Anna-Marie McHugh from the National Ploughing Association who was also crowned Queen of the Land in 1989.

Meanwhile, Frank Forde from Castlebar, Co. Mayo who is a comedian and impersonator will be the MC for the weekend.

Entertainment over the course of the weekend will include music from The Greatest Day, Legacy, Joe Wynne and Secrets.

Weekend entertainment tickets for the festival and the Gala Banquet are still available, while admission is also payable on the door for the opening night, on-stage interview and crowning ceremony. 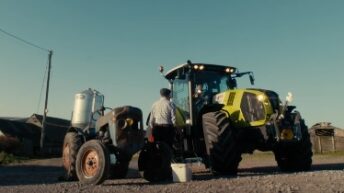 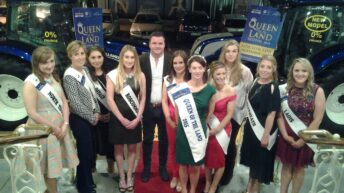