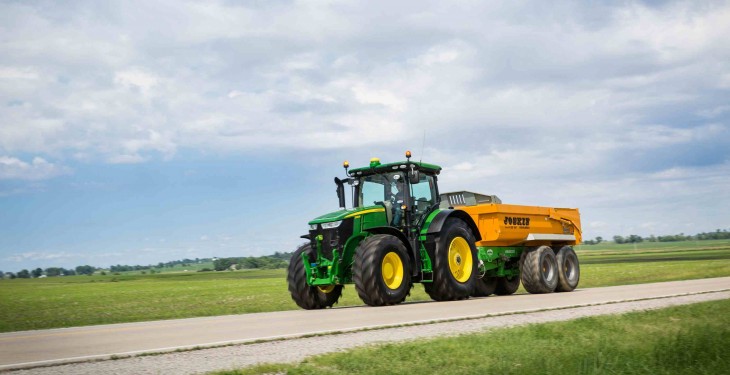 The Department of Environment in Northern Ireland has opened a six-week public consultation on the feasibility of increasing the weight and speed limits for agricultural tractors and trailers on public roads.

In March this year, the Department for Transport in Britain introduced legislation, which increased the speed limits for tractors. Previously restricted to 32km/hr, an agricultural tractor can now travel at 40km/hr in that jurisdiction.

“Increasing the speed of tractors on our roads and their permitted weights would undoubtedly be beneficial for the agricultural community, which is a vital component of our economy,” said Durkan

“I am constantly seeking ways to support our key industries and that is why I am seeking to introduce the British legislation.

“I must, however, be mindful of any potential impacts on road safety.”

Commenting on this matter an Ulster Farmers’ Union spokesperson said that steps have already been taken across in GB to increase tractor speeds and weight limits.

“This is something the UFU is interested in looking into further. We will be taking the proposals to our policy committees for discussion and will respond in full to the consultation.”

In addition, all existing agricultural tractors, self-propelled agricultural machinery, agricultural trailers and interchangeable towed equipment, which are capable by design of either being driven or drawn at speeds over 40km/hr, must also be fitted with a speed disc.