One farmer arrived out to his shed yesterday evening to the surprise of triplet Holstein Friesian calves, two bulls and a heifer.

Shane Fitzgerald, from Portlaw, Co. Waterford, said that it was an amazing sight to arrive out to and that he has never seen triplet calves in his life.

“I’m in a farm partnership with my father and he’s never seen triplets either. He couldn’t believe it when I told him.

“The cow calved them herself and she was 11 days before her time – she wasn’t due until January 20.” 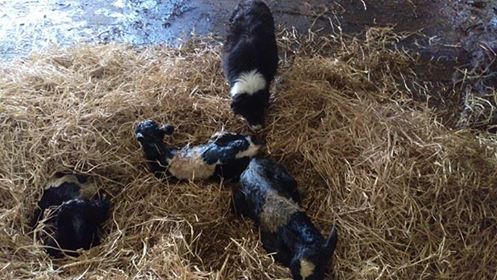 “We hadn’t scanned her, we only knew she was in calf after she was milk tested.

“It was unexpected but they’re all healthy and running around the place now. The cow is fine too, she’s on her fourth lactation.” 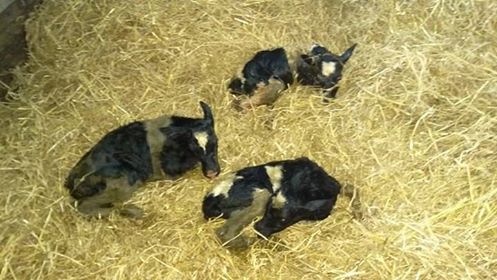 Fitzgerald said that he was installing a new calving gate earlier this week and that they had been preparing for the calving season.

All the activity was happening on the other side of the wall while he was finishing off the calving gate, he said.

“I saw that she was on her side alright, but didn’t take too much notice, she had the three of them a few hours later.

“For the three of them to be alive is a miracle,” he said.