New mowers and tedders at Grassland 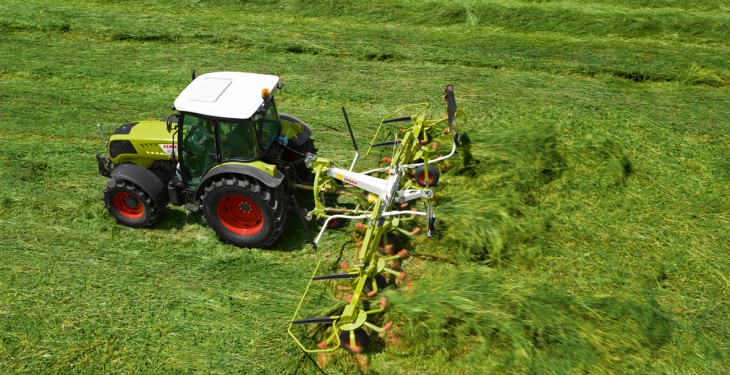 On display at this year’s Grassland and Muck 2014 will be the latest additions to the Claas Disco mower and Volto tedder ranges.

Two new front mowers, the Disco 3200 F and FC, have been added to the Claas Disco mower range which replace the popular Disco 3100 Profil. Three new Volto tedders have been introduced – the 900, 800 and 700, all of which feature a max spread crop flow concept.

The new Disco 3200F/FC mowers have a mowing width of 3.00m and are available either as a straight mower (F) or with a tine conditioner (FC).

According to Claas, the new design features an improved safety frame and access to the cutterbar has been made easier to help reduce routine maintenance and make it easier to carry out jobs such as changing the mower blades.

In common with the rest of the Disco mower range, the new Disco 3200F/FC is fitted with a new updated P-Cut mowing bar, which is designed to leave a clean finish and can be used at just 850rpm to help reduce fuel consumption by up to 16 per cent, Claas outlined.

Another feature that has been developed specifically for Ireland and the UK is the ability to tilt the mower bed forward using an adjustable spring system on the top of the mower.

“This avoids the need in certain conditions, such as in a laid crop, to have to alter the length of the top link that can then reduce lift clearance,” Claas said.

It explained further: “The mower bar is fitted with seven mowing discs with two knives per disc. Each disc is protected using the Claas Safety Link system whereby a defined shear point protects the drive and brings the drive to the disc to an immediate halt in the event of an overload.”

“To leave the best possible finish in undulating conditions the mower bed is pulled from the very low pivot points rather than being pushed across the field,” Claas added.

The Disco 3200F/FC is fitted with Walterscheid universal drive shafts as standard, with a 250h lubricating interval. Hydraulically folding protective side covers are also available as an option.

The Disco 3200F/FC is fitted as standard with spring suspension, but the Claas Active Float hydraulic suspension system is also available as an option.

“Using two single-acting hydraulic rams, as ground conditions vary active float enables the mower’s ground pressure to be adjusted from the cab on the move, so that forage quality and an even stubble height is maintained,” the company outlined.

Following the introduction a year ago of the Volto 1100, which was the first in a new range of tedders featuring the revolutionary max spread crop flow concept, Claas has now extended the range with the addition of three new models.

All three new models feature the new max spread crop flow concept. “Instead of straight spreading arms, the max spread concept uses slightly angled arms to improve crop flow through the tedder. The tine arms are cranked by 29 degrees, this generates a 33 per cent longer collection phase as the tines move the grass from the ground,” Claas outlined.

It added: “As a result of this improved flow through the tedding rotors, this creates a greater space for the crop to pass through, so helping increase throughput but also provides a wider and more even spread pattern.”

The gearbox has continuous lubrication and is connected via massive square tubes, the company explained.

“Power is transmitted between the rotors via the well proven, maintenance free permalink drive concept. The round spreading arms are secured to the rotor plate and stabilised via an additional support ring and each of the rotors are fitted with five-coil 9.5mm diameter tines.”

For different crop conditions, the spreading angle can be adjusted between 16 degrees and 12 degrees, without the use of tools.

“The standard specification includes a manual headland crop guard with the option of hydraulic folding.”

In addition, all three new Volto tedders incorporate a new heavy-duty headstock and include the patented Claas CKL suspension system that has been updated. They also feature a mechanical braking cone, whilst two strong springs on each side balance the tensile and compressive forces and provide smooth operation of the machine. 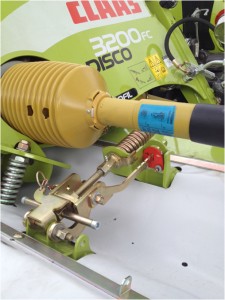