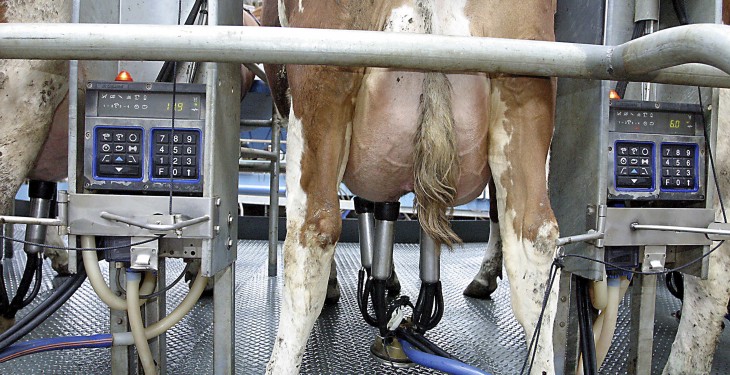 This figure relates a downward production trend in with the country  7.15% and 6.51% over in October and November last respectively. But the December figure is significantly above the 1.63% over-quota position of this time last year.

The quota year will end on 31 March 2015 when EU milk quotas will be abolished.

Minister Coveney has said the downward trend in the over-quota figure is welcome as it reduces the exposure of farmers to superlevy payments.

He also said that the monthly intake of milk in December was 18% down on the same month last year and this suggests that dairy farmers are continuing to take the necessary on-farm measures to stay close to quota limits.

“I would encourage prudent management by farmers of their output in these final three months of the quota regime to help ensure that they enter the quota-free world with as little debt as possible. I am also continuing to work closely with other EU Ministers and with Commissioner Hogan to examine if measures can be taken at EU level to minimise the impact,” he said.

Spreading superlevy bill over a number of years

The idea of spreading the 2014/15 superlevy bill over a number of years, at an interest free rate, first mooted by the Minster prior to Christmas, has gained some traction in the European Commission.

According to ICOS, there currently is a legal examination of the proposal underway to see if it complies with state aid and competition law in the EU.

ICOS says it supports the initiative, but it can only form part of the solution to help farmers and their dairy co-operative businesses over what will be a difficult year for them in terms of cash flow and income.