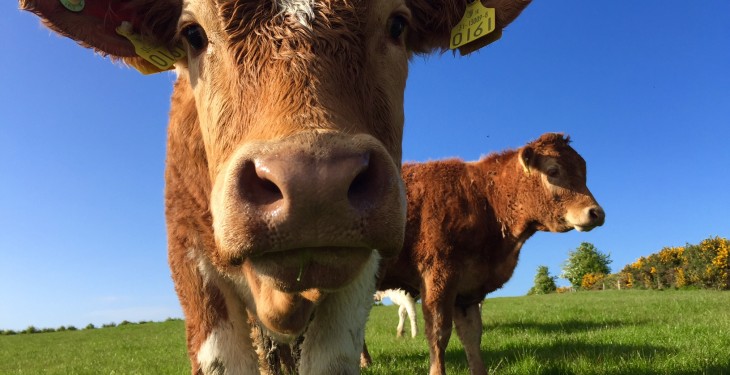 This weekend will be a humid one and there will be a lot of dry, warm weather with some hazy sunshine along with a few cloudy periods, according to Met Eireann.

There will be more good sunshine again today, Friday, but a little fair weather cloud once again.

The day will be dry overall, but Met Eireann has said that the odd shower may develop in the southwest of the country.

Temperatures will be high again today, reaching 21 to 23 degrees generally, but they will be in the high teens along northern and eastern coasts due to onshore breezes. Winds are forecast to be light and variable in direction.

Overall, Met Eireann expects rainfall for the next seven days to probably be below average in many areas, but will probably be around normal in some Atlantic coastal areas.

Meanwhile, mean soil temperatures are currently 2 or 3 degrees above normal and should remain so, or rise a higher over the next few days.

Tomorrow, Saturday, is expected to be warm and dry in most places, with some hazy sunshine, the best of which will be in western and southern areas.

Met Eireann has said that cloud will increase gradually in more northern and eastern areas, giving some scattered showers and with possibly some sea mist and fog locally also.

Tomorrow, top temperatures will range between 18 to 23 degrees, again, the best in western and southern areas.

It will be very humid overnight on Saturday, with the showers likely to be that bit more widespread, a few heavy and possibly thundery.

Temperatures overnight will be above 10, in all areas and not likely to fall below 13 or 14 degrees, in some parts.

Sunday is forecast to be another humid day, with a mix of hazy sunshine and cloudy misty periods.

Temperatures will range from the high teens to the low 20s. Met Eireann has said that the heat and humidity will set of some further heavy, thundery showers, with some downpours locally.

However, some coastal areas are likely to hold dry, but some patches of sea mist or fog may linger. Again, it will be humid overnight, with some mist and fog, but the showers will die out.

Bank Holiday Monday is forecast to continue mild and close, with temperatures of 17 to 21 degrees.There will be some hazy sunshine about, but cloudy periods too, which Met Eireann has said will lead to some showers.

Some of the showers will be heavy and possibly thundery, with some sea mist and fog also.

It is forecast to be mild, but changeable through much of next week. It will be dry and fairly sunny at times, but rain or bands of showers, will roll in off the Atlantic from time to time.

Current indications suggest that it will be less humid during next week, with moderate southerly breezes.

Still, there will be spells of dry and fairly sunny weather, but bands of rain or showers will move in from the Atlantic from time to time.