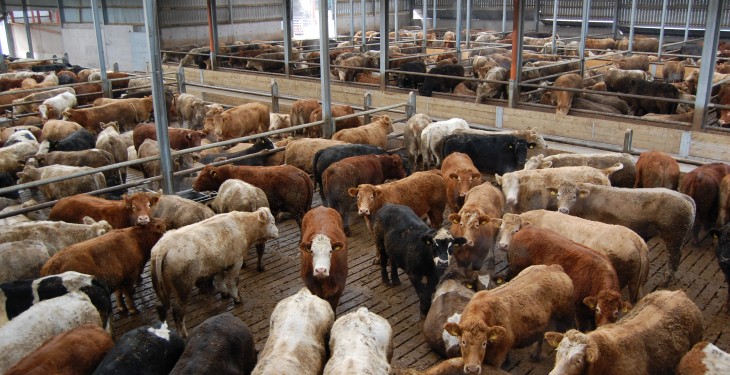 Farmers selling cattle this week can expect to be quoted 380c/kg for steers and 390c/kg for heifers, as procurement managers have maintained quotes at last week’s level.

Early last week beef factories moved to drop the base steer and heifer price by 5c/kg. This move by processors was mainly due to an increase in throughput numbers in recent weeks.

Continuing on from last week’s price drop, a number of procurement managers suggested that prices may ease in the coming weeks, as cattle supplies have shown very few signs of easing in the short term.

One procurement manager told Agriland that they would have to turn away stock in the early part of this week because numbers have increased on the back of last weekend’s heavy rain.

Another cattle buyer added that cattle supplies have continued to remain strong, while the markets for Irish beef have been weaker than desired.

Cow prices have also eased by 10c/kg in some factories, with early quotes for R grade cows sitting at 310c/kg, O grades at 290c/kg, while farmers selling the plainer P grades can expect to be quoted 280c/kg.

The number of prime cattle slaughtered in Irish beef plants continues to rise on a weekly basis.

Figures from the Department of Agriculture’s beef kill database shows that the combined number of steer, heifer and young bull slaughterings increased during the week ending August 28.

According to the Department, just over 23,600 prime cattle were slaughtered during the week ending August 28, a jump of almost 4% or 871 head compared to the week earlier.

However, despite the increase in prime slaughterings, official figures show that the weekly aged bull kill declined by almost 16%.

While the number of cows slaughtered during the week ending August 28 increased by 419 head or 6.2% compared to the week before.

According to Bord Bia, the British cattle trade continues to meet a robust trade due to tight supplies and relatively good demand, with demand best for steak cuts.

Demand for beef in France remains slow as retail promotions focus on domestically produced mince and rump steaks, but Bord Bia hopes that it will pick up in the coming weeks.

In Italy, little change has been reported in the market this week. The latest R3 young bull price was up 4c, on average making 380c/kg while the O3 cow price was around 4c higher making 252c/kg. 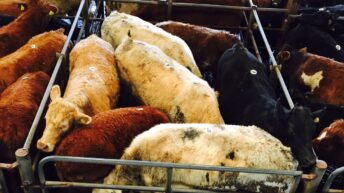 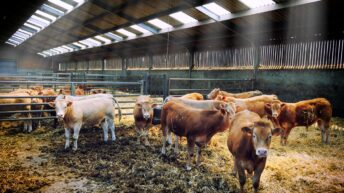