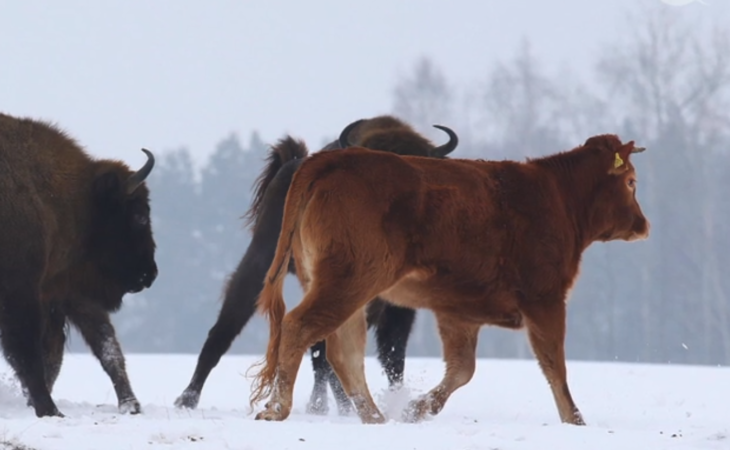 A Limousin heifer has appeared to escape her domestic confines to spend the winter in the wilderness of a Polish forest with a herd of bison, according to local reports.

Situated in the Bialowieza Forest, on the border between Poland and Belarus, the Limousin has joined up with a group of around 50 bison, according to Polish publication TVN Meteo.

Reportedly spotted by a local birdwatcher – Adam Zbryt – the heifer is believed to have escaped from her owner in late October / early November, and has been with the bison since November, when first noticed, according to TVN Meteo.

Advertisement
It was noted that the heifer keeps on the outskirts of the group, slightly apart from the main gathering; but, nonetheless remains alongside the bison.

While the heifer purportedly appears in good health and has been protected by the herd from the harsh elements and local predators – such as wolves – regional experts are concerned for the heifer and believe that they will have to intervene and separate the animal from the group before summer at the latest.

Locals are concerned that if the heifer breeds with the bison, it will endanger her with a hybrid calf that could be too large for her to deliver, as well as contaminating the bison herd – which is an endangered species – with crossbreeds.

To date, the heifer remains with the herd, as TVN Meteo notes that she has often been seen near the village of Wasilkowo to the north of Hajnowka, Poland. We don’t envy this heifer’s owner in trying to take her back! 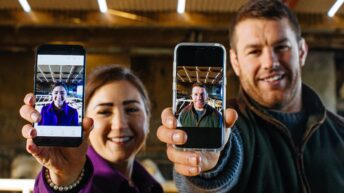 Farming in photos: Want your ag image seen by millions?