Brothers Pat and Michael Farrelly – from Kells in Co Meath, are helping to dispel the myth that robotic milking systems and pushing to secure maximum milk output from grazed grass are not compatible. Operating the largest Lely robotic outdoor grazing system in Europe Agriland decided to pay them a visit.

“In fact I would argue that the greatest strength of the Lely robots is their total suitability to operate within a grass-based system,” Pat told Agriland.

Pat went on to confirm that the cows are currently averaging 5,500 litres with good fat and protein. This year, the plan is to feed around 400 kilos of meal per lactation.

The breed makeup of the herd is centred on Kiwi Friesian: Jersey cross cows.
“We have a simple rule of thumb,” he added.
“Cows with a strong Black and White heritage get a Jersey bull while animals showing a Jersey preference get a Kiwi bull.
“We are totally committed to a Spring calving policy. And, in fact, one of our aims for the future is to further tighten down the calving and breeding seasons.”

Pat explained that the robots are used primarily to harvest the milk from the cows and to quickly identify high cell count animals early.

“But irrespective of that, the ability to have real time access to individual cows’ cell count levels is extremely valuable as a herd management tool. All of the cows are artificially inseminated and we use tail paint to identify cows in season.

“As part of the package installed we did opt for the Lely auto shedding system. This is an invaluable management tool, as it means that we can isolate individual cows whenever required.”

So what actually encourages cows to come up for milking, if they are not receiving large quantities of meal from the robot?

“The prospect of fresh grass,” came the immediate reply from Pat.

“Good grassland management goes to the very heart of the farming system that we are operating. Initially, we operated a strip grazing system. That didn’t work, leaving us to conclude that the only option would be to invest in a bespoke network of permanent grazing paddocks.

“And that has worked. Our grazing area is divided up into a series of paddocks, each approximately one hectare in size. At this time of the year, we are able to achieve a 15 day rotation with those paddocks that get ahead of us cut for baled silage.

“In addition, we cut two main crops of silage annually, the first around the third week in May. The cows only receive half a kilo of meal from the robot when they come up for milking.

“Each cow gains access to fresh grass after milking, courtesy of the Lely Grazeway system. The animals also have the option of lying up in the cubicle house prior to them returning to the paddocks, should they wish to do so.”

An extensive network of well-kept farm roadways is another feature of the Farrelly farm. Pat and Michael have also tweaked the system so as to provide the cows with the maximum level of enticement to come up for milking. One of these is the placement of drinking troughs on the roadways only.

“We have never had any trouble encouraging the cows to either adapt to the Lely robots or to come up for milking,” Pat continued.

“Yes there will be a couple of cows that might need pushed up to the robot on a daily basis. But the great advantage of the robots is the fact that they are identifying these animals for us.”

Pat would not comment on the level of investment required to install the robots and associated management systems.

“Our business plan was based on a break even milk price of 22 cent per litre,” he said.

“And yes the returns that we are getting at the present time significantly exceed this figure. But, on the other hand, our actual costs well exceed the initial estimates. And this is to be expected with any business start-up. But I can confirm that we are well ahead now of where I thought we might be once we committed to the robots.”

Pat went on to confirm an annual maintenance fee per robot of €1,700 is paid to Lely.

At the present time there is one month in the year when milk is not produced on the Farrelly farm. But, significantly, Pat does not regard this as downtime.

“The break in milk production allows us to acclimatise all the in calf heifers to the robots and the Grazeway system,” he explained.

“As a result, they are fully acclimatised to the milking systems on the farm, as soon as they calve down.”

“We place a particular focus on rearing our replacement heifers well. They must calve down at twenty four months in peak condition. We regard our heifers as the most valuable asset on the farm.” 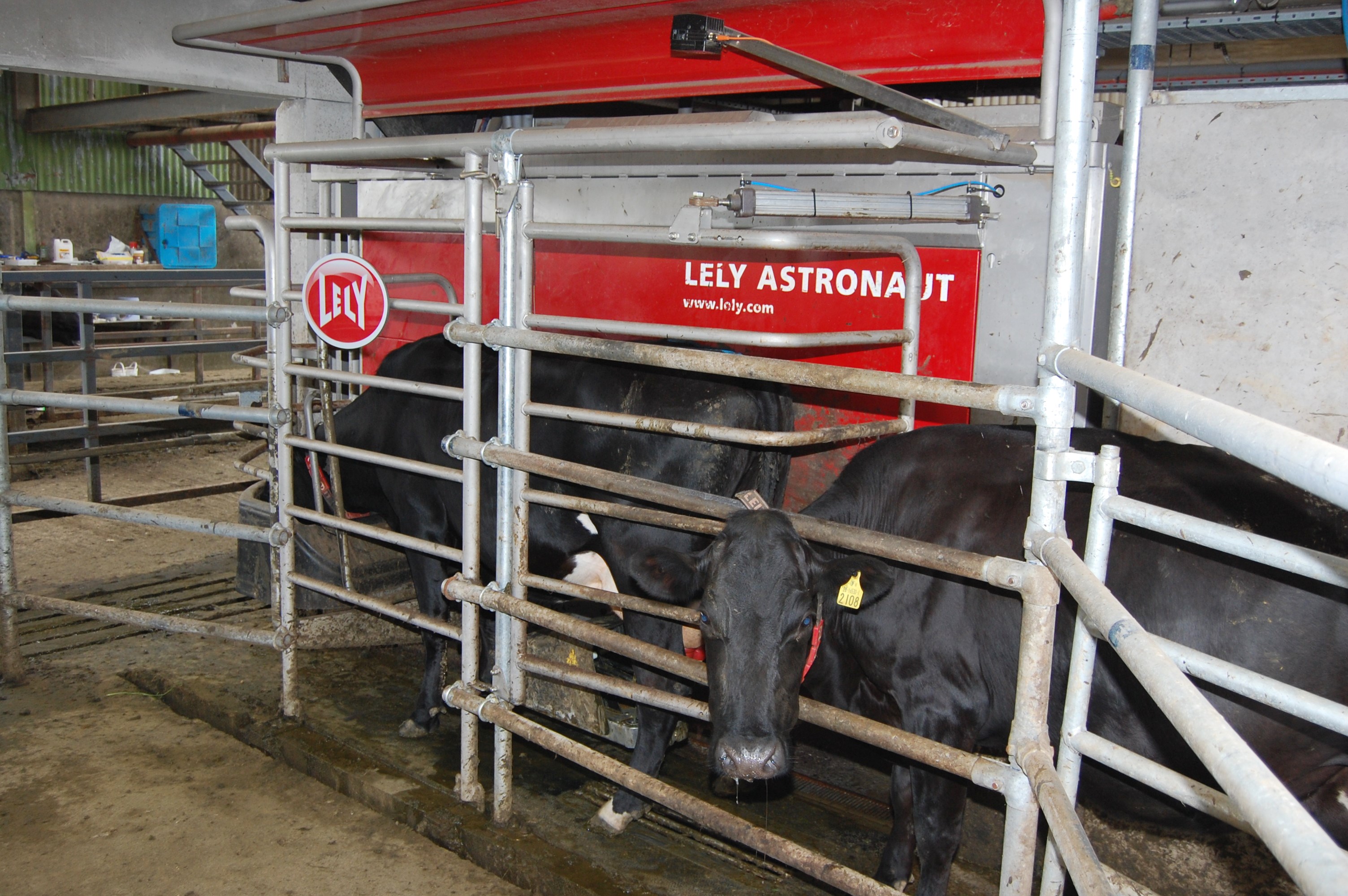 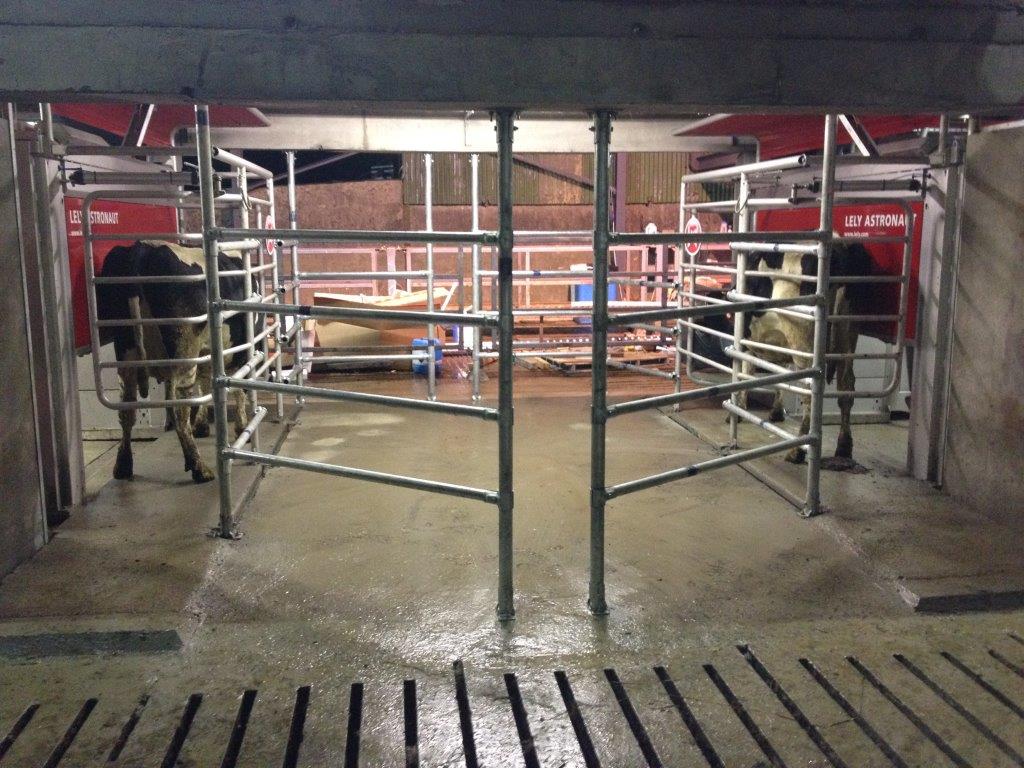 Two of the Lely robots in action. 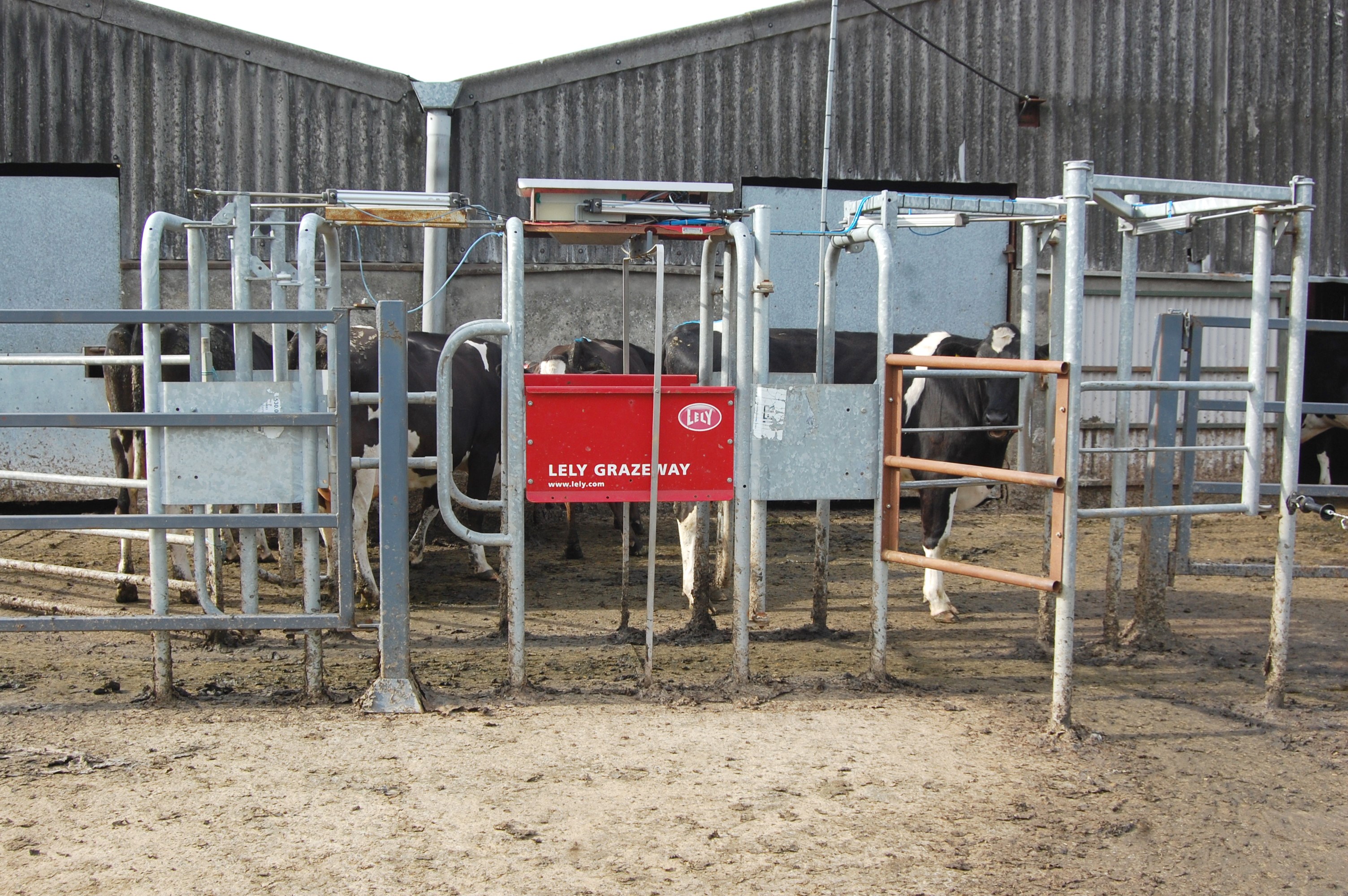 One of the Lely Grazeway cattle management systems. 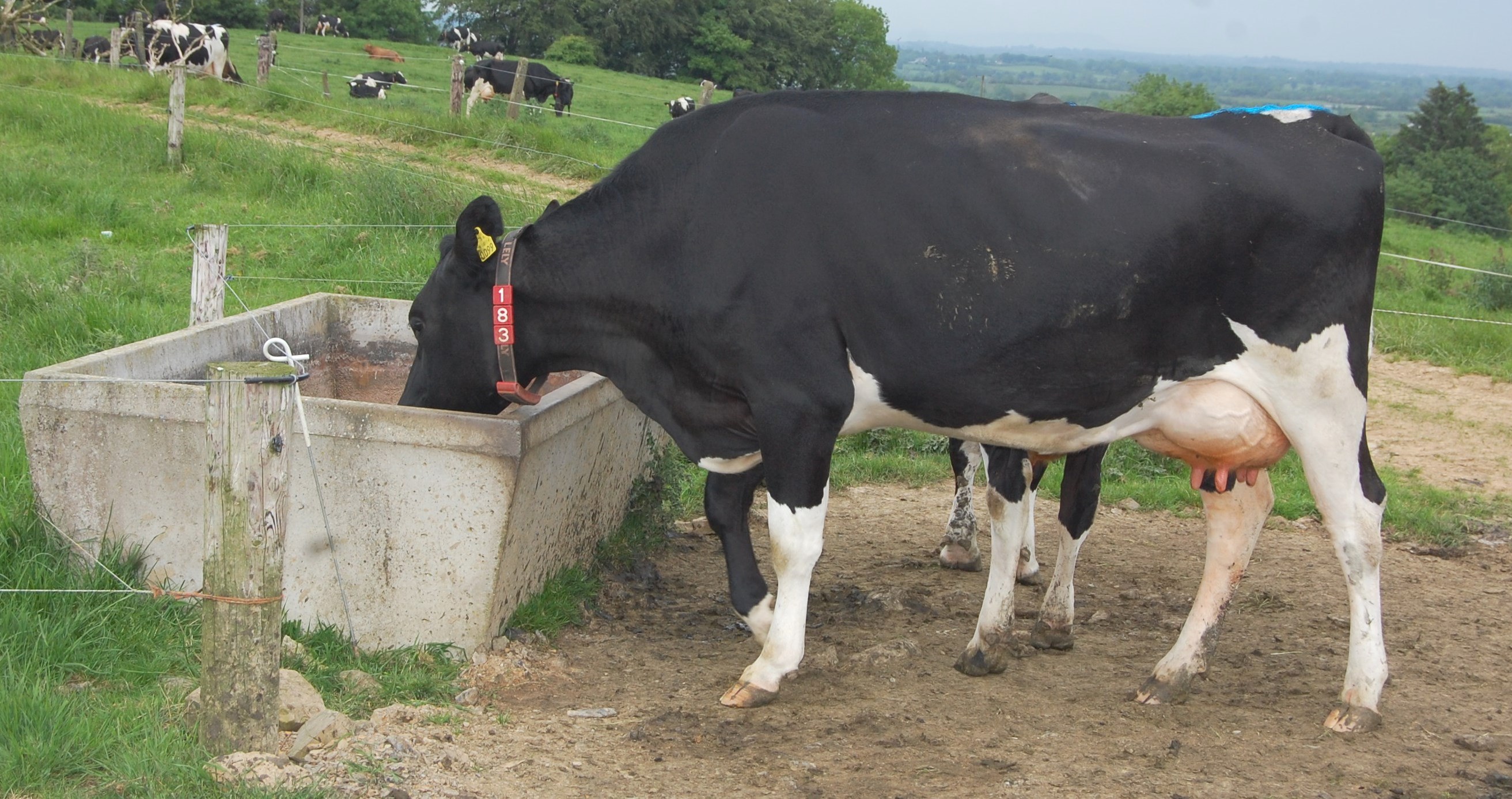 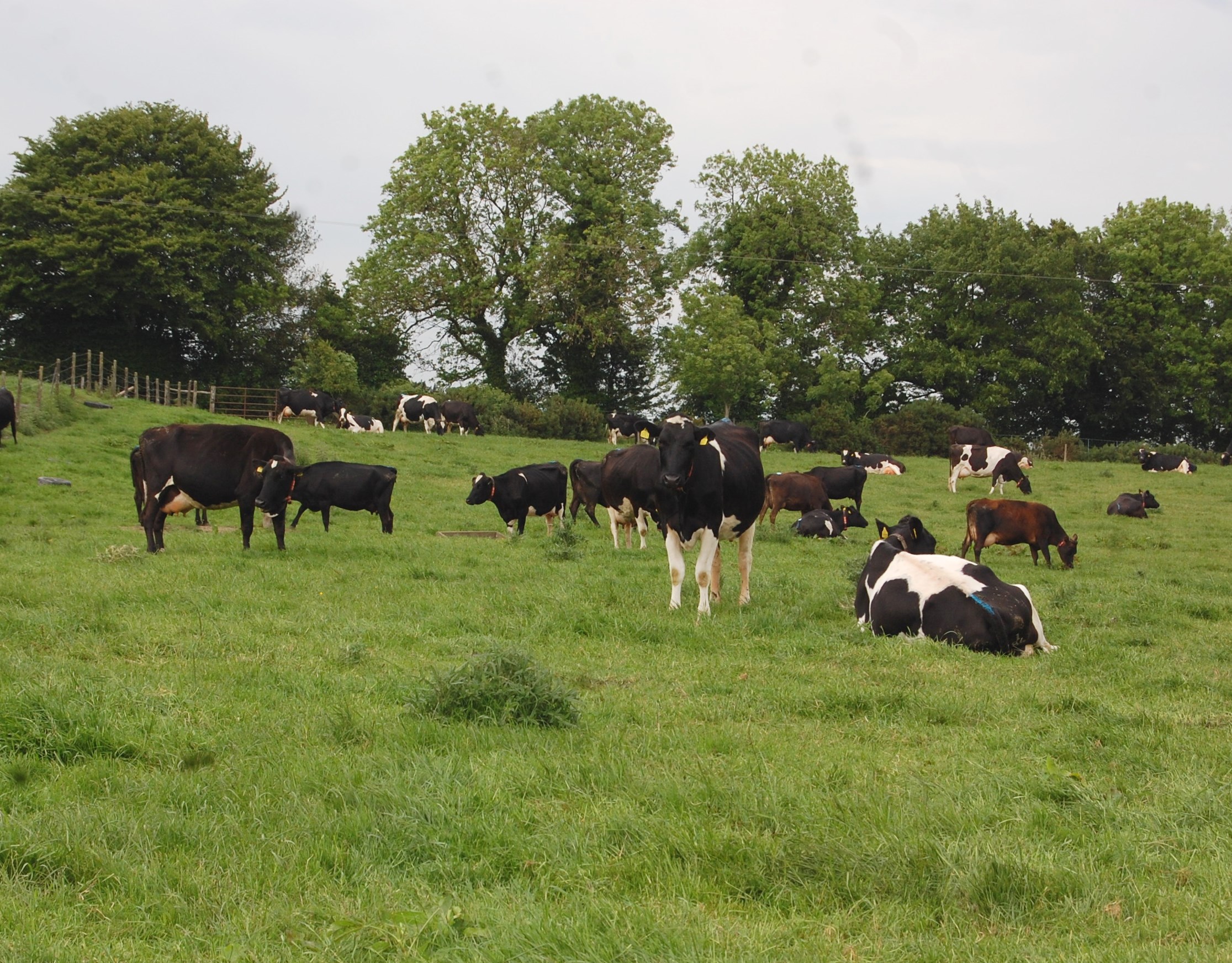 Cattle grazing in a paddock. 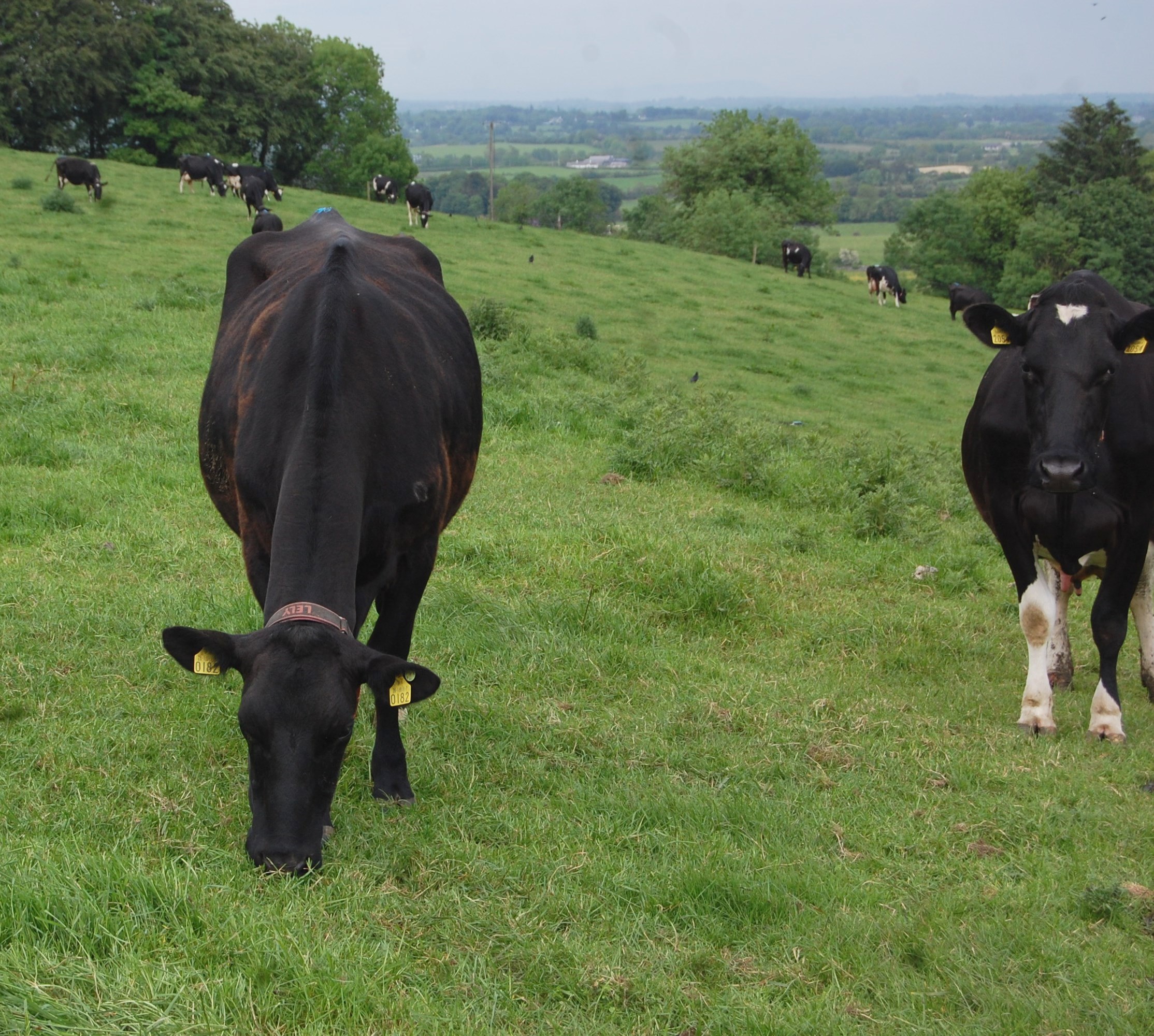 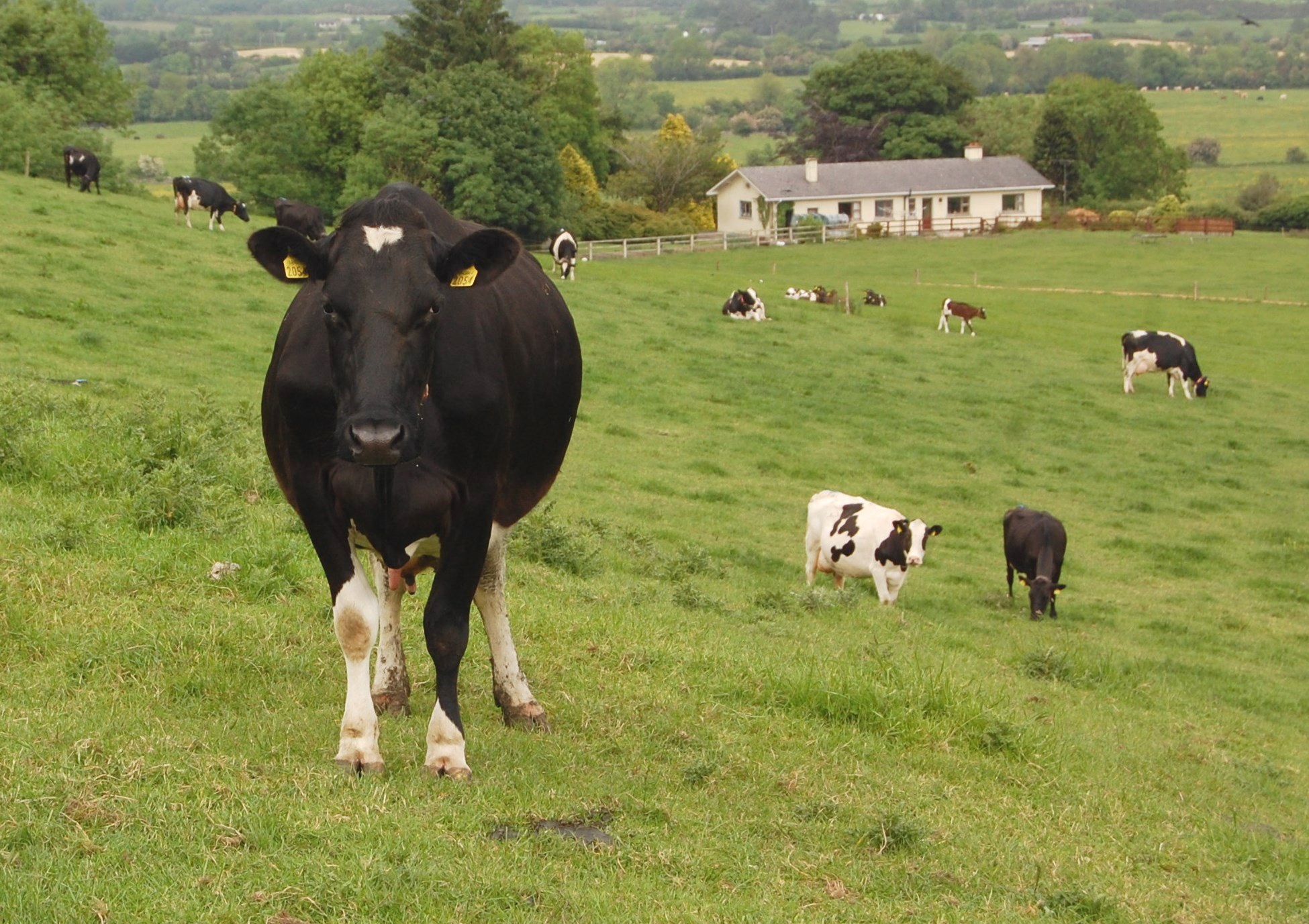 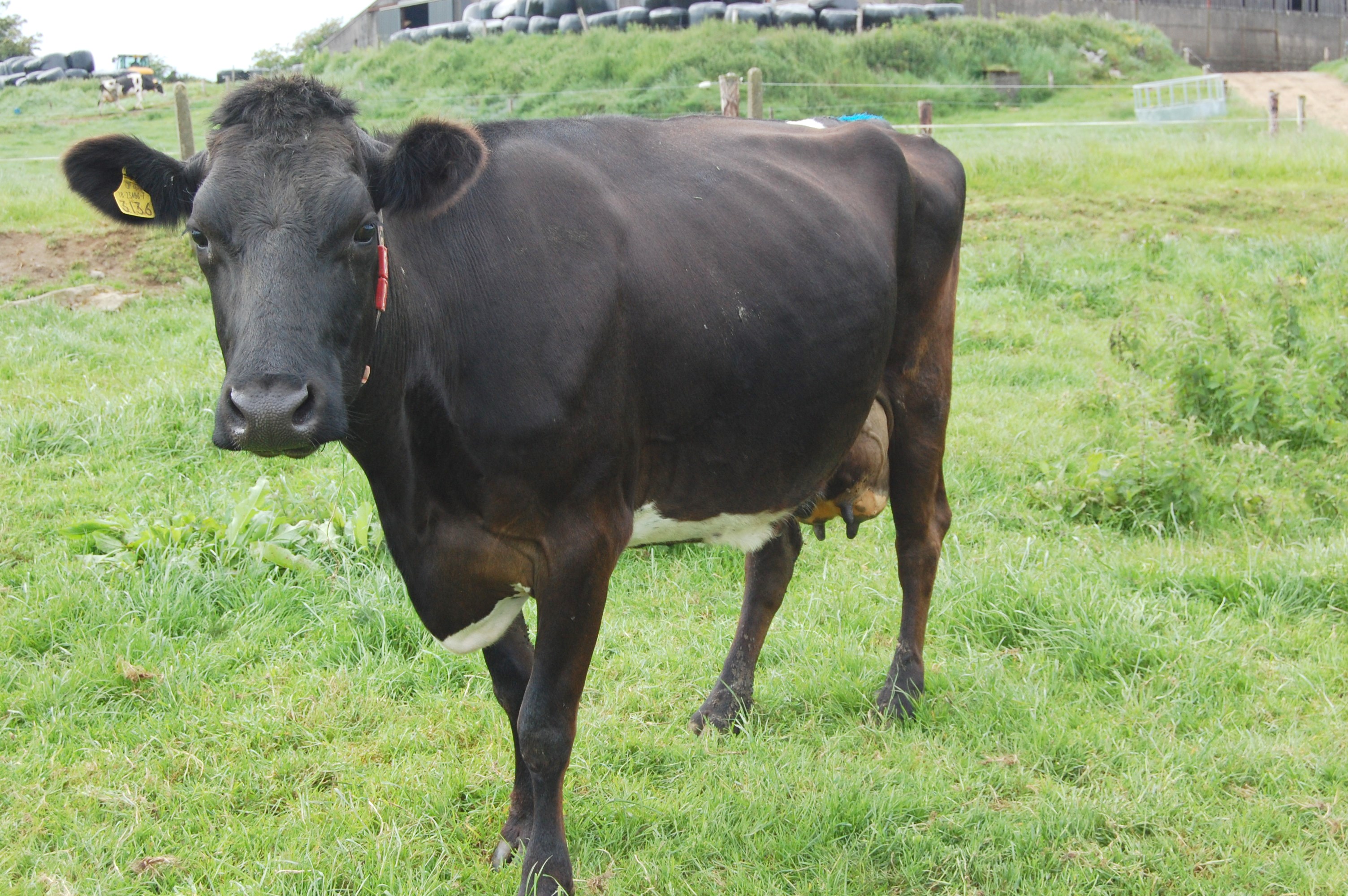 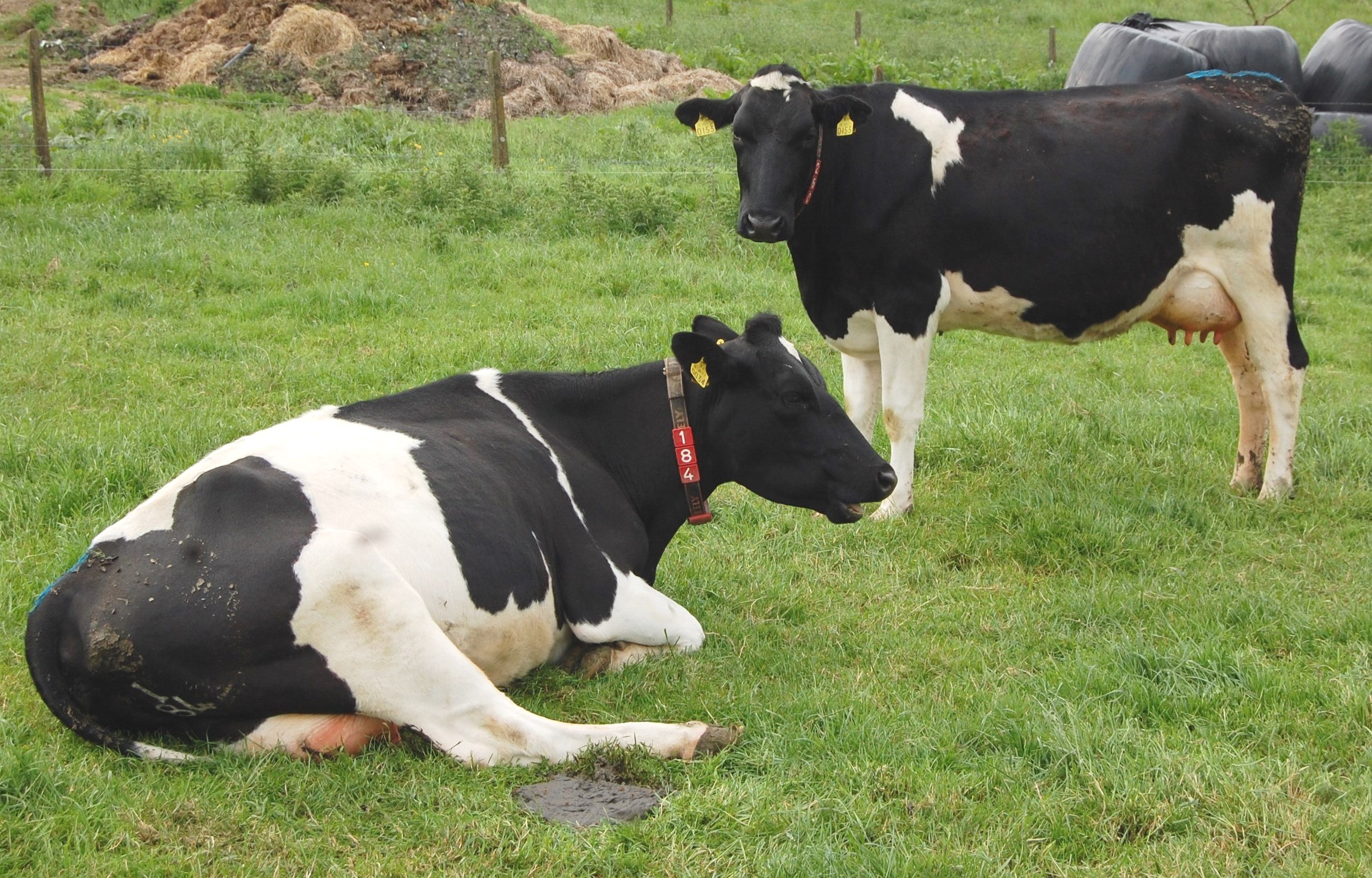 All cattle are fitted with their own unique transponder for identification. 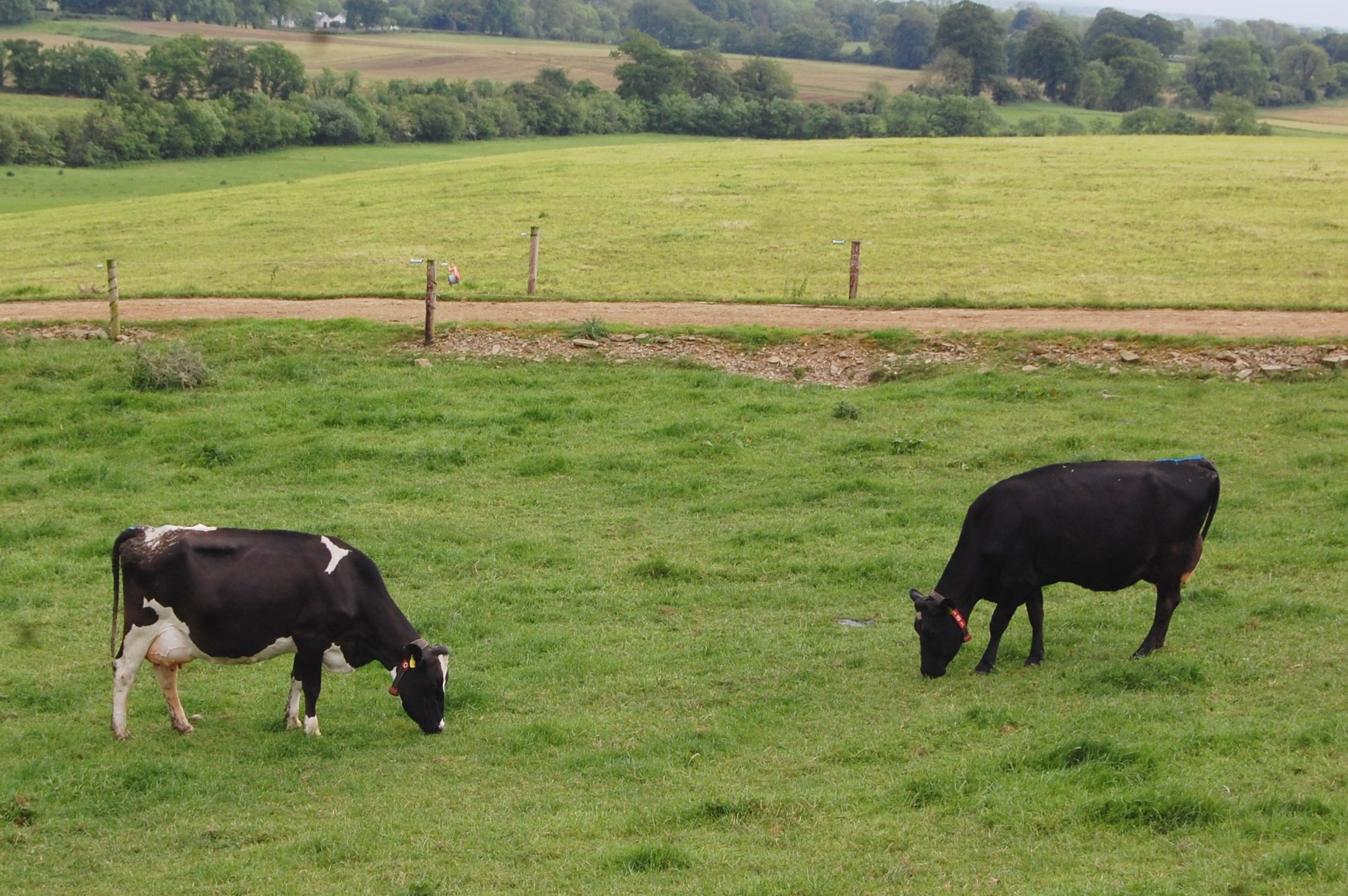 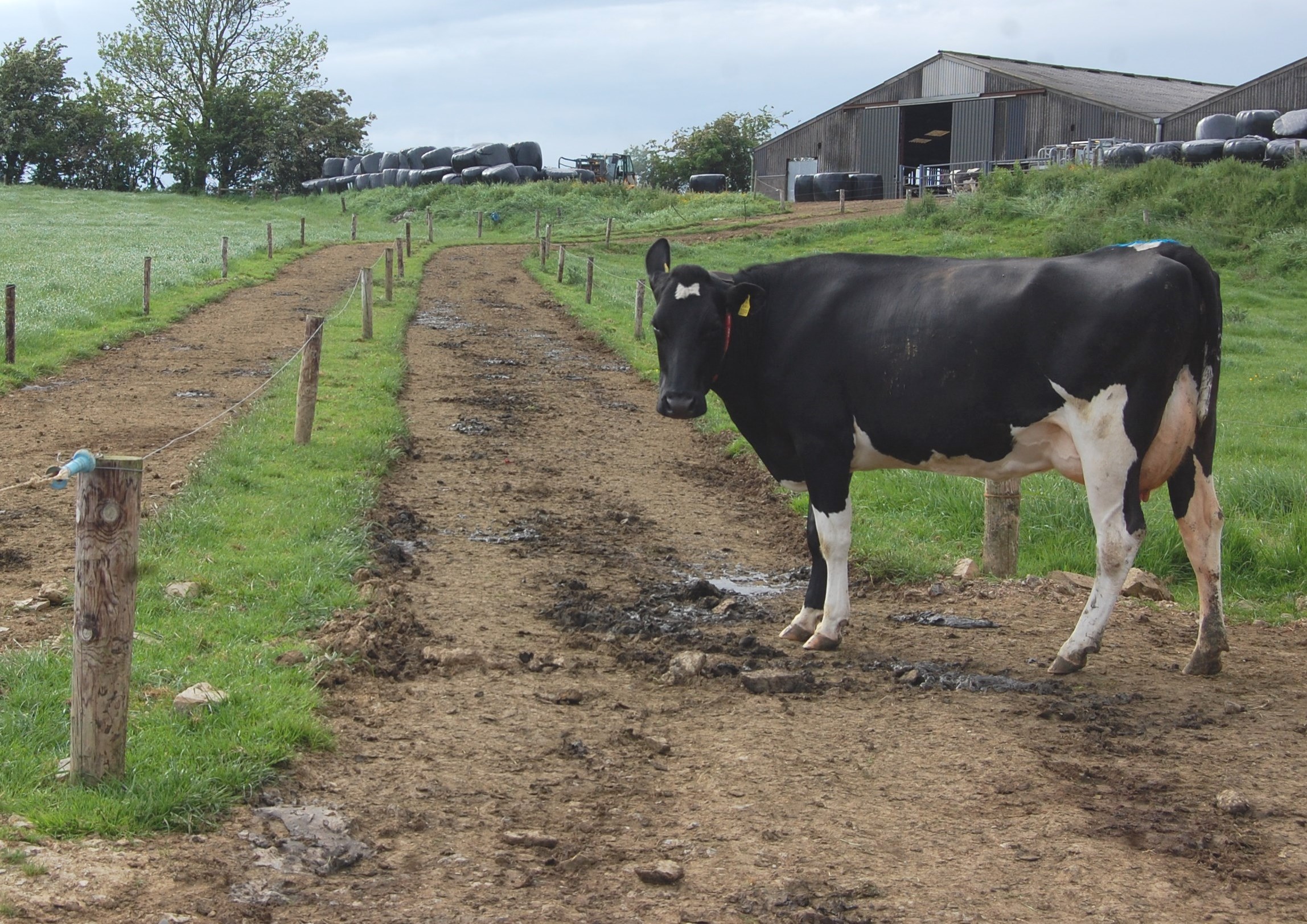 Laneways have been split with an in and out pass 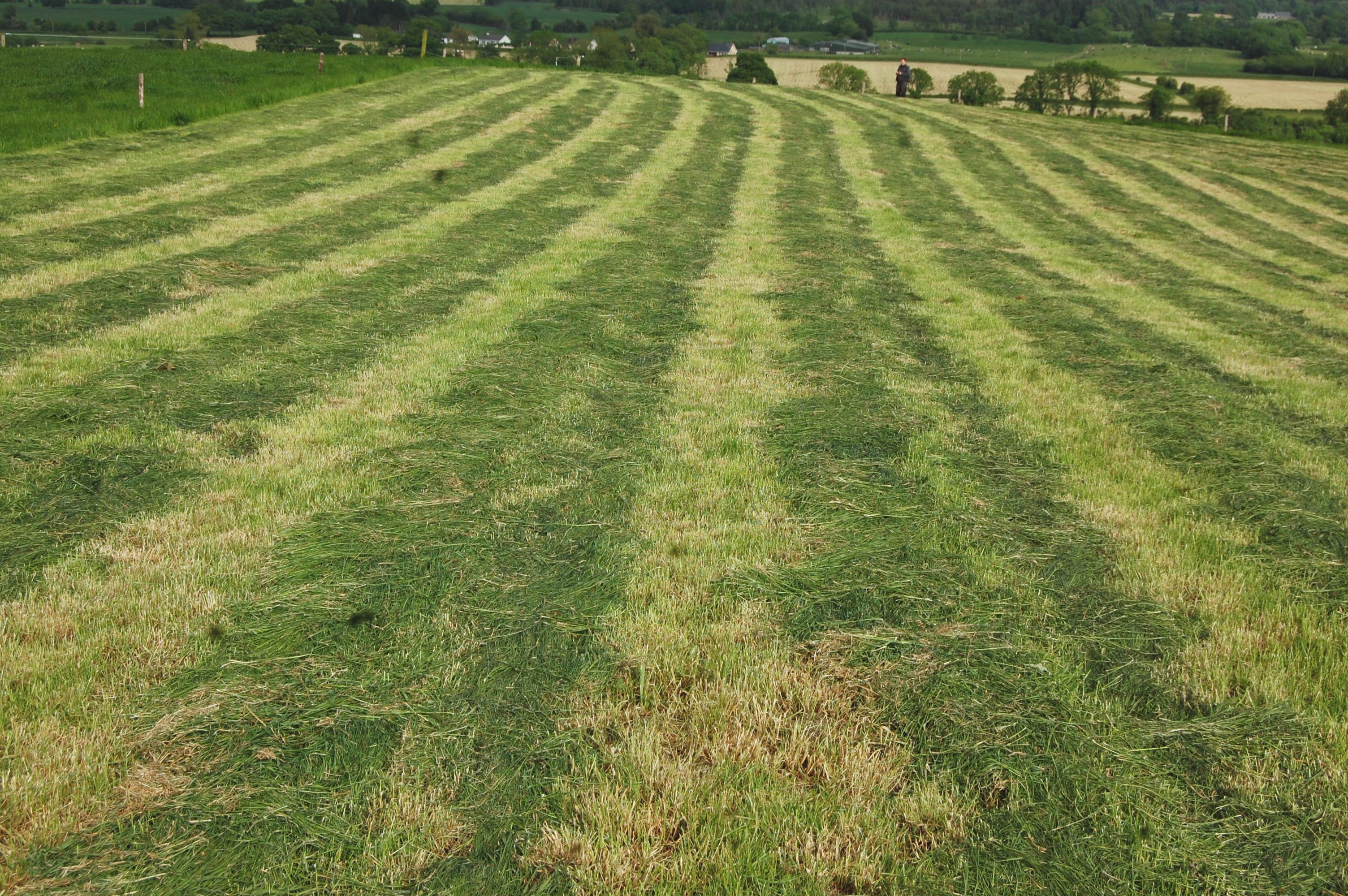 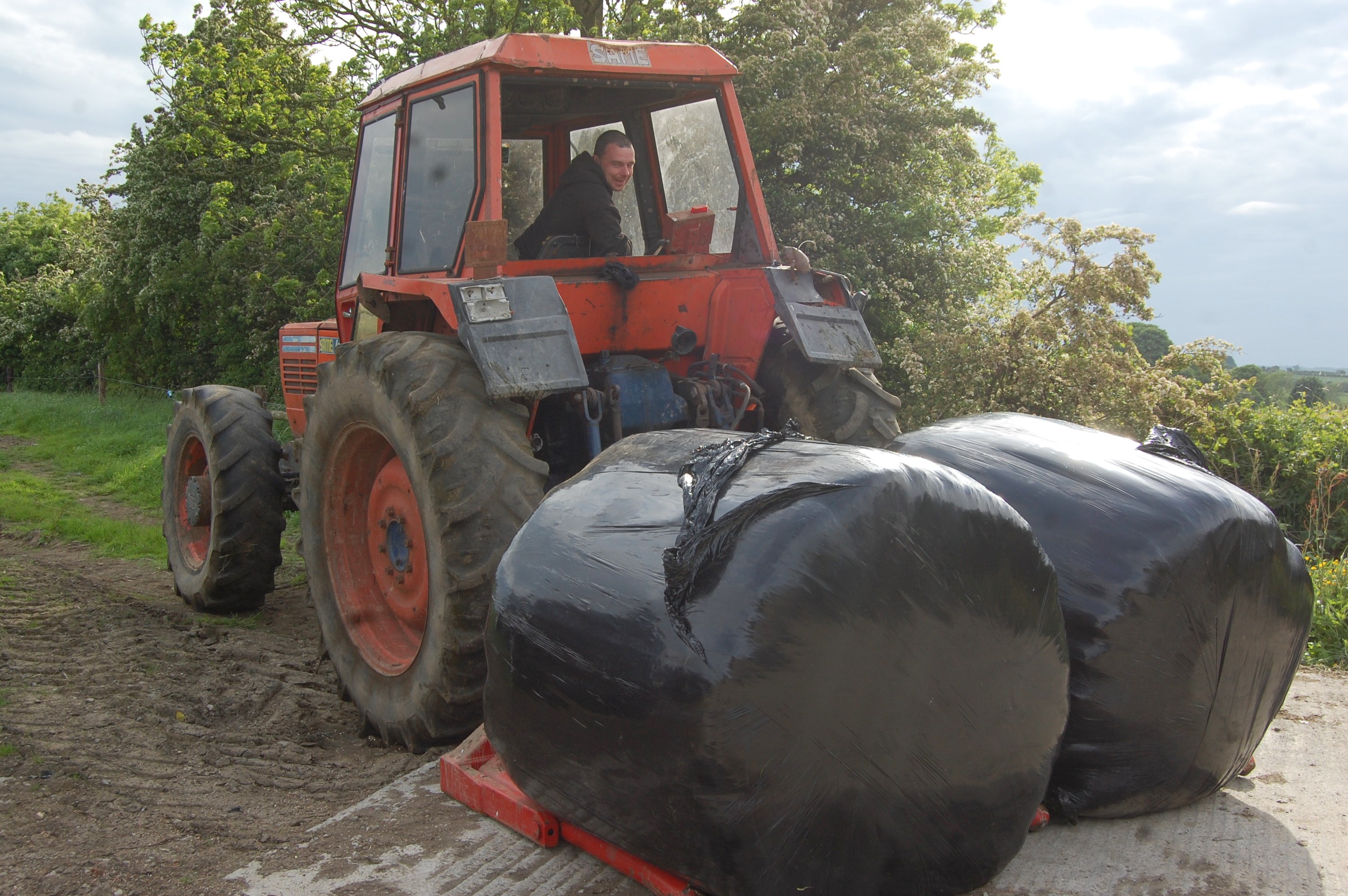 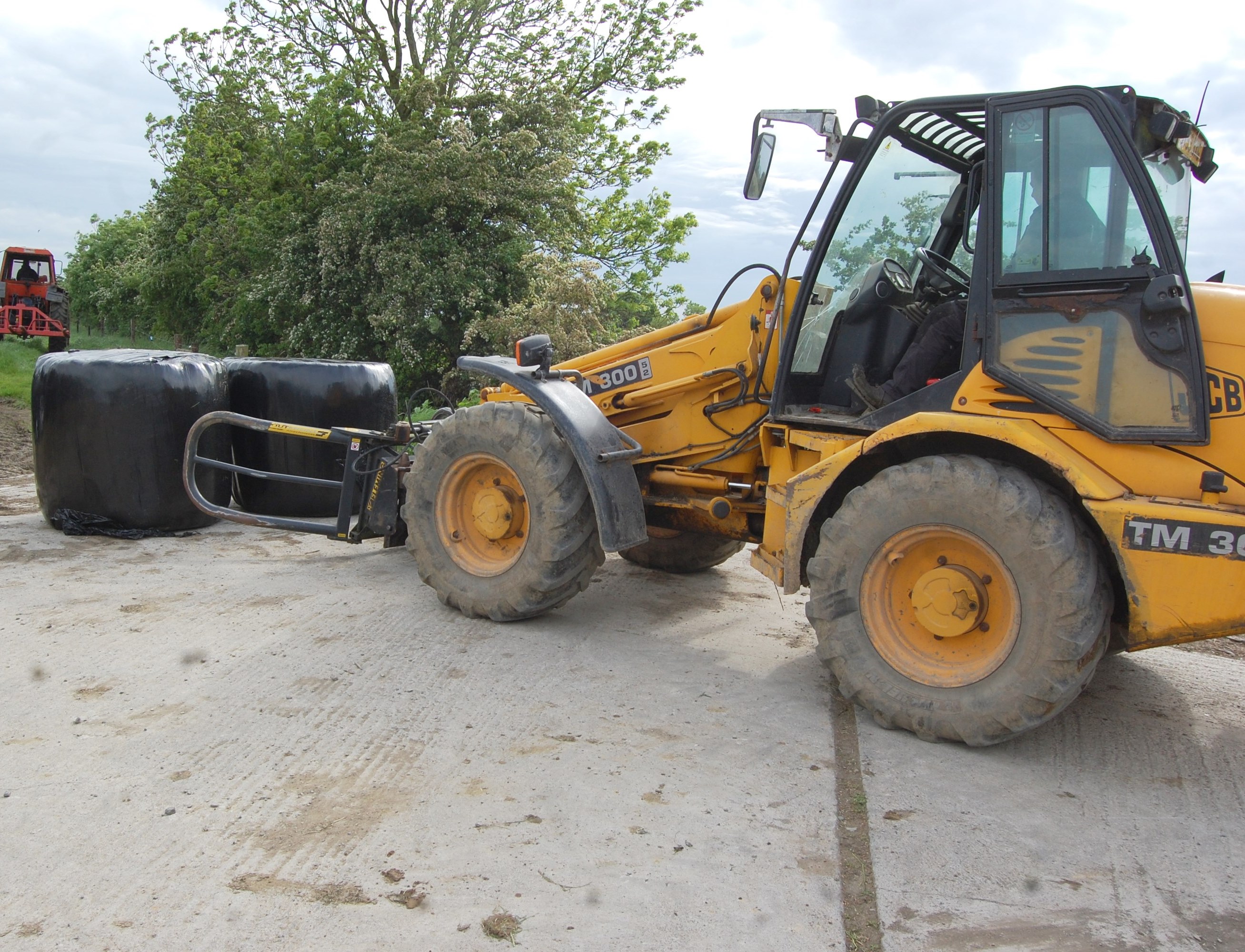 Automatic drafting – cows can be automatically drafted in 3 directions

Sent back to paddock if all ok, Directed to holding area with feed and cubicles, Directed to handling crush if need examination or treatment


Per quarter milking – No over milking or under milking! Huge benefit in achieving lower SCC’s and less incidence of mastitis


Option of Butterfat %, Protein % and Lactose %. Just have not turned on yet but have the means to get that info


Grazeway gate – directs the cows to night time or day time paddocks depending on time of day. If cow not milked will send back to Robot

Additional Extras not on the Farrelly System

Rumination counter – monitors digestive performance of cows. Highlights cows that are off feed or are not cudding enough

Weighfloor – option of weighing cows at each milking. Highlights cows that are losing excessive weight

Can spread payments over up to 10 years on a fixed rate deal with the Robot as the only security on the deal, subject to credit approval.

Lely Center Mullingar designed all relevant plans and carried out full installation. Niall McGauran can be contacted on 086 4178424