Latest Fonterra auction results may not be all bad news

Is there more to the latest Fonterra auction than the headline price suggests?

According to DairyCo which is a levy-funded, not-for-profit organisation working for Britain’s dairy farmers there is. It says while at face value the latest Fonterra auction results would indicate a continuation of the downward movement in wholesale prices.

However, it says when one examines the results by product and timing of contracts it suggests that may not necessarily be the case.

DairyCo notes that prices on contracts for July delivery increased for butter, SMP and WMP, suggesting some short-term support.

It says the decrease in WMP prices is predominantly due to reductions on contracts offered between September and December, the Southern Hemisphere’s peak producing months. However, prices for butter and SMP over this period have remained relatively stable, suggesting global markets are reasonably balanced for these products. 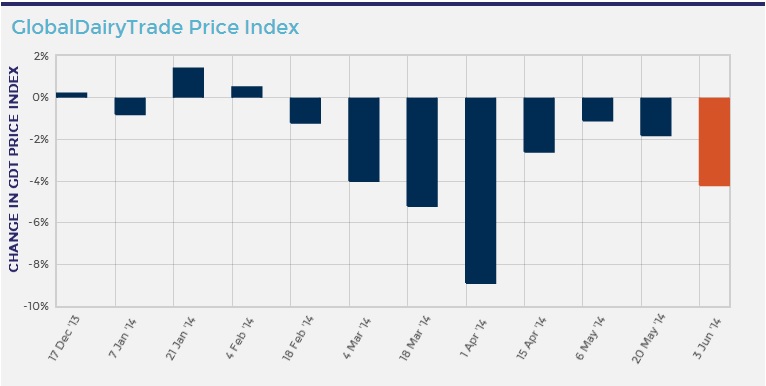