JCB has created a giant 10-acre maize maze in the UK to celebrate its 70th anniversary.

The maze, at the National Forest Adventure Farm in Burton-on-Trent in the UK, includes three miles of pathways that have been cut into the maize to form the shape of a digger, it says.

The maize maze is in the shape of tracked excavator, a machine manufactured at the JCB Heavy Products factory in Uttoxeter, Staffordshire, the company says.

The maze grows to a height of eight feet and the first maze was launched at Postern House Farm in 2004, JCB says.

Since then it has got bigger and better and every year the design and theme of the maize maze is changed, it says.

JCB says that Postern House Farm which is farmed by the Robinson family and is a typical East Staffordshire family farm.

The farm consists of just over 500 acres of arable and livestock farming, with Aberdeen Angus beef cattle the primary stock found on the farm, JCB says.

The maze tribute to JCB was officially opened by JCB Chairman Lord Bamford as the company prepares to mark its special anniversary on October 23, 2015.

Lord Bamford said that Staffordshire has been JCB’s base for the past 70 years and it’s wonderful that our anniversary is being honoured in our home county where we employ so many people.

In total JCB has 22 factories around the world and has produced more than one million machines over the past 70 years – enough to stretch from the UK to Australia. 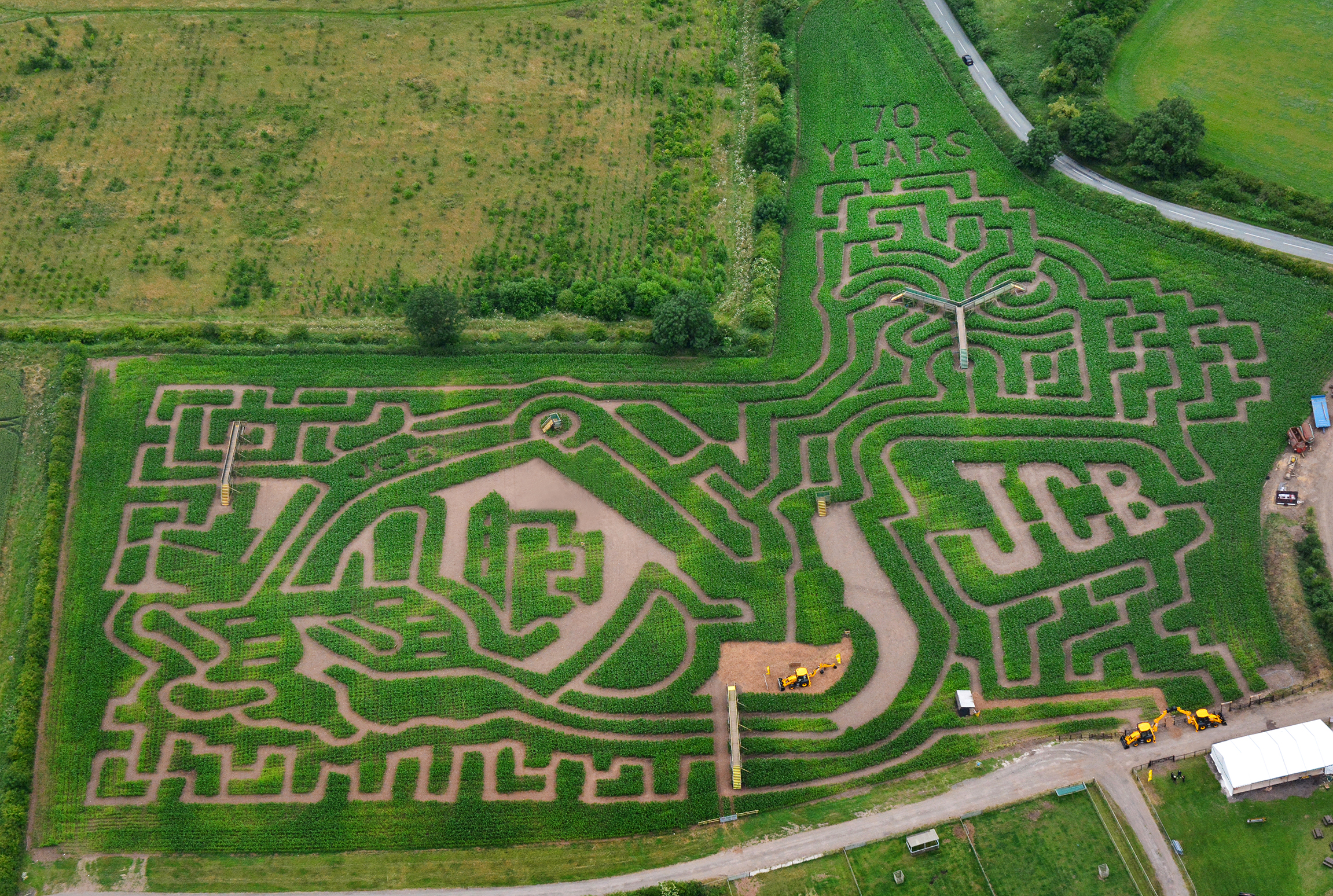 Lisnagry land offers opportunity for ‘all types of farming’

Reducing antimicrobial resistance is in our hands – expert