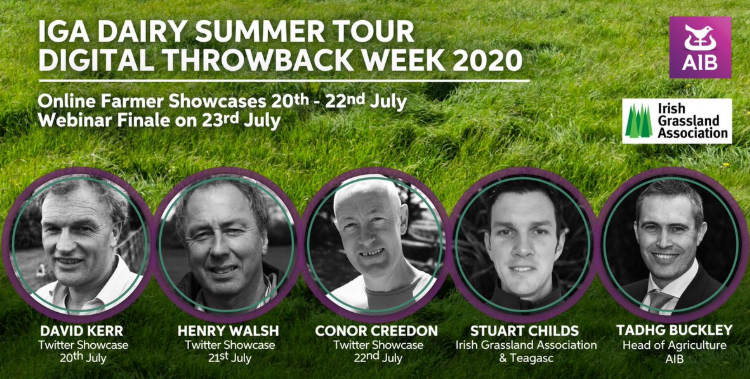 Revisiting three farms that hosted the event from 2014 to 2016, video clips from the farms airing on Twitter and Facebook from Monday to Wednesday, July 20-22, will look back at where the host farmers were at the time they hosted the tour, where they are now and where they see themselves going in the future.

Then, on Thursday, July 23, all three hosts will join the IGA team and sponsors AIB for an online meeting – hosted by AgriLand – to answer your questions about the direction that their farms have gone and about their plans for the future.

Commenting about this year’s Dairy Summer Tour, Tadhg Buckley, head of agriculture, AIB said: “We are delighted to continue our support of the IGA Dairy Summer Tour and we are looking forward to this distinctly different 2020 tour. 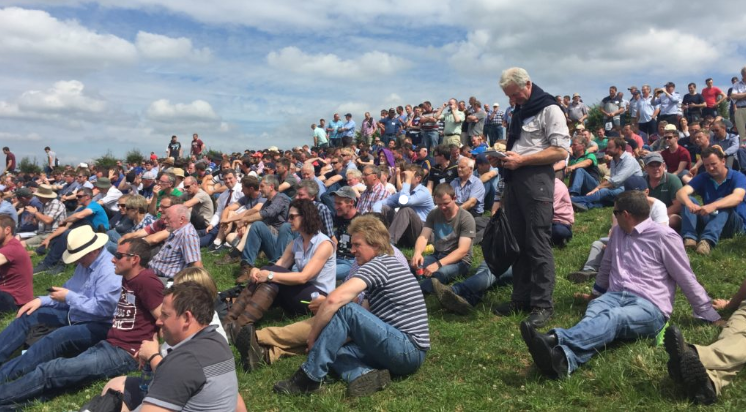 “This year’s event will allow us to catch up with some of the previous tour hosts and see how things have changed since they hosted the Summer Tour, in terms of development, changes in performance and future strategy.

“The live webinar on Thursday evening will offer you the opportunity to engage with the hosts and ask them any questions you may have.”

David Kerr from Ballyfin, in Co. Laois, hosted the event in 2014. The theme for the event was ‘Successful Strategies for Expansion’.

Over 450 farmers from around the country attended to hear how David operated a predominantly grass-based system of milk production on his 160ac farm.

Milking 140 cows that year, just prior to quota abolition, David also reared his replacement heifer calves but the yearling heifers were being contract reared off-farm. 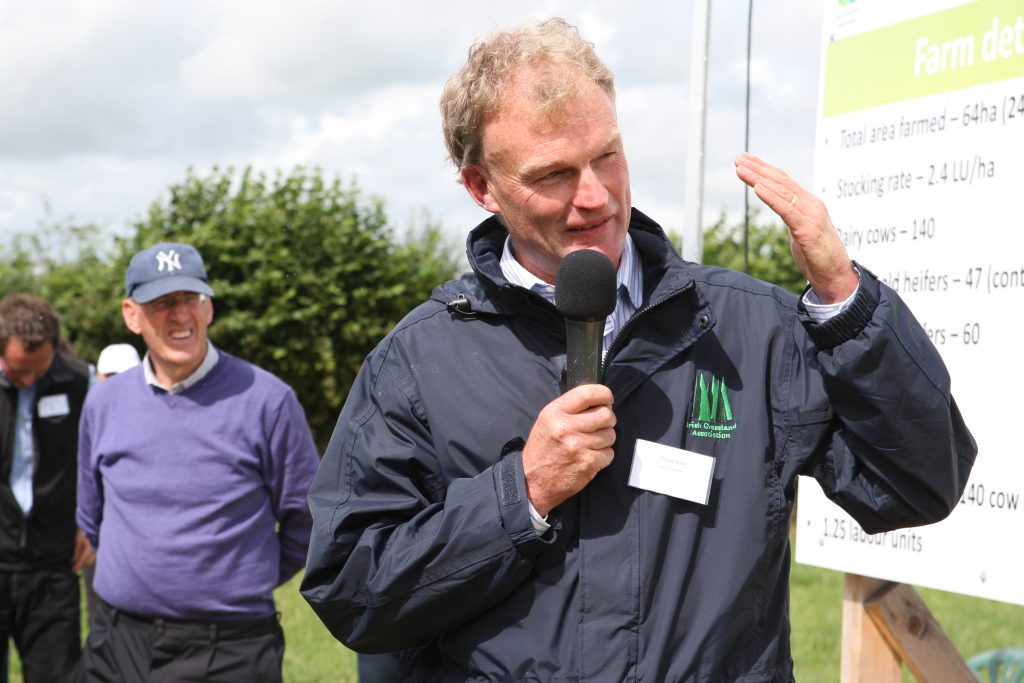 That year the cows were on course to produce 400kg of milk solids. At a farm stocking rate of close to one cow/ac, he expected grass growth to exceed 14t of dry matter (DM)/ha on this mixed free-draining and peaty farm.

This rapid expansion has brought challenges in terms of infrastructure and labour, but critically had not impacted on efficiencies with cows producing 450kg of milk solids throughout the expansion process.

At the time of the event, part of the plan for over-wintering involved moving a combination of young stock and dry cows off the milking platform – for part of the winter – to graze mostly crops of deferred grass. 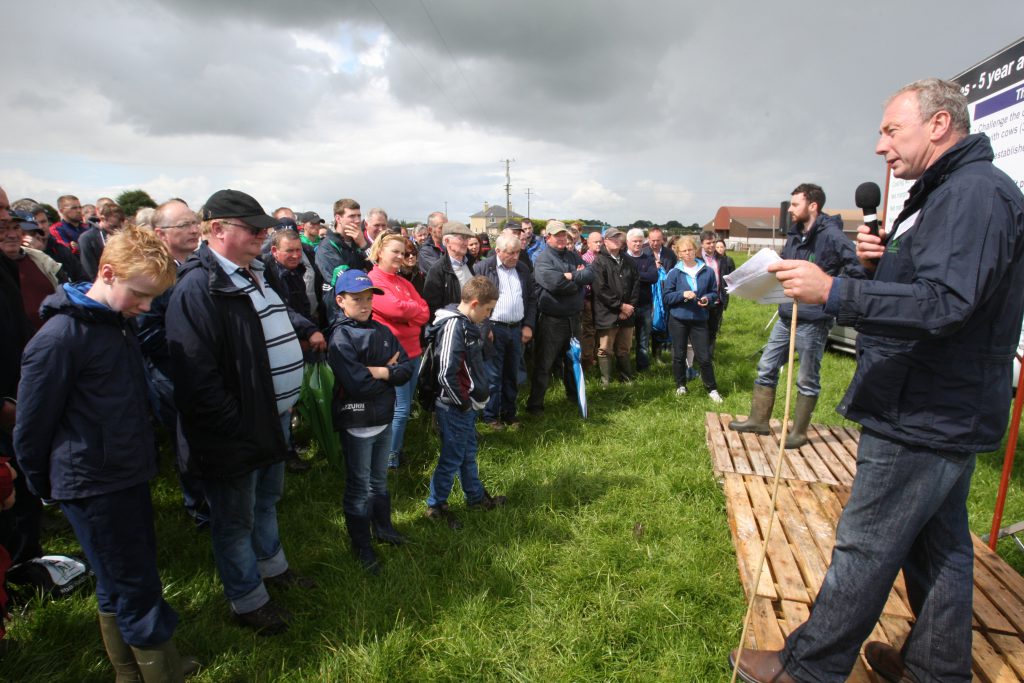 Milking facilities had become an issue with the 16-unit parlour coming under pressure as herd size increased.

In the year prior to the event, the herd produced an average of 430kg MS/cow from 450kg of concentrate/cow and had an 85% six-week calving rate that spring.

In 2016 Conor Creedon, from Rathmore, Co. Kerry, hosted the Dairy Summer Tour on what turned out to be the warmest day of the year.

His farm typically receives almost 2m of rainfall/annum. Unusually, the milking platform has a shallow topsoil over a gravelly subsoil which, while free-draining, is hungry for lime, phosphorus and potash.

Conor’s milking platform was 26ha and stocked at 3.73 cows/ha in 2016. He had a highly-fertile herd with 97% of the 97 cows calving in six weeks; he had produced 413kg of milk solids the previous year.

He will also put audience questions that can be submitted in advance – as well as during the webinar – to the three farmers to further understand the direction they have taken since hosting the Dairy Summer Tour on their farm.

Also, on the evening, Tadhg Buckley of AIB will speak on the prospects for dairy markets in the latter half of 2020.

“While this will be a different offering to our regular summer tours, we hope that you will participate by watching the videos from each farm throughout the week, and then join us on Thursday evening for the live interview and Q&A with our farmer hosts and our sponsors AIB,” Stuart said. 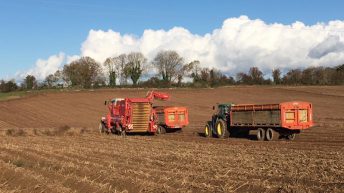 ‘It’s not me; it’s the whole team. Without them, I couldn’t do anything’ – Ned English 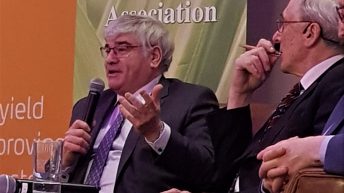