Hogan gets mandate to simplify CAP 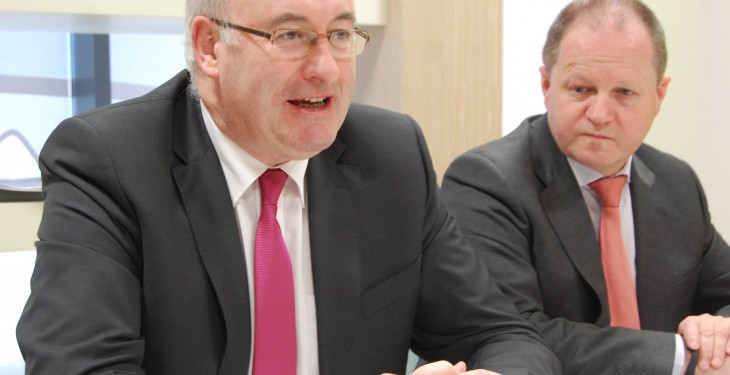 The way is now clear for Brussels to introduce a raft of CAP simplification measures later this year, according to EU Commissioner for Agriculture Phil Hogan.

Speaking at a press conference in Brussels after this week’s Agriculture Council said that simplification remains his key priority for 2015.

“This will entail the retaining of the core principles espoused in the most recent CAP reform process while, at the same time, allowing individual member states to implement measures that make the new support arrangements more farmer friendly.”

Hogan specifically cited specific changes that can be made with regard to the interpretation of what constitutes an Ecological Focus Area (EFA) and amendments that could be introduced by Brussels in the context of mapping these regions.

“I want to deliver change that makes practical sense for farmers.”

The Commission intends introducing six proposals relating to the EFA on a particular farm , adjacent EFAs, the LPIS (Land Parcel Identification system) and compensation of EFAs in case of wrong declaration.

Commissioner Hogan is to consider that pure leguminous crops (e.g. alfalfa) should not be considered by definition as permanent grassland after 5 years.

Furthermore, the period of declaration of land lying fallow as EFA and the period under agri-environmental commitments will not be taken into account for the calculation of the five year period for permanent grassland.

He also confirmed that the Commission will come forward with a number of proposals, which concern direct payments.

“These do not require changing the legislative rules, but can be implemented at the level of our current guidelines,” he said

“Of course, our efforts to simplify the new direct payments regime cannot stop at the level of the guidelines. That’s why I will be coming forward with a further package of amendments to modify the relevant delegated and implementing acts soon after the summer break.”

This second package is intended to cover elements other than the greening (e.g. young farmers scheme, voluntary coupled support and certain aspects of the IACS) and should become applicable, if possible, from next year (claim year 2016) or at the latest the year after.

There will be a further review of the greening rules next year after the first year of application, as pledged by the Commission in April 2014. The aim is to come forward with a further package of measures next year, with a view to having them applicable the following year (claim year 2017).