High risk of pasture contamination from lungworm and gutworm this August 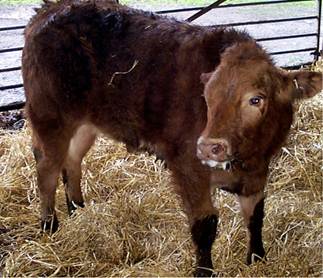 Unvaccinated calves during their first grazing season and in the absence of an appropriate parasite control programme are most at risk of lungworm infection this August, according to the NADIS Parasite Forecast, which is sponsored by Merial Animal Health.

Older cattle are however also susceptible, as the period for lungworm infection peaks, it says. “Frequent coughing, even while resting, is the most common indicator of lungworm infection. If left untreated, most cattle will quickly develop clinical signs,” explains Lynda Maris, Brand Manager at Merial Animal Health.

“Cattle rapidly lose weight and body condition within a couple of weeks of infection. In severe cases lungworm can be fatal but even mildly affected animals can suffer significant production losses, impacting on profitability.”

The Parasite Forecast also predicts that the incidence of type 1 Ostertagiosis in cattle will be highest during August and September. Ostertagia causes acute, profuse, diarrhoea with affected animals rapidly losing weight and body condition. All cattle in the group should be treated with an effective anthelmintic immediately signs of infection are detected.

In the case of weaned lambs, those moved to clean grazing such as silage aftermaths may not require anthelmintic treatment for several weeks. Later on, faecal worm egg counts (FWEC) can be a very useful tool to monitor parasitic gastro-enteritis (PGE) and determine whether the use of an anthelmintic is necessary or not. To do this, faecal worm egg counts should be taken every seven to 10 days from the fresh droppings of about 10 lambs. Maris notes “PGE may become a problem in the autumn if lambs are returned to pastures heavily contaminated by worm eggs in the previous months.”

Mrs Maris states: “When treating, under-dosing can lead to poor drug efficacy and the emergence of resistant strains of worms, so drench guns should be set to the appropriate dose for the heaviest animals in the group, not the average weight. It is also important to calibrate drenching equipment to ensure the correct dose is being delivered.”

Remain alert for blowfly strike in flocks while the warm weather continues. The risk of flies and lesions will remain throughout August, with a lesser risk to sheep which have been shorn. Control of PGE and subsequent scouring will also help to minimise the risk of fly strike.