High hopes for farmers to milk it post-quota 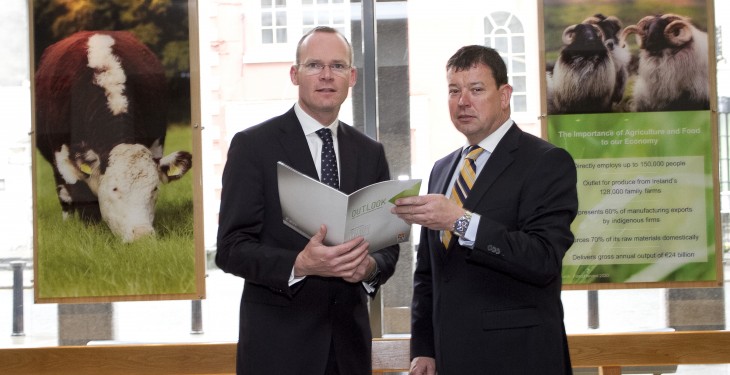 Most Irish dairy farmers are optimistic about the future, with more than half planning to increase production between 2015 and 2020 and one in four believing the abolition of the quota system will be the greatest opportunity for the dairy sector in the next five years.

This is according to research carried out by Amárach Research and Broadmore Research on behalf of AIB. It forms part of a series of reports for the SME sector compiled by AIB, which will be released over the coming months.

The research also found that 66 per cent of farmers believe milk price volatility will be a feature of the dairy sector in the lead up to the abolition of the quota system in 2015.

On more sombre note, three out of every five farmers reported experiencing a drop in income in the past year with roughly three in 10 seeing a drop of more than 20 per cent. Two thirds of farmers have invested in their dairy business in the past three years with specialist dairy farms and larger farms and producers more likely to have invested.

While launching the report Agriculture Minister said: “Farmers have come through a particularly difficult period and it is imperative they are supported by their banks. Financial certainty is necessary to allow proper planning, particularly for the dairy sector as we approach the ending of quotas in 2015.”

Pictured: Minister for Agriculture, Food and the Marine, Simon Coveney TD and AIB’s Head of Business Banking, Ken Burke at the launch of the AIB Outlook Report on the dairy sector. Image Fennells