The health of both the national beef and dairy herds will be the most limiting factor to their future production capabilities, according to the ICBF’s Sean Coughlan.

Speaking at the recent National Digital Week in Skibbereen, Co. Cork, the CEO of ICBF said that both genetics and health are important and both these factors are linked.

These two factors will have a big impact on the degree of management required on farms, he said, and it is very difficult to keep an animal with poor genetics healthy.

According to Coughlan, diseases can have a negative impact on animal performance and he likened it to the previous fertility issue in the national dairy herd.

Genetics creates the potential, management realises the potential but disease destroys this potential. Animal health is the new fertility and breeding has a role in its control.

“Animal health is going to become the next biggest thing,” he said.

There is also potential to further exploit the genetic variability in health and quality traits, but he added that it is important that all the relevant data is collected to create a sustainable national herd.

To achieve this, farmers must see a clear benefit and this will allow Ireland to be well positioned structurally into the future, he said.

He added that the majority of traits seen in cattle today are heritable, these include yield, calving interval and body condition score.

He also presented information which indicated that sire selection has a role to play in animal health.

According to Coughlan, the progeny from some bulls are more likely to contract illnesses or diseases such as TB, liver fluke and BVD. 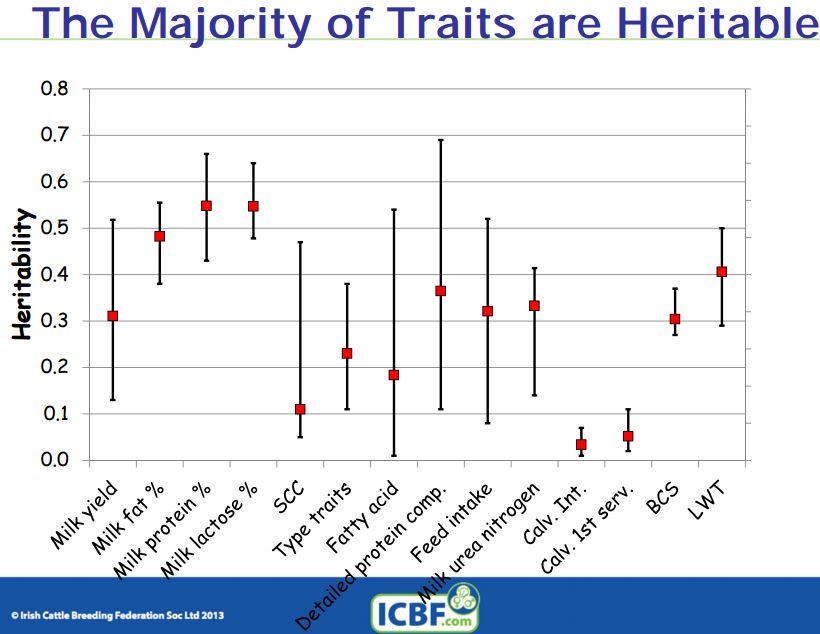