At the last Global Dairy Trade of 2015, overall dairy product prices were up 1.9%. 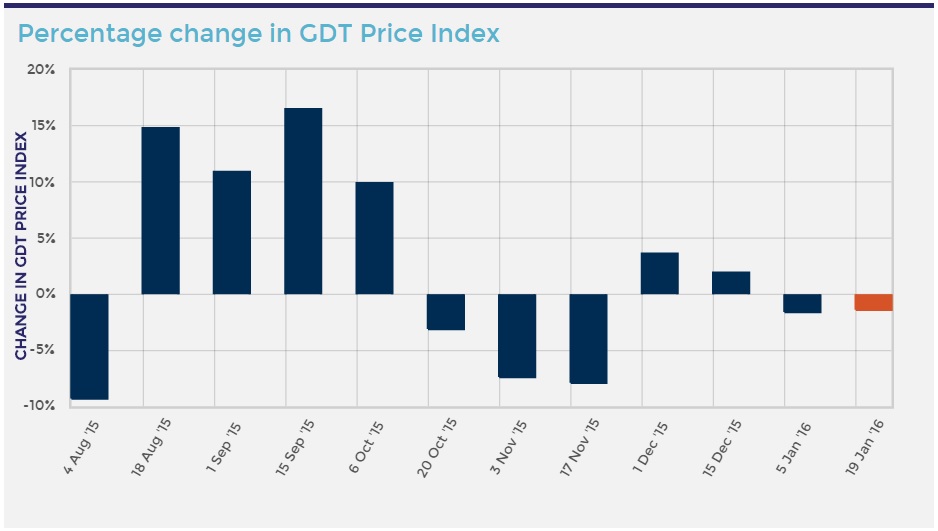 A recent analysis by AHDB Dairy said that milk production in the main producing regions (EU, New Zealand, Australia, US and Argentina) has grown by around 2% annually over the past five years, which is around 5 billion litres more milk per year.

However, it noted that the disappearance of the Russian market in the summer of 2014, combined with the stock build-up in China reducing its dairy import needs, meant demand was suddenly too low for the rate of growth in milk production.

Milk supplies, however, continued to increase, according to AHDB fuelled primarily by growth in the EU resulting from the removal of quotas in April 2015.

With a large chunk of import demand taken away by China and Russia, the excess milk has ended up as accumulated stocks.

AHDB has said that EU stocks of SMP and cheese are reported to be at their highest levels in at least five years while US commercial stocks of milk powders hit a record high in the summer of 2015.

Grass growth: The much needed rain is set to return