A farmer in his late 70s has died following an accident, which is believed to have involved livestock, in Co. Wexford, An Garda Siochana has confirmed.

The farmer was reportedly working with cattle on Wednesday, April 26, in the Clonamona area near Gorey, when the incident occurred.

The elderly farmer was then moved to Wexford General Hospital, but he sadly passed away on Thursday, April 27.

An investigation is set to be launched into the accident.

Earlier this week, a farmer in Co. Kilkenny, who died on Friday, April 21, was laid to rest following a farm accident earlier this month.

Michael Walsh, who is believed to have been in his 60s, was attacked by cows on his farm on April 6, the Health and Safety Authority (HSA) confirmed.

Michael was reportedly working alongside his brother when they were both attacked by the cows, who had calves at foot.

At the weekend, it was reported that a 73-year-old farmer had died in Co. Clare following a tractor-related incident.

Michael O’Loughlin, a father of three, was reportedly found collapsed by his tractor near his home at Moanreel, Ennistymon in Co. Clare.

The incident, which is being treated as a tragic accident, is said to have happened on Thursday evening, April 20.

Earlier this month, a farmer in his 80s died following an accident with a quad on a farm near Rhode, Co. Offaly.

The month of March saw three men die in separate farm accidents in counties Wexford, Offaly and Roscommon. The men died following accidents with either farm machinery or livestock. 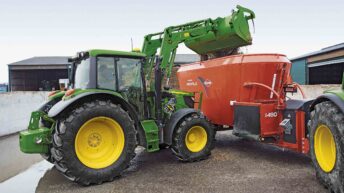 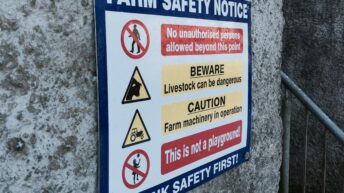