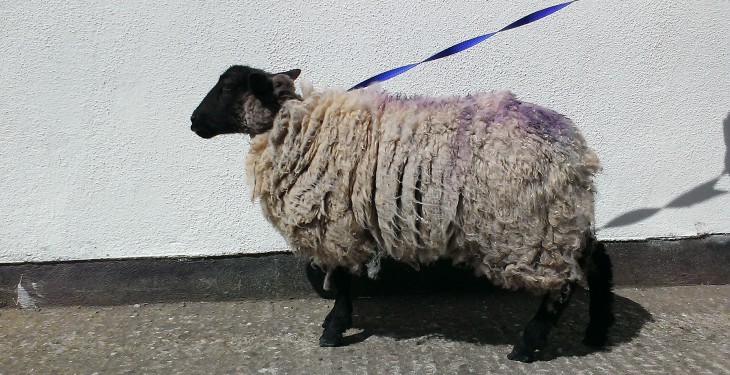 A sheep was found in a block of flats in Dublin city centre yesterday (May 20) by An Garda Siochana.

Gardai discovered the ewe in Oliver Bond Street flats and brought it to Kevin Street Garda Station until the Dublin Society for Prevention of Cruelty to Animals (DSCPA) picked the ewe up.

The Garda Twitter account tweeted a picture of the sheep with the caption “Wooly story! Sheep found in Oliverbond flats last night! Now safe at Kevin St Garda station DSPA on the way”

Gillian Bird of the DSPCA said that the sheep was picked up by the Gardai, they put her into the back of the squad car and brought her to Kevin Street station.

She said it was unclear whether the sheep, who the DSPCA has called ‘Olivia Bond, Licensed to Lamb’, was found in a flat or on the street.

Olivia Bond is the fourth sheep to be found by Gardai from Kevin Street station.

Earlier this week, the DSPCA received a call from a woman in Tallaght that there was a goat being kicked around by children in the area.

Several hours later they got a call reporting the goat missing.

“It’s not uncommon at this time of year [for animals to be stolen]. People think it’s a joke or are looking for a free meal for a barbecue,” she said.

The DSPCA are looking to reunite the sheep, whose tag has been removed, with her owner.