EU bees are not disappearing 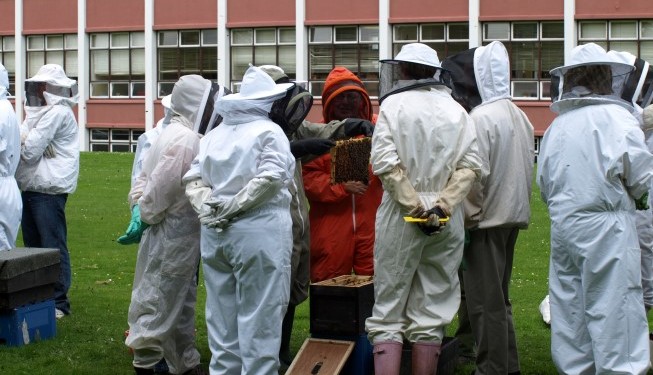 EU bees are not disappearing, according to the latest EU research on bee health.

A landmark pan-European surveillance study was carried out, the results of which were presented yesterday, and looked at over 31,000 colonies in the EU and the results show that, while higher bee colony mortalities do exist in some parts of the EU, bees are neither disappearing, nor is colony collapse disorder taking place.

The results of the study show that colony mortalities exist in the EU with significant regional differences. Winter colony mortality rates ranged from 3.5% to 33.6% with a North/South geographical pattern.

Overall rates of seasonal colony mortality (during beekeeping season) were lower than winter mortality and ranged from 0.3% to 13.6%.

For several years, the EU has been providing support to the beekeeping sector, essentially through national apiculture programmes and rural development programmes.

From 2007 various European and global publications and fora warned about bees disappearing (especially following news on ‘colony collapse disorder’ in the US), and about alarmingly high mortalities, severe and rapid decline in European honeybee colonies (winter mortalities around or in excess of 30-40%).

An EFSA project in 2009 indicated that the honeybee surveillance systems in the EU Member States were weak. There was a lack of representative official data at country level and comparable data at EU level to estimate the extent of colony mortalities.

The study (EPILOBEE, A pan-European epidemiological study on honeybee colony losses 2012-2013) addresses these weaknesses for the first time by harmonising the data collection methods.

It also assists the veterinary services in improving their capacity to undertake such surveillance. The methodology can be implemented and used as necessary, adapted to specific needs as appropriate for further work such as applied research, policy development, routine surveillance or to cross-check with data from other sources (e.g. from national or regional monitoring, from international standardised beekeeper surveys etc.).