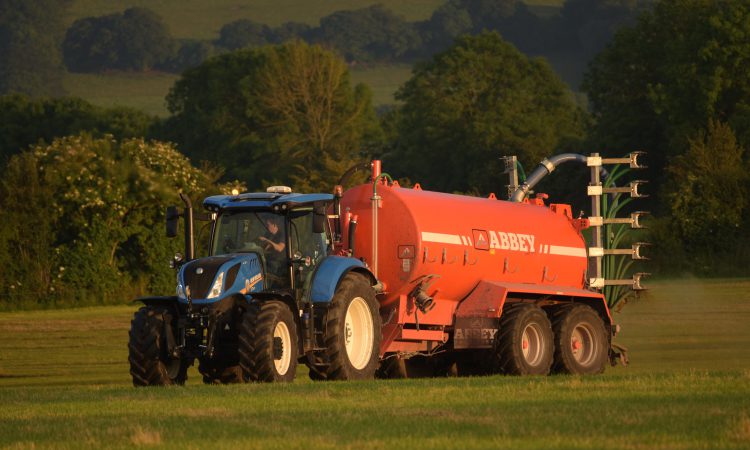 The Department of Agriculture, Food and the Marine must change its stance when it comes to agricultural contractors not being able to avail of grant aid for low-emission slurry spreading (LESS) technologies, according to independent TD Michael Fitzmaurice.

The Roscommon-Galway TD was reacting to the publication of the Ag Climatise report published by the department today, which noted a target that 90% of all slurry would be spread using LESS technology by 2027.

Speaking on the announcement, deputy Fitzmaurice said: “The reality of the matter is that agricultural contractors spread the vast majority of slurry for farmers.

If the department is serious about reaching this target, then contractors must be able to avail of grant aids similar to those available to farmers under TAMS [Targeted Agricultural Modernisation Scheme].

The TD raised another point, stating:

“However, one concern I would like to highlight is that when you are spreading slurry using LESS technologies, it is common knowledge that between 30% and 40% more water is required compared to if you were using a tanker with a splash plate.

When it comes to LESS, everyone is concerned with the emissions going up into the sky, but we also need to be vigilant when it comes to water quality.

“Having been involved with group water schemes locally for years, we need to be conscious that in some areas there is only a small amount of soil before you reach rock – and if we are watering down slurry more in these areas to spread with LESS technologies, then there is a high chance it could negatively impact water quality,” he warned.

“The proposal for a national liming programme is also a welcome development.

“But, again, if this is to be accomplished, then quarries must be assisted to overcome the planning issues which are hampering the sector at present,” the TD concluded. 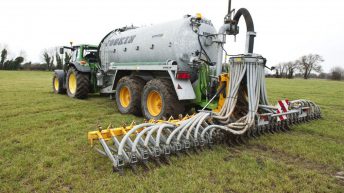 Ag Climatise: Target of 90% of slurry to be spread by LESS technology by end of 2027