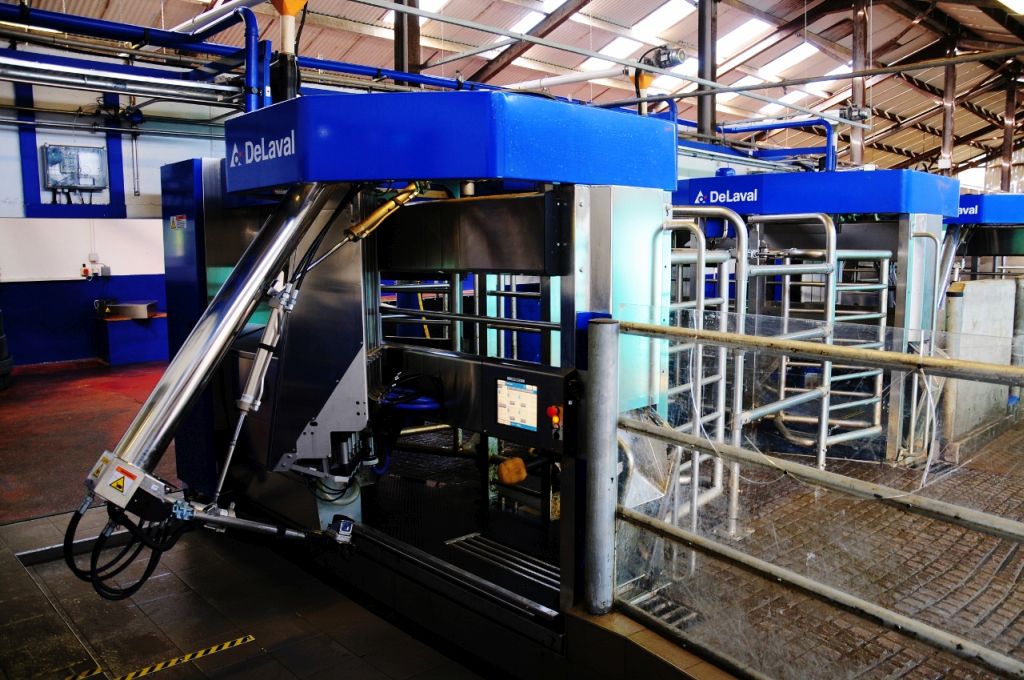 The DeLaval VMS (voluntary milking system) and AMR (automated rotary parlour) will be highlighted with experts on large milking plants.

The VMS system has been shown to work well on grassland systems In Australia and New Zealand, it says, and there are a number of VMS systems working in Ireland since 2011. The first DeLaval VMS system in Europe with ABC grazing is near Ballyduff in North Kerry where the O’Hanlon family have a mainly spring calving Holstein herd.

Two DeLaval VMS Supras were installed last December and another one in April. They also installed a new 16,000 litre DeLaval DXCEM bulk tank with a heat recovery system. Prior to this the cows were milked twice a day in a typical 16 unit herringbone parlour.

Mr. Steve Sefton, Sales Director for Ireland said that “the ABC grazing and the DeLaval Smart Gate System was working very well. Cows were achieving optimum dry matter intakes from the grazing area and 95% of the cows were trained in within 10 days.”

A VMS unit will be working on the DeLaval stand at the Ploughing. It is equipped with one milk meter for each quarter to record time, yield, flow, conductivity and blood. The IT software gives access to the status of each cow.

Each teat is individually cleaned with warm water and air, then stimulated, pre-milked and dried before milking. Only a few seconds are needed for optimum teat sanitation which results in high milk quality and better milking capacity.

There will also be a range of user friendly Cow Comfort products on display such as the popular DeLaval ‘swinging’ cow brush -a self-grooming device that keeps cows happier, healthier and more productive.