Ciolos to hold meetings with MEPS on Delegated Acts 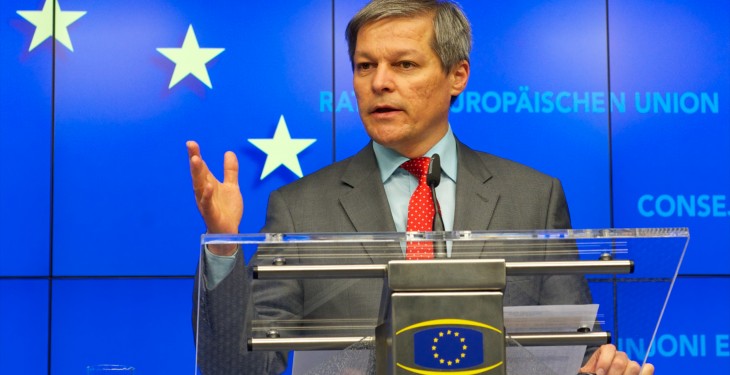 Dacian Ciolos, European Commissioner for Agriculture and Rural Development is to hold meetings with MEPS over the next number of days in advance of a crucial vote by members of the European Parliament Agricultural Committee  regarding the approval of the CAP reform delegated acts.

The vote on April 7th is on whether or not to reject the delegated acts tabled by the commission last week. There are 10 delegated acts associated with Pillar 1 of the CAP Reform and three of these are causing concern for members of the European Parliament Committee on Agriculture and Rural Development. The key areas of concern are the rules associated with direct payments, horizontal regulations and fruit and vegetables regulations.

For some members of the Parliament the technical details are seen as overly complex, overly bureaucratic and impossible to implement.

Speaking after a European Council meeting of Agriculture Ministers in Brussels earlier in the week he said: “The Ministers are expecting a fairly rapid adaptation of the delegated acts. At the same time I fully understand some of the questions and comments which have been made by the European Parliament. I am prepared to clarify everything for them over the next few days.”

The Commissioner noted: “At the start I planned adaptation of the delegated acts by the commission at the end of January and we delayed that vote so as to be able to continue informal discussions.

However the Commissioner Ciolos said: “The objective will be to have formal adaptation of the texts as soon as possible so that member states and farmers are clear about what’s going to happen as of next year.”

He continued: “Now if the parliament does not vote on these delegated acts by the end of their mandate. Then any delay in the vote after mid-April risks that we are looking at July or even September. That will make it very difficult for member states to take all the necessary internal measures and also for farmers who will have to make decisions on their farms.

“So I hope in the next few days before the vote on April 7 I will be able to get my team to clarify points which are still unclear and seen to give rise to concerns.”

He commented: “But I think a lot of the concern is due to misinterpretation of what is in the delegated acts. We are all at the beginning of a process for implementing the reform if there are points of concern we could make amendments after one year if it necessary. This would avoid blocking the adaptation now. This would delay the application of all the reform including the positive elements.”