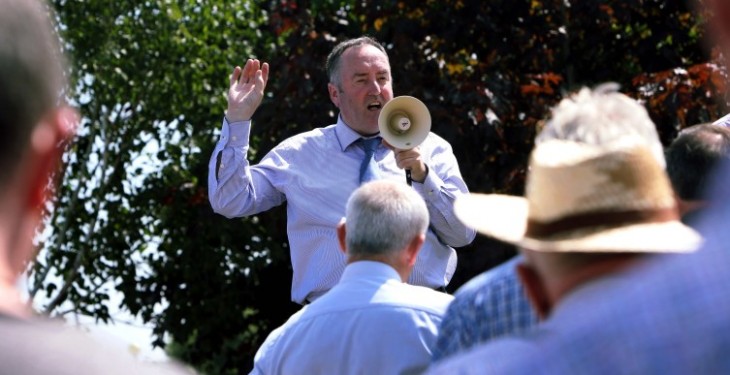 IFA President John Bryan has lashed out at retailer bosses, including the discounters, for making a mockery of the hard work of vegetable and potato growers by using give-away prices on their produce in the run-in to Christmas.

He said, “To be offering fresh Irish vegetables at a price as low as 5 cent per kg, when it costs over ten times that to produce, is morally wrong and has to stop”.

He said it is unforgivable at this critical time for growers, and when consumers are willing to pay a realistic price for Irish produce, that a price war between the retailers should denigrate the value and the work of a sector of Irish farming that is already under pressure due to rising costs and downward pressure on prices.

John Bryan said retailers should be ashamed of themselves and he warned that any attempt to recoup losses from growers as a result of this below-cost selling activity will not be tolerated.

The IFA President said these activities by the retailers highlight the urgent need for a Code of Practice.

He said, “The Code of Practice has been promised on a number of occasions by this Government, but has yet to happen. Enterprise Minister Richard Bruton had given a commitment recently that we would see legislation approved, but it still has not come before Cabinet. It is inexcusable that this has not been given the priority it deserves”.