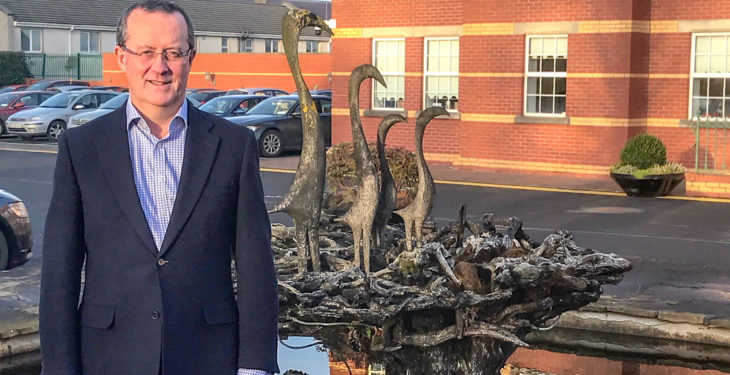 Bord na Mona (BNM) expects to decrease its peat-related employment by up to 50% over the next 12 years, acting managing director Michael Barry has warned.

The semi-state company, which remains fully committed to its target of ceasing to use peat to produce electricity by 2030, said the bulk of the job losses will be in the midlands region.

Currently, the average age of BNM peat workers is 56-57 years. As such, the company hopes natural retirements will play a significant role in the labour reduction.

Speaking to AgriLand at BNM headquarters in Newbridge, Co. Kildare, Barry said job losses will be inevitable as the company aims to ensure that 96% of the power it generates by 2030 will be from renewables.

However, it is very important to emphasise that it is our attempt to largely deal with that through natural attrition.

“There are some newer younger people; but we believe there will continue to be jobs up to 2030 as we develop the biomass side of the business, giving rise to new jobs.

“People will be re-deployed into other areas such as processing or chipping logs; there will be various jobs associated with handling the biomass,” he said.

After more than eight decades of peat production, Barry said the company’s business model is very much in a state of “transition and transformation” in order to put it on a level footing ahead of the expiration of the public service obligation (PSO) levy on the two ESB plants in 2019.

As for the future of the harvested boglands – which are ultimately a state asset – Barry said the land will be rehabilitated, allowing the flora, fauna and birdlife to re-establish.

“We have demonstrated in a number of areas how successfully this can be done, so a lot of the land will just go back into natural state.

There are certain pieces of land where, depending on strategic location, there may be suitability for wind farms, solar projects and indeed other industrial developments such as industrial estates and distribution centres near the M7.

“A lot of our land is closer to water than land, so it has limited use for conventional purposes. Apart from the environmental aspects it wouldn’t make sense to turn it into agriculture use,” said Barry, who has been acting managing director since last October.

Post 2019, it is intended that the two ESB plants will be co-fired with biomass on a similar basis to the Edenderry power plant.

“At the moment we are co-fueling Edenderry power approximately 43% with biomass coming from two sources  – indigenous and imported.

“The indigenous comes from saw mill residues. We’re also importing wood chip from Africa, places such as Cameroon, that is proving to be very successful so far,” said the Cork man, who previously served as chief financial officer at BNM for the last 12 years.

However, the company is continuously developing new sources of supply as it prepares to scale-up on biomass generation.

‘Georgia on my mind’

Last September, BNM announced plans to invest up to €60 million in a proposed new wood pellet plant in the state of Georgia, in the United States.

If the project gets the go-ahead, BNM is confident that it could be operational within two years.

“It’s in process. We are working with our shareholder on seeking approval for it but it doesn’t have a green light at this point in time. We’re still finalising the feasibility and business case side of it.

“We have inputted information to advisors to the minister [Minister for Communications, Climate Action and Environment, Denis Naughten] who review investments for semi states; but, there isn’t a formal request to the minister at this point in time,” he said.

Barry said the primary driver behind the Georgia plant is the sheer volume of the wood basket in the heavily afforested state; plus the fact that wood chip cannot be imported to Ireland from the US – it must be processed first.

You can’t import wood chip from the US into Ireland because of the possibility of bugs being imported. If you want to import it you must make it into pellets which kill any potential organisms that might cause problems.

“The bottom line is there is not sufficient indigenous biomass available in Ireland at this point in time.

“In the mid-2020s, assuming it is possible to access more of the private forestry in Ireland, that may start to change. But it will take a number of years for that to happen.

“It will be close to 2030 by the time you would be able to substitute indigenous for imported,” he said.

The more biomass is available domestically, the less BNM will import.

On the jobs front the Georgia plant could create up to 50 jobs in the US.

“Yes it will create jobs in the US but what it’s doing is underpinning the best part of 1,000 jobs in Ireland to keep the plants going.

“The shipping costs are at an acceptable level and from a sustainability standpoint the reality is that the carbon footprint of shipping from the US is tiny by comparison to the substitution effect of using an existing fossil fuel,” said the acting managing director.

He dismisses “myths” that the biomass could be sourced locally.

“We’ve been at this since 2007 and the reality is there is a limited amount of biomass. We are already the biggest operator on biomass in the country.

We’re doing this out of necessity, not out of any other motive; we are very conscious as a state company that we are supporting jobs in Ireland.

Today, BNM sources biomass – mostly willow – from approximately 15 growers based in the midlands to supply the Edenderry plant. The suppliers must be located in the general hinterland because transport costs are considerable.

Barry is calling on the government to back the potential of willow.

“We would like to see more government support for willow; that would lead to more interest from the farming community.

“Miscanthus was unfortunate. I know farmers got burned on it, but we did everything we could in terms of buying it. There was a limited amount that could be used in the generating stations because of the chemical constituency.

Willow is an excellent fuel and it is a different chemical constitution. I would love to see the whole willow area expand.

“Therein is the problem; it’s not sufficient to put it on the boggy patch down in the corner of the field; you don’t get the yield out of it, it needs to be good land to give the yield.

“My understanding is it’s very competitive in terms of the return for farmers compared to other crops whether it’s cereals or whatever,” he said.

Meanwhile, Barry expects that up to 120 jobs will be impacted by the closure of Bord na Mona’s peat briquette factory in Littleton, Co. Tipperary, next April.

The closure is the result of a significant decline in sales.

Regrettably, a total of about 120 jobs will be impacted – including both the manufacturing of briquettes and the supply of peat from the bogs in that locality.

“We are working through that, with our employee representative groups at the moment to deal with that, but sadly there will be unavoidable job losses. We are looking at redeployment options for as many as possible.”

BNM is also continuing to develop its renewable energy portfolio, with three large wind farms currently operational and the go-ahead recently given for a fourth, to be located in Co. Mayo.

Throughout the midlands, BNM has also identified sites for large solar farm projects that it intends to co-invest in with ESB.

“I can’t give any particular sites at the moment but there are a number of sites we are looking at in Offaly and Kildare in particular,” Barry said.

Barry will remain as acting managing director at BNM until next April. He said he does not intend to apply for the permanent position. 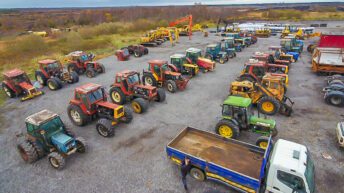 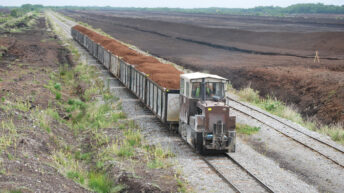