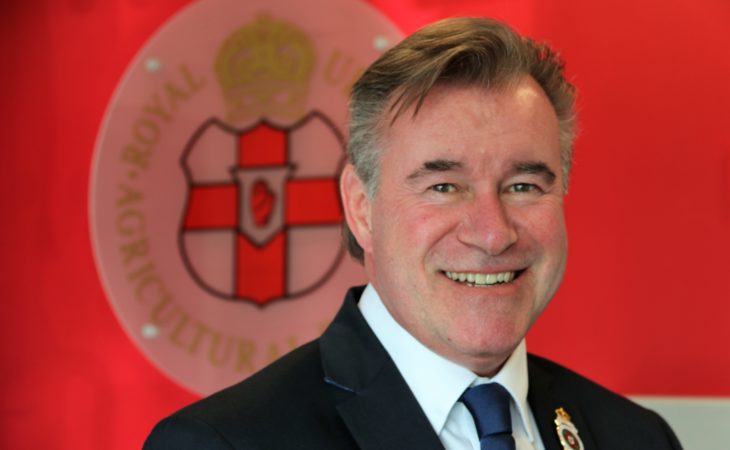 Plans for a motorway slip road are far from off the agenda for Balmoral, according to new Royal Ulster Agricultural Society chief executive Alan Crowe.

Crowe told AgriLand better accessibility for the showground was one of his priorities in his new role.

The proposed Knockmore Link would connect the M1’s junction 8 (Sprucefield Park and Ride) with the Knockmore Road, cutting across the Blaris Road – a name most Northern readers will be familiar with from their annual commute to the show.

While it’s not quite the direct route to the showgrounds many were hoping for, it could potentially help to alleviate show traffic.

Traffic problems blighted the first year of the move to Balmoral Park, with some visitors reportedly stuck in the car park for as many as three hours.

The plans for a better route leading directly to Balmoral Park have been long talked about.

However, with Stormont not sitting and budgets tightening it’s not likely direct access will be granted any time soon.

Back in March 2016, Sinn Fein’s Sean Lynch asked former agriculture minister Michelle McIlveen whether a direct route to the Long Kesh site was “still a commitment”.

McIlveen said she was “aware” of the proposals for direct access to the site, but added without reassurance that funding and delivering the route was the remit of the Office of the First Minister and Deputy First Minister and the Maze Long Kesh Development Corporation.

Potential to be an agri-food hub

However, despite all going quiet for some time, there does seem to be some progress with the Knockmore Link.

In October, property developer Neptune Carleton submitted a pre-application notice for around 1,300 homes and construction of the road linking on to the M1.

A council report highlights that the link road could help the area become an agri-food hub for large food processing businesses as well as mentioning its impact on the showgrounds.

Crowe said: “Everyone has talked about the Knockmore Link which would have massive potential for the city of Lisburn.

“[If it doesn’t happen] it’s not going to stop me from doing what I want to do in terms of [the show’s] growth, but it would help.

I’ve got nothing but political good will and political support for it because really it is a no-brainer. What it means is that this site, which has got international potential, will be absolutely confirmed when that is put in place.

“It’s a logical argument for me to take to Westminster or Stormont because it’s a no-brainer when you think about [the potential for] jobs – it would be a massive boost for the economy and for Northern Ireland.

“The arterial roads are there – although it is difficult – but when you put the Knockmore Link then all of a sudden this place becomes something else.

“The fact is that we attracted over 115,000 visitors last year with the present arterial routes; so this should continue to grow and grow from there – who knows where it is going.” 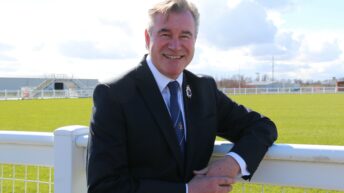