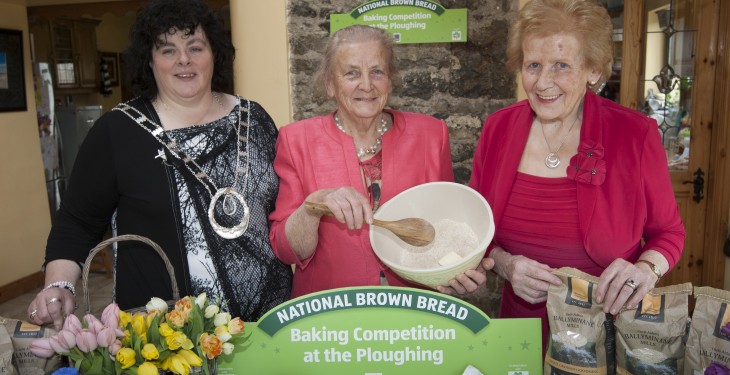 The eight finalists have been named in the Aldi National Brown Bread Baking Competition.

Contestants from around the country gathered recently at An Grianan, Co. Louth for The National Brown Bread Baking Competition Sponsored by Aldi and in Association with the Irish Countrywomen’s Association and the National Ploughing Association.

The competition was last held over 40 years ago in 1973 at the World Ploughing Championships in Wexford but, with the resurgence of home baking in recent years, the NPA and ICA felt it was the perfect time to re-launch the contest.

Baking enthusiasts have the opportunity to earn some ‘dough’ with a cash prize of €2,000 for the overall ‘breadwinner’, €1,000 for second place, €500 for third, €300 for fourth and the other semi-finalists will all get €200 each. To be a cut above the rest, the brown bread must be even and have an even cross, the bottom of the bread should not be burnt or soggy and when sliced it should be clear from air bubbles and white spots.

The eight finalists are: