Installing two milking robots on a Swedish farm has given the owners more time with their children they say.

Carina and Alvar Sonesson took over the farm from Alvar’s parents in 1994 and in 2005 had the two robots installed.

The Sonessons were getting up at four in the morning to milk their 130-cow herd and had three young children to mind at the same time.

They then decided to invest in the milking robots, meaning they needed to spend less time milking cows themselves.

Carina says that two of her children were asked one Christmas about the milking system and what they thought about it.

They said that their parents now have more time to spend with them and that it was better than before.

The herd of 130 dairy cows have now adapted to the system and they walk themselves to get milked now twice a day.

Some 30% of milk in Sweden comes from automatic milking systems (AMS) and approximately 1,000 herds use robotic milking.

The Sonessons farm is also certified organic since 2010 and supplied their first milk to the local co-op Skanemejerier in September of that year.

Advertisement
Organic milk production in Sweden has increased from 677,000L to over 291m litres from 1998 to 2013, LRF (the federation of Swedish farmers) figures show.

They also produce organic meat and two years ago they started making organic meat boxes with beef, veal or lamb from the farms livestock.

The Sonessons farm shop won the prize for the ‘Best Food Shop’ in the Skane region in 2014, it also sells products from other neighbouring farmers.

The farm has 300ha of which half is used as grassland and the other half is used for growing oats, beans and canola. 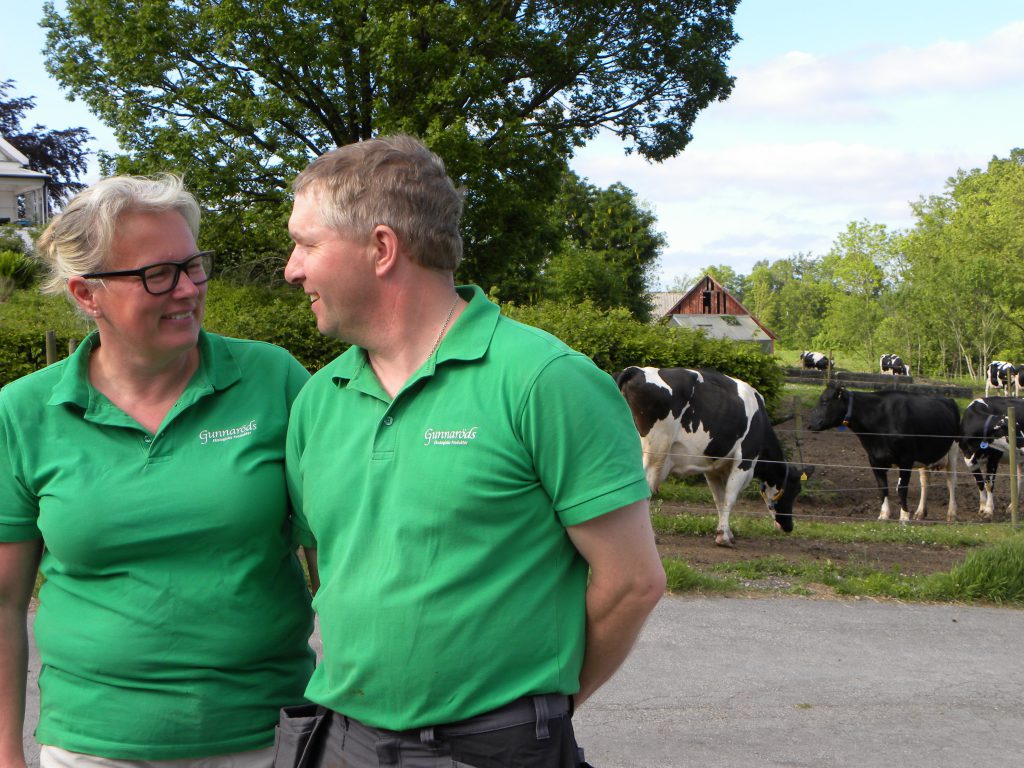 Why you should vaccinate your cows for Lepto

Straw or hay: Which is better to feed when rearing calves?