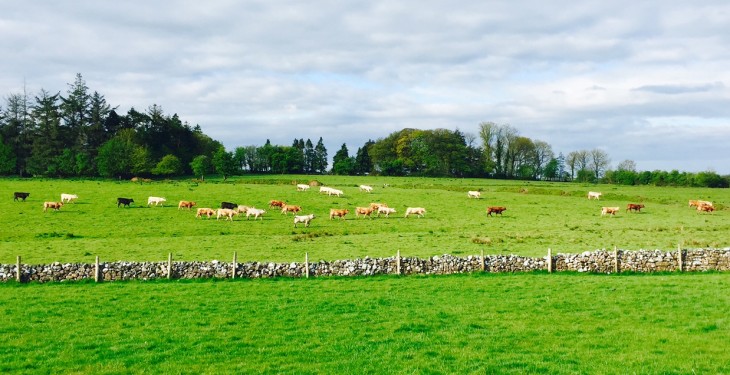 The three farms are located in England, Scotland and Wales, it says.

The first of these farms is located between Dorset and Somerset in England. Its consists of around 1,080 acres of farm land and it is on the market for £8m (€11.2m), it says.

The farm is spilt up with 262 acres of land suitable for pasture and further 820 acres of arable land, Farmers Weekly says.

The second farm up for sale is located on the Scottish border in Hassendean with a total of 880 acres of land, the website reports.

Of this 295 acres is grazing land and a further 585 acres of arable land and previous crops include wheat and barley, it says.

Wheat and barley are predominantly grown on the 585 acres of arable land with winter wheat yields in excess of 3.5t/acre, it says.

The guide price for this farm is open to offers over £4.5m (€6.3m) Savills, the estate agency who is handling the sale, says.

Savills associate director Luke Fench said: ”it’s an immaculate set-up and it has been a number of years since we have seen a mixed farm of this scale and quality on the market”.

The third farm is located on the Welsh island of Anglesey. The Plas Gwyn Estate, near the village of Pentraeth, includes about 600 acres of grassland and woodland, Farmers Weekly says.

The entire estate has a guide price of £5m (€7m), or is available in 10 lots, according to the estate agency Knight Franks.