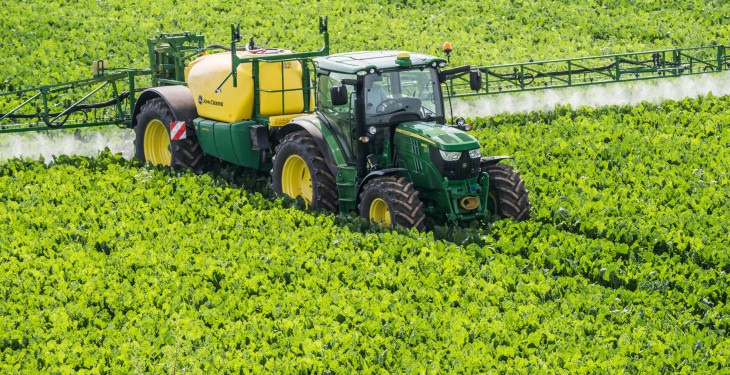 GM technology is helping soya growers in the US to deliver more for less, according to Eugene Philhower, from the US Soybean Export Council.

This was the key message he delivered to the recent Poultry Industry Education Trust Annual Conference, held at Loughry College in Co. Tyrone.

The conference coincided with the EU Parliamentary decision to reject a proposal from the EU Commission which would have allowed individual Member States to ban the use of EU-approved GMO feed and food.

There are no food safety issues relating to the use of GM technology.

“And it is for this reason that farmers in the US cannot understand why there is such resistance to genetically modified feedstuffs in the EU,” said Philhower

“As far as they are concerned, GM ticks every box. Using current soil and crop management techniques, farmers are only required to physically travel over the land with machinery four times in the year. Previously this figure would have been as high as 12, when more traditional management practises were to the fore.

Philhower confirmed that every farmer in the US must put in place an annual conservation plan.

“If this is not done, growers will be automatically ruled out of all relevant support programmes,” he said.

“This reflects the problems of soil erosion and desertification which dogged the US farming industry throughout the early part of the 20th century. But above and beyond these matters farmers now recognise that prioritising soil health is key to making profits.

“Minimum tillage is now the basis behind the production systems now employed on all US cropping farms.

Maintaining and improving soil structure must be at the very heart of each US farm conservation plan.

Philhower said that many farmers in North America become very upset when the claim is made that conservation is only taken seriously in the EU.

“Nothing could become further from the truth. Each US grower must now put in place a 30 feet buffer strip along each side of a water course. These act as valuable set aside and conservation areas.

“In addition the area under forest in the US has increased dramatically over the last 100 years. And this growth has been at the expense of crop land. So it could be argued that agriculture in North America has actually taken the lead, where the implementation of effective conservation methods is concerned.

“A total of US$6bn is spent annually on farm conservation practises in the US. Europe seems to think that it developed sustainability. But this is far from the case.”

Delegates were told that the US produces approximately 110mt of soya annually.

“Biotech production accounts for 93% of this total,” said Philhower.

“There are small pockets of non GM soya. But these crops grown primarily for the export market at premium prices

“The reality is that GM is helping farmers deliver more from less. Currently, the US is exporting greater quantities of maize and soya, at the expense of wheat. And this is because there is no GM wheat option available at the present time.”