Harvest 2017 – the facts and the figures 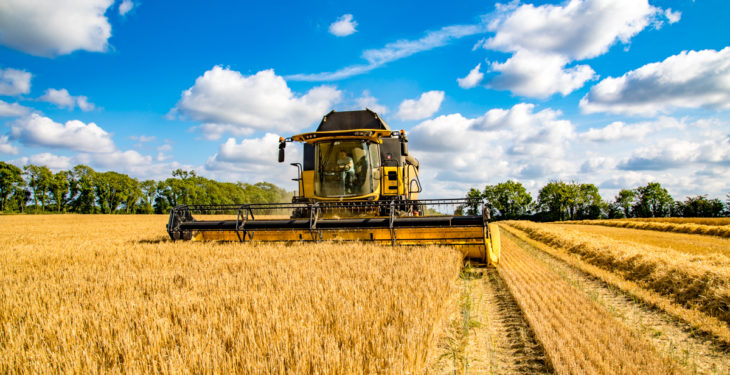 Cereal production, in Ireland, for 2017 was up on last year at 2.3 million tonnes, as spring barley reached record yields.

The changes in cereal area (‘000ha) are shown in the table below.

Winter barley saw a big drop in production, decreasing by almost 60,000t. Spring wheat production, although already small, decreased by 7,500t (13%). The acreage of these crops sown continued to the decrease.

Production overall was up 27,000t, mainly due to improved yields of winter wheat and spring barley.

Oats production was also up; many farmers sowed oats as their third crop.

Total cereal production (‘000t) is detailed in the table below.

According to Teagasc, spring barley yields were a record high at 7.8t/ha. Yield (t/ha) for wheat, barley and oats – both spring and winter – were all higher than 2016 levels.

While average spring barley yields were up 0.6t/ha, and hit record highs, there was variation in yield and Teagasc reported a range of 3.5-9.5t/ha.

Winter barley yield was up 0.5t/ha on 2016; this is equal to the five-year average yield.

Winter oats yielded 8.9t/ha – an increase from the five-year average of 8.2t/ha. However, yields varied hugely and Teagasc reported winter oat yields between 6.25t/ha and 10.3t/ha.

The average yields (t/ha) for all crops are detailed in the table below.

Hectolitre weight wasn’t anything to write home about, but easily passed the minimum quality parameters.

Straw still on the ground

Teagasc estimates that 10% of straw remains on the ground and is not baled. Losses were reported due to delayed harvest, poor weather and excessive turning of straw.

Teagasc estimates large decreases in the area of land planted to winter crops. It estimates that 123,000ha of winter cereals have been sown – a drop of 14.5%.

Delayed harvest, straw lying on fields and poor sowing conditions have contributed to the decline in sowings and, maybe in some cases, a poor price outlook for 2018.

Teagasc estimates that just 100ha of winter beans have been sown, down from 900ha during the winter of 2016. 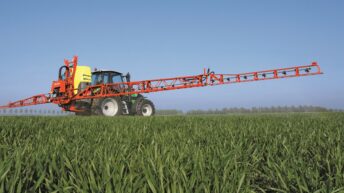 Almost 75% of sprayers yet to be tested 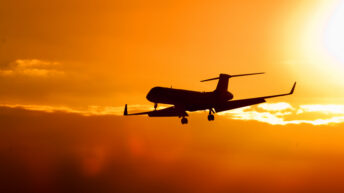