A delegation of South Korean officials have visited a number of Irish beef plants in recent days, AgriLand has learnt.

It is understood that the group is assessing the possibility of importing beef from Ireland. At present, Ireland only has clearance to ship pork to the Asian country. Some 6,000t of Irish pork were sent to South Korea last year.

Figures from the US Department of Agriculture (USDA) show that South Korea was the fifth largest importer of beef in 2016.

In total, it imported 510,000t of beef last year, following only the US, China, Japan and Russia in terms of import volumes.

If access is granted, South Korea could prove to be a valuable market for Irish beef. However, this could take time as has been the case with accessing the Chinese beef market.

In February 2015, the Chinese market reopened for Irish beef. But, the final steps in the process of receiving clearance to ship Irish beef to China have yet to be completed.

In April of this year, the Minister for Agriculture Michael Creed and his Chinese counterpart, Minister Zhi Shuping, met in Dublin to sign a formal protocol on beef exports to China.

This protocol is said to pave the way for Irish beef to access the Chinese market, but an inspection by Chinese veterinary inspectors is still required to allow Irish exporters to commence shipping beef to China.

American beef exports to China are set to resume again after a 14-year absence, the US Department of Agriculture (USDA) has announced.

The US has reached an agreement with Chinese officials on export protocols, which will allow for shipments to begin.

However, the US has been banned from China’s market since 2003. China implemented the ban on US beef amid concerns about BSE.

Following negotiations, it has been agreed that US beef exports to China must meet specified requirements under the USDA Export Verification (EV) Programme. 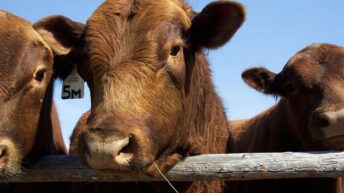 Suckler cow prices stun even the most seasoned observers