Winter planting: Acreage down but by how much? 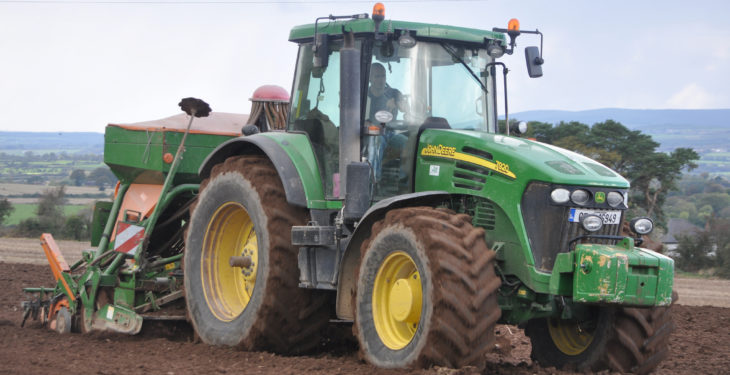 Winter crop acreage looks to be down, despite a burst of planting equipment to the tillage fields in the past two weeks.

Following on from a stop-start harvest, conditions for sowing didn’t improve and a full two weeks passed by in October where no planting was carried out.

This resulted in panic, as farmers continue to try and get crops in while weather allows.

AgriLand spoke to Seedtech’s Tim O’Donovan, who stated that it’s very hard to know what acreage is sown at present.

It’s certainly not up. As to how far it has fallen, it’s almost impossible to say at this stage. There are pockets of the country where winter sowing could be up, which is against the grain.

“It’s very hard to know. Last year, the winter barley area fell about 10,000ha from 75,000 to 65,000ha. Very few people knew that this happened until the single farm payment data came out in May or June.

“This year was a difficult season because the opportunities for sowing were few and far between. You would have to expect that the winter barley area has reduced by anything up to 25%.

“It’s very hard to say because a fair bit of sowing happened over the past 10-to-14 days, which typically wouldn’t happen if the season was good.”

Winter barley planting is wrapping up, according to O’Donovan.

“I’d say the vast majority of winter barley planting finished over the weekend and on Monday. There are some small pieces being tidied up. I think, where conditions are good, people will continue to finish off bits of wheat and oats and, in some cases, winter barley.

It’s really seedbed conditions that are determining the whole thing over the last 10 days.

Making sure that you get a good establishment is the most important part with barley.

“It’s been quiet a difficult autumn in terms of finishing up the harvest and getting winter crops sown. It’s been one of the harder autumns.”

Farmers will continue sowing as long as the weather allows – particularly winter wheat.

“Wheat and oats will certainly go in this week. There’s no doubt about that – once the seedbed is good and establishment is good. For winter barley sowing, at this time of year, you would really want to be in a mild area where the crop will establish well over the winter.

“From the sales data, the area of oats being sowed would look to be up. But, the trouble with oat seed is that people might get seed and mightn’t sow it until February or March. The same varieties will carry over – especially Husky.”

Factors affecting the decision to plant

O’Donovan listed a number of things that will determine whether or not people plant as the autumn/winter progresses.

Number one you have people that are forced to sow because of the three crop rule.

“The other item in the back of people’s minds is that where there was a late harvest this year, people who had their winter barley cut in July and early August were very happy about it.

People know how much work there is to get through. They’re sowing winter barley and winter wheat now because they don’t want to get stuck with all spring crops.

Ground conditions are suited to winter crops in some parts of the country, more than others. As a result, more profit may be made and this has to be a consideration in planting.

“There’s the economics as well. Traditionally, some farmers’ soil has done well with winter crops. They have a market for grain. They have a straw market built up and customers committed. They will sow because they know themselves it’s more profitable to grow winter crops in their situation.

Everyone has to do their own figures and steer their own ship. It’s important that people have their own calculations done and that they’re not just blindly following what everyone else does. 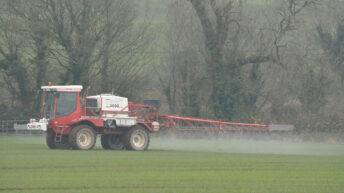 Tillage management: Aphid numbers up but not dramatically 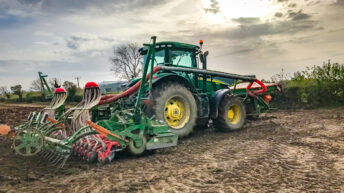