Winter finishers may not draw down approved stocking loans 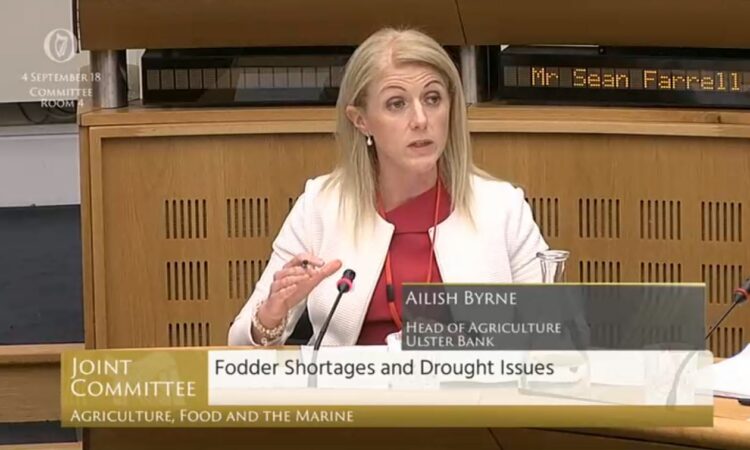 Winter finishers who have received approval for stocking loans this year may not draw down the funds, some of Ireland’s leading banks have warned.

Representatives from Bank of Ireland, Allied Irish Banks (AIB) and Ulster Bank all appeared before the Joint Oireachtas Agriculture Committee yesterday evening (Tuesday, September 4) to discuss pressures facing farmers as a result of the recent drought and fodder shortages.

Speaking at the meeting, the head of agriculture at Ulster Bank, Ailish Byrne, stated that the bank has received a number of requests from farmers to extend their stocking loans over the last couple of months.

Farmers who have stocking loans that were due to be repaid in the early months of the summer have asked for them to be extended by three or six months, because animals didn’t thrive as they expected due to the adverse weather conditions.

“We have supported farmers with an extension to those stocking loans. In terms of what we are seeing with farmers, particularly beef finishers, they are coming to us and they’re looking for approval for stocking loans and they are getting that approval.

“But there are a lot more discussions that they are having with us this year compared to other years.

We all know the margins of beef finishers are very tight and there is a market out there for their feed, particularly among dairy farmers. So they are questioning themselves whether or not they will finish animals this year.

Meanwhile, the head of agriculture at AIB, Tadhg Buckley, told the committee that AIB customers who generally look for approval for stocking loans have continued to do so this year.

Buckley said: “I would say that farmers may look for approval, but that doesn’t necessarily mean that they will draw it down.”

‘Too early to tell’

On the other hand, Bank of Ireland’s head of agriculture, Sean Farrell, indicated that it is too early to tell whether the drought conditions and fodder shortages will have an impact on Bank of Ireland’s annual stocking loans.

Typically, it is only now at this time of the year that we start seeing significant numbers of winter finishers coming to us or indeed farmers going out to buy weanlings that they will keep for the back-end of the year.

“From now on we certainly will start to see those applications coming in to us. To date, we haven’t seen any significant change in application levels,” Farrell said.