Will the replacement for MF’s 7700 S series look like this…late next year? 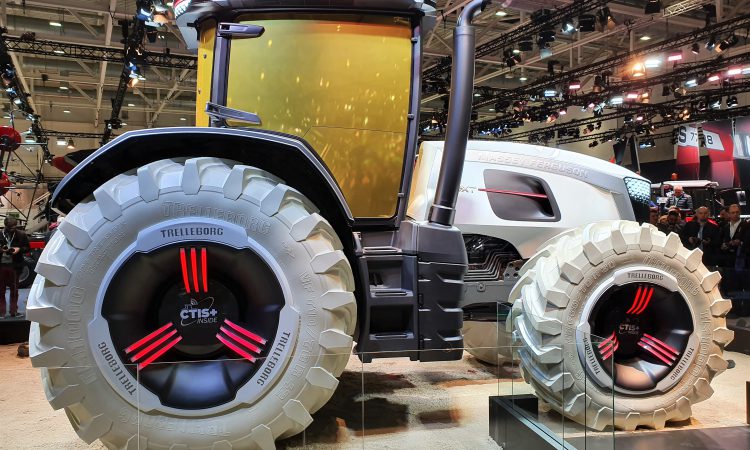 Massey Ferguson made the headlines by unveiling its ‘NEXT’ concept tractor (pictured above and below) at Agritechnica 2019 (in Germany).

The tractor’s broad outline mirrors that of a ‘prototype’ machine previously spotted in the vicinity of the AGCO (Massey Ferguson) tractor factory in Beauvais, France.

According to Massey Ferguson, the tractor’s cab has a “fully-connected human interface”; the ‘NEXT’ concept actually has no steering wheel but is, instead, steered using joysticks. 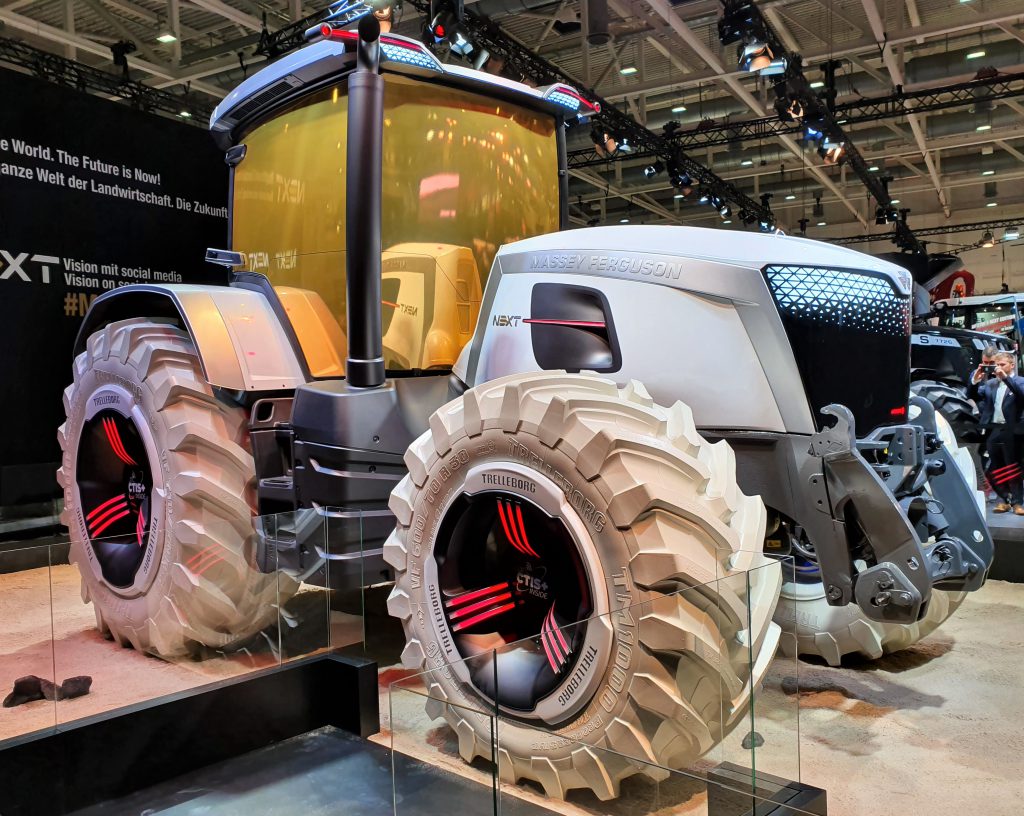 It is described as “ready for autonomous driving”, as well as boasting the “next level of comfort”. Other noteworthy features include on-board crop scanning, an augmented reality heads-up windscreen display and carbon-free Trelleborg tyres (with an automatic tyre pressure control system).

Other details are, at this stage, scant. However, it is believed that the tractor is home to a conventional diesel engine – albeit with a “radically different” drive-line beyond that.

In any event, expect to see production versions towards the end of 2020. While those tractors might not have all of the aforementioned features (i.e. joystick-steering), it is believed that they will (outwardly, at least, albeit wearing a red livery) resemble this concept tractor.

It has been suggested – but not confirmed – that those production-spec tractors will eventually replace the existing 7700 S series.

Also, at Agritechnica 2019, Massey Ferguson showcased its new ‘NEXT Edition’ tractors (pictured below). 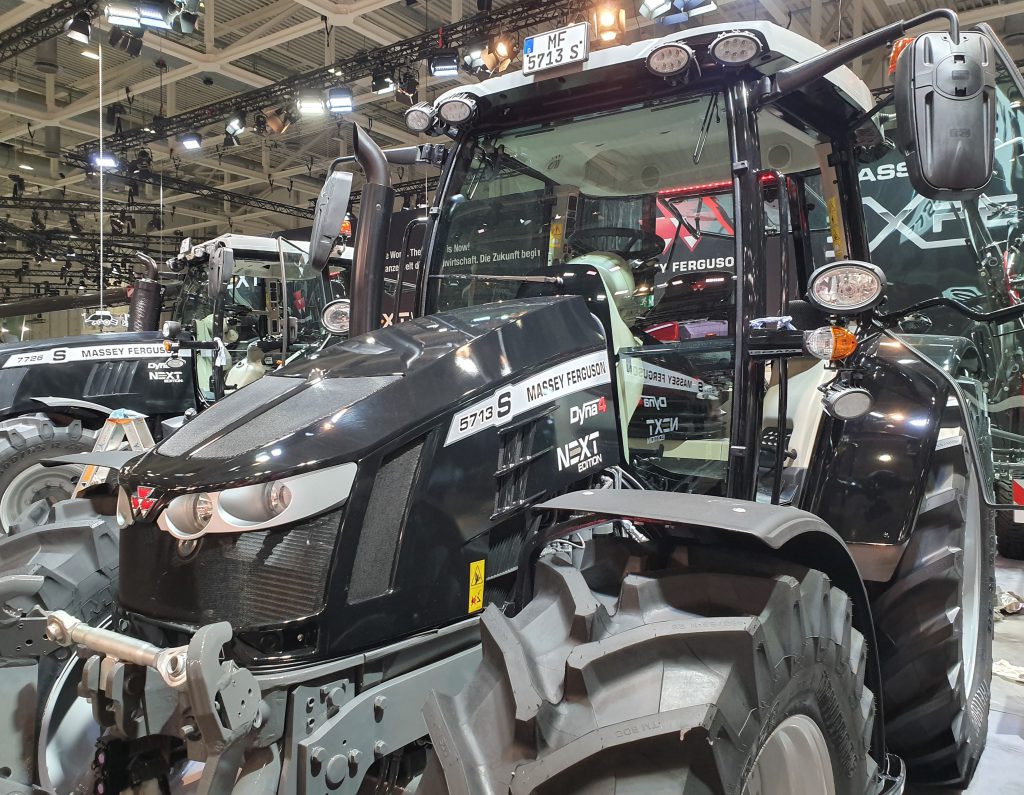 These special-edition tractors combine elements of the 5700 S Essential and 7700 S Exclusive packages with “further features”.

‘NEXT Edition’ models come in the existing MF red colour, but with distinctive black grilles. Alternatively, you can choose a full black livery for the same price. 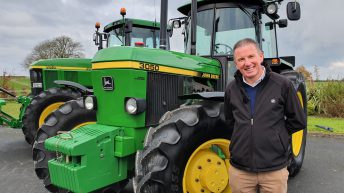