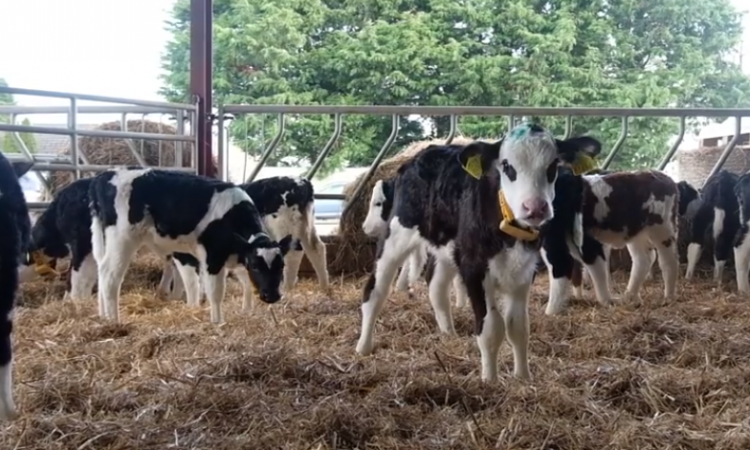 They calve roughly 55 cows in the autumn, with calving now well underway with their group of 75 spring-calving cows.

Plans are in place to expand the dairy herd to 200 cows, on a fully-housed system with their diet comprised of a mixture of zero-grazed grass and a buffer total mixed ration (TMR) mix.

Roughly 50% of cows are AI’d with Holstein Friesian sires, as these are the genetically superior cows in the herd and the remaining 50% of cows are served with a mixture of Hereford and continental sires.

All calves are given a feed of a minimum of 3L of colostrum at birth and remain on transition milk for up to seven days. They are all then transferred onto Gerry’s computerised calf feeder and Lakeland Agri CalfSmart 23 milk replacer. 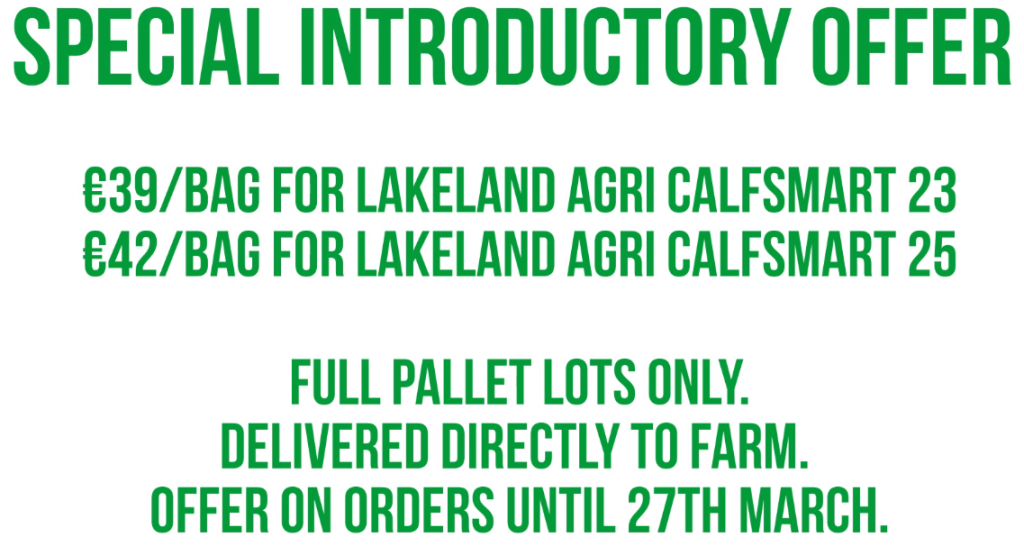 The bull and beef calves are sold off the feeder at around one month-of-age, while the heifer calves remain on the feeder until roughly 70 days – 10 weeks – of age.

There is a gradual weaning process built into the setting on the feeder, with calves weaned from their full allocation of milk down to zero over a 14-day period (at least).

When asked to comment on their experience of Lakeland Agri CalfSmart 23 milk replacer, Gerry said:

“The milk replacer has performed excellently. This was our first year using an automatic calf feeder and the help we received from Lakeland Agri on product selection – and from Volac on setting up the feeder – has been very useful.

“The calves have been very content and growth rates have been really, really good. We have had no issues with digestive upsets or scours in the calves. As we sell the majority of our calves, having a well-grown, saleable calf is extremely important,” he added.

Continuing, Gerry said: “In the past, we would have to have sold calves in ones and twos; however, this year we have sold them in batches of 10-12, as the calves are all extremely uniform as a group.

“We have a lot of repeat customers coming back for calves and they all comment on how good the calves look. We are putting this down to the CalfSmart milk replacer, in combination with our automatic calf feeder. 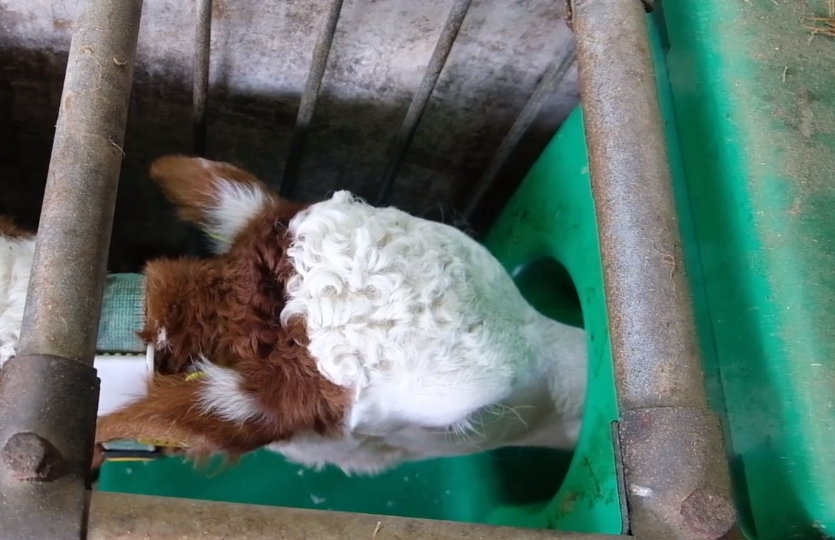 “Also, our own heifers who have remained on the feeder through to weaning have performed really well. There is a bloom on them and they have all at least doubled their birth weights by the time they were weaned,” Gerry noted.

“I would have no problem recommending the Lakeland Agri CalfSmart milk replacer to other farmers, and have already done so to the guys buying our calves who want to maintain the performance in the calves.”

The Lakeland Agri CalfSmart 23 milk replacer is based on 23% protein and 18% oils. It is formulated using whey protein concentrate that has been achieved through Volac’s “Immunopro” process.

This removes the undesirable, indigestible elements from the whey, while adding back in immunoglobulins (found in colostrum) and a top-spec health package designed to avoid digestive upsets in the calf during that transition period, and to maintain performance in the calves. 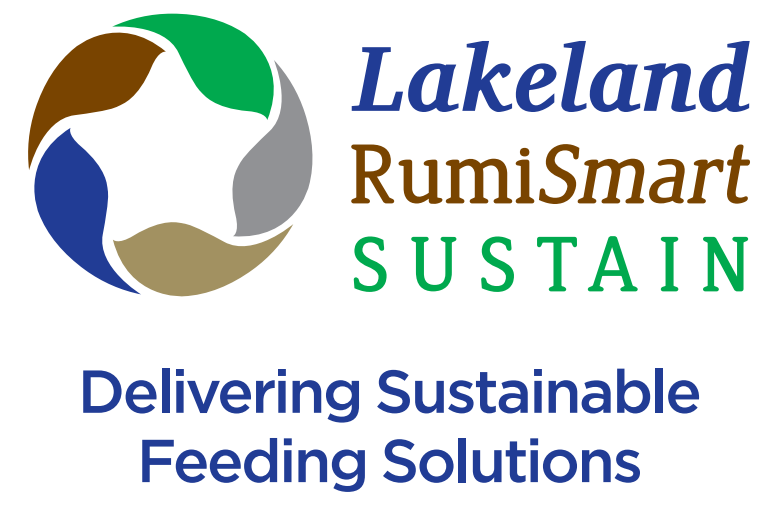 There is also a Lakeland Agri CalfSmart 25 product available as part of the CalfSmart range of milk replacers. It is based on 25% protein and 17% oils, again using the same whey protein concentrate as the CalfSmart 23.

This would be considered in the situation where a farmer is only feeding his replacement heifers. The extra protein is advised to drive skeletal growth and take advantage of the early lifetime feed conversion rates (FCR) available in your young calves. 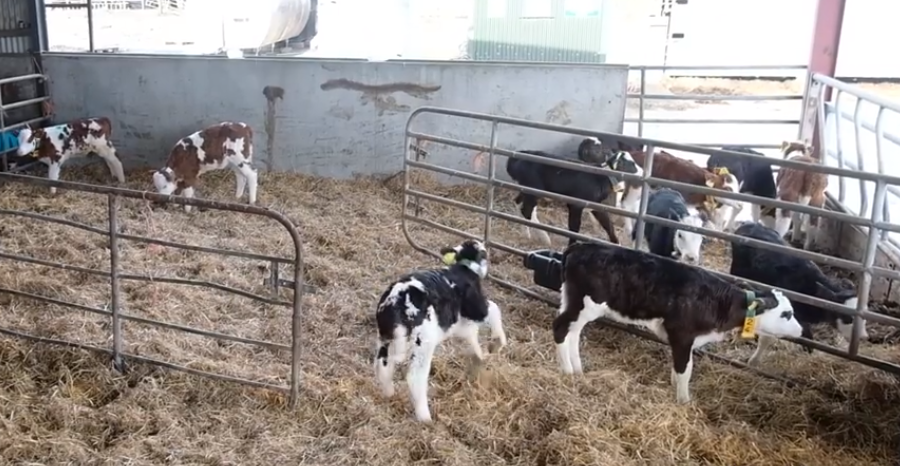 This also provides a calf with ‘metabolic programming’, which sets the calf up for increased performance capabilities – not only as a calf, but throughout that animal’s lifetime.

For more information on Lakeland Agri CalfSmart milk replacer, or any other products, just click here

Alternatively, please call your Lakeland Agri sales representative or contact our Customer Services Centre on 1890 4747 20 (ROI) or 028 302 62311 if calling from Northern Ireland.