Why it pays to vaccinate sheep against footrot and abortion 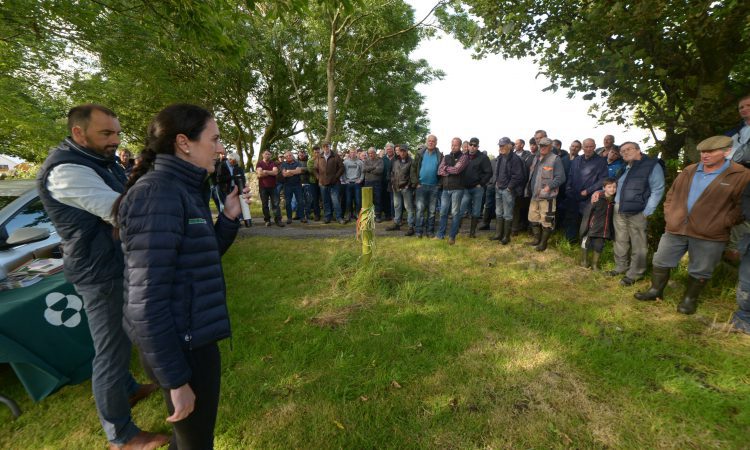 Suzanne Naughton and Ronan Gallagher discussing footrot and abortion with a section of the attendance at the Teagasc sheep health event on the farm of Jimmy Garrivan, Belclare Westport

When used as part of an overall programme in controlling both abortion and footrot in sheep, vaccination can be highly cost-effective.

This was the advice of two veterinarians, Suzanne Naughton and Ronan Gallagher, who addressed the Teagasc sheep health event on the farm of Jimmy Garrivan at Belclare, Westport.

While vaccination against pneumonia and clostridial diseases with products such as Heptavac-P Plus is commonplace on sheep farms, the use of vaccines to control footrot and abortion is relatively low.

However, both vets stressed that where either or both of these diseases are a problem there is a substantial economic benefit to the use of vaccines.

In addition to the economic benefits, vaccination also reduces the use of antibiotics, a vitally important issue both nationally and internationally in dealing with the ever-increasing risks of antimicrobial resistance in human and animal medicine.

Income and labour impact of lameness

Suzanne Naughton, who is technical veterinary advisor with MSD Animal Health, told the large group of farmers who visited the picturesque Garrivan farm on the Atlantic coast that where more than 5% of sheep in the flock are lame over a protracted period, vaccination should be seriously considered as part of the control strategy.

“Many farmers tolerate very high levels of lameness, with devastating impacts on performance and profit; not to mention the massive drain on labour.

“While footrot and scald are the most common contributors to lameness, there are a host of other conditions. These include CODD (contagious ovine digital dermatitis), strawberry foot, shelly hoof and abscesses.

“The first step in diagnosing lameness is to correctly identify the cause of the problem. Misdiagnosis and wrong treatment can often make the problem worse,” advised Suzanne.

Ronan Gallagher, a veterinary practitioner in Swinford, said lameness has driven many sheep farmers to desperation. 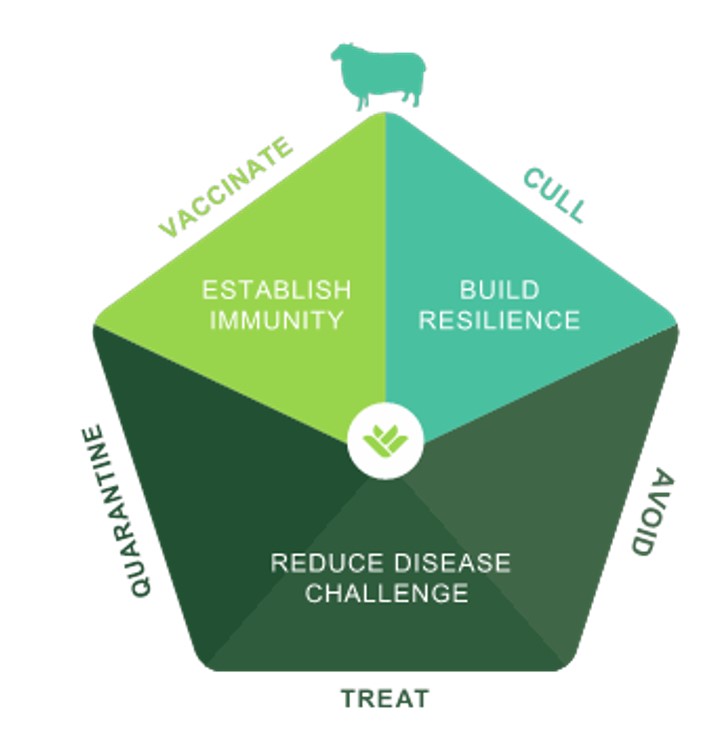 Ronan, who runs his own pedigree Texel flock at Enniscrone, Co. Sligo, uses vaccination as part of a strategic control plan and finds it very effective. There is just one vaccine licensed for the control of footrot.

The initial course consists of two doses given six weeks apart. In flocks with constant lameness re-vaccination should take place at six-monthly intervals.

The best time to vaccinate is about a month before the start of the breeding season or before sheep are housed.

There was strong interest and many questions from farmers on the issue of abortion in sheep.

According to Ronan Gallagher, 30% of all lamb losses before and during lambing are due to abortion, and analysis by regional veterinary laboratories shows toxoplasmosis and enzootic abortion (EAE) to be the leading causes of abortion in sheep.

I come across abortion outbreaks every year and, in severe cases, up to 30% of ewes can be affected.

“Between abortions, lambs dying soon after birth and barren ewes, many farmers accept losses of up to 10%. Anything above 2% is likely to be due to an infectious cause and should be investigated.

“Arrange for your vet to take swabs or send foetuses and placentae to the laboratory for analysis. Blood samples can also be taken from ewes,” said Ronan.

Toxoplasmosis a leading cause

Toxoplasmosis, caused by a microscopic parasite Toxoplasma gondii (T. gondii), is most commonly caused by contaminated cat faeces in feed, bedding or manure or directly on to pasture.

“A single cat dropping can contain enough eggs to infect more than 100 ewes and almost 75% of ewes are believed to come in contact with T. gondii during their lifetime,” said Suzanne Naughton.

“Vaccination is the only way to effectively build uniform immunity to toxoplasmosis. As older ewes are more likely than younger ewes to have already been in contact with T. gondii, it may be an option to vaccinate the younger sheep and then vaccinate all replacements as they enter the flock.

“Where the risk of infection is high on a heavily contaminated farm populated with previously unexposed sheep, initial whole flock vaccination is cost effective,” advised Suzanne.

Enzootic abortion can be devastating

An outbreak of EAE, caused by a bacteria-type organism called Chlamydophila abortus, can result in up to 30% of sheep aborting.

The disease is usually caused by infected bought-in replacements but it can also be spread by wildlife carrying infected placentae from farm to farm. Unlike toxoplasmosis, it is highly infectious and is spread from sheep to sheep.

“When a ewe aborts she sheds large numbers of organisms, which can infect any in-contact ewe or lamb. These newly infected sheep will not show any signs of infection.

“The organisms remain dormant in the body until the ewe lambs again. In infected lambs, they can remain dormant for up to two years. About three weeks before lambing, the placenta becomes inflamed and abortion occurs,” explained Suzanne Naughton.

While ewes that aborted often continue to have a normal lambing in subsequent years, they are carriers of the disease and may still shed organisms resulting in infection of other sheep and lambs.

“Vaccination will effectively reduce the risk of EAE as part of a flock health plan. Because there is no test to identify latently infected sheep, it is important to vaccinate all breeding sheep in the first year. After that, only replacements need to be vaccinated.”

The one shot vaccines for toxoplasmosis and EAE can be given to breeding ewes and lambs (from five months-of-age) during the non-pregnancy season. Vaccination must be completed at least four weeks before sheep go to the ram.

The two vaccines can be administered at the same time, but not mixed, and must be given in separate injection sites. Generally, just one shot of each vaccine is required during the lifetime of the ewe.

Both vets highlighted the financial benefits to the use of vaccination as part of a strategic control programme on farms where footrot or abortion are problems.

An abortion rate of 10% could mean a loss of almost €2,000 in a 100-ewe flock. Strategic vaccination could cut this loss dramatically. A similar benefit can result from using vaccination as part of a footrot control programme while also reducing the drudgery in treating lame sheep.

Be aware of short shelf life

Suzanne Naughton placed great emphasis on the perishability of vaccines. They should be put straight into the fridge after purchase. Once the seal is broken, they should be used rapidly.