With benefits like consistently top yields; resilience in tough conditions; bonus bales of straw; and weed control, specifically with sterile brome – farmers need a good reason not to sow Belfry and Bazooka barley this autumn.

The Department of Agriculture, Food and Marine (DAFM) Recommended List is the definitive guide when making variety decisions. The information on the list is distilled from at least three years of independent, scientific experiments conducted on DAFM farms and commercial tillage farms across Ireland.

The information on this list is distilled from at least three years of independent, scientific experiments conducted on DAFM farms and commercial tillage farms across Ireland. Contained within the three-year ‘figures’ are the one-year results that should not be taken in isolation, but do contain very important information.

In the DAFM one-year trial series 2016-2020, Bazooka and Belfry have had more significant results than any other recommended varieties, making them a very reliable choice.

The chart below is for Belfry. The bars show how much more grain comes from Belfry when grown side by side with the control varieties in DAFM trials.

When averaged across the five years, Belfry produced an extra 1.1t/ha (0.4t/ac) of grain, and it is this consistency that ensures growers can rely on Belfry and Bazooka to perform year on year.

But there are other important attributes that Belfry and Bazooka hybrid barley possess and make a difference to farm profitability.

Hybrid barley has a large root system and is very vigorous to grow in the springtime. This helps the crop compensate where plant losses might occur over the winter from water logging, rabbit grazing or root disease etc.

Growers are very well aware of the benefits of hybrid barley in these less favourable fields, and it is not uncommon to hear growers and their advisors say that Belfry or Bazooka gave a profitable yield where no other barley would grow.

In the DAFM trial series, we can select the sites that were sown early or late and or grown after a break crop or in a take-all slot and the benefit from hybrid barley is obvious to see.

Winter barley is often grown in challenging rotational slots as it is perceived not to be as affected by Take-all as wheat. Using key information from the DAFM Recommended List trials 2017-2020, it is possible to see trends of how varieties perform under different rotations.

It’s important to remember that DAFM does not use Silthiofam (Latitude) seed dressing in their trials.

With the new Straw Incorporation Measure recently launched, the economics of baling and selling straw have come firmly into focus. The obvious way to maximise this scheme is to chop the straw of lower value crops such as spring wheat or crops that harvest late and require more management to bale.

Winter barley is least likely crop to be chopped, so how can you maximise the straw sales from it?

Information on straw yields is lacking, so in 2021, Seedtech measured straw yields in its trial grounds. These plots were high yielding (circa 11 t/ha of grain) and the warm weather in July made the job all the easier as the straw was very dry.

Anecdotally, Bazooka and Belfry produce more bales of straw than other varieties, but the weight of straw also tells the same story. It is nice to know that extra revenue can be achieved from hybrid barley straw sales.

When we look at the reasons for this extra straw, it is partly due to the slightly taller nature of hybrid barley but also due to the health of the straw coming up to harvest especially against Ramularia. Some agree that early season diseases like Rhyncho or Septoria nodorum, can affect straw yields.

This can be seen in the short video below.

Irish growers and advisors have noticed that Hybrid barley leaves a very clean stubble after harvest. There is often no need for a ‘spring clean-up’ in hybrid barley crops due to the aggressive rooting and canopy of hybrid barley exerting above and below ground competition on weeds.  This has recently been proven in UK trials carried out by trials done by Agrii and ADAS in the UK, in partnership with Syngenta, in fields that were known to be badly infested with Sterile Brome.

Read more on how Hybrid barley outcompetes both ryegrass and brome here.

This reduction is from the competitive nature of the Hybrid barley crop, which forces the Sterile Brome to grow upright, portioning more of the brome resources into stem and making less available for seed production.

In the pictures below (taken in Clonmel in June 2019), you can see two Sterile Brome plants growing a few meters apart.

To sum-up, it makes both agronomic and economic sense to grow Belfry Hybrid barley and surely farmers need a very good reason not to sow it. If you would like more information on the agronomy of Hybrid Barley, click here.

Ask your merchant for Belfry or Bazooka, Hybrid Barley to sow this autumn. Alternatively, visit; www.seedtech.ie or call; 051 832814. 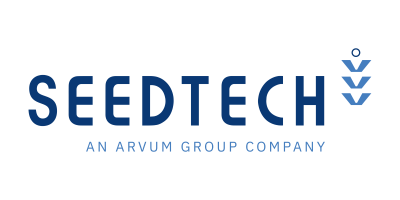