Which forage wagon does this Co. Cork dairy farmer say is ‘built to last’? 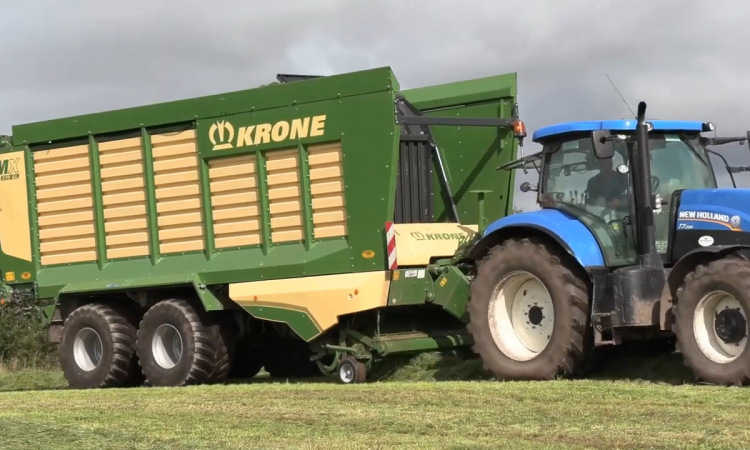 The MX370 sits in the middle of the range of Krone forage wagons with capacities from 33m³ all the way up to 40m³.

“After the smaller AX wagons, the MX370 is our most popular model,” said sales and marketing director, Stephen Scrivener.

“Large farms and contractors love the MX for its heavy build quality, consistent chop quality and massive intake thanks to the cam-less pickup.”

Kieran O’Sullivan, a fifth-generation dairy farmer from Goleen in west Cork, has had Krone wagons on his farm since 1980.

“This is actually our fourth Krone wagon on the farm,” Kieran explained.

My father bought our first Krone wagon in 1980 and even back then we found the Krone to be a very reliable machine and well-built for our conditions, so that’s why we have stuck with them all along.

Their new machine was preceded by the “48GL Krone wagon which we had for 14 years, so this year we decided to go for a newer, bigger version.”

Kieran continued: “Initially, we were worried about the size of the wagon but having got it and worked it we are delighted with it; it has given us a huge amount of extra capacity to bring the grass from the field to the yard.”

Varying conditions, high payloads, challenging roads or yards and long-distance travel at speeds all require a wagon that is stable and safe. Thanks to the steered tandem axle, the ball hitch and the articulated drawbar the MX wagon is up to any job in these types of situations.

“Farms in west Cork are traditionally fragmented farms so there is a lot of drawing in from smaller fields and down small roadways and this wagon has proved its more than capable of working in these conditions,” explained Kieran.

“I was actually going to buy the smaller version, the MX330, but then I looked in the brochure and saw that the 370 has the exact same dimensions but also has a moving front wall which works very well.

“You fill your wagon and when its full the front wall moves ahead, and you can get an extra 4m³ into the wagon. This is a huge advantage when you are a long way from the yard you can bring in that extra bit of grass.” 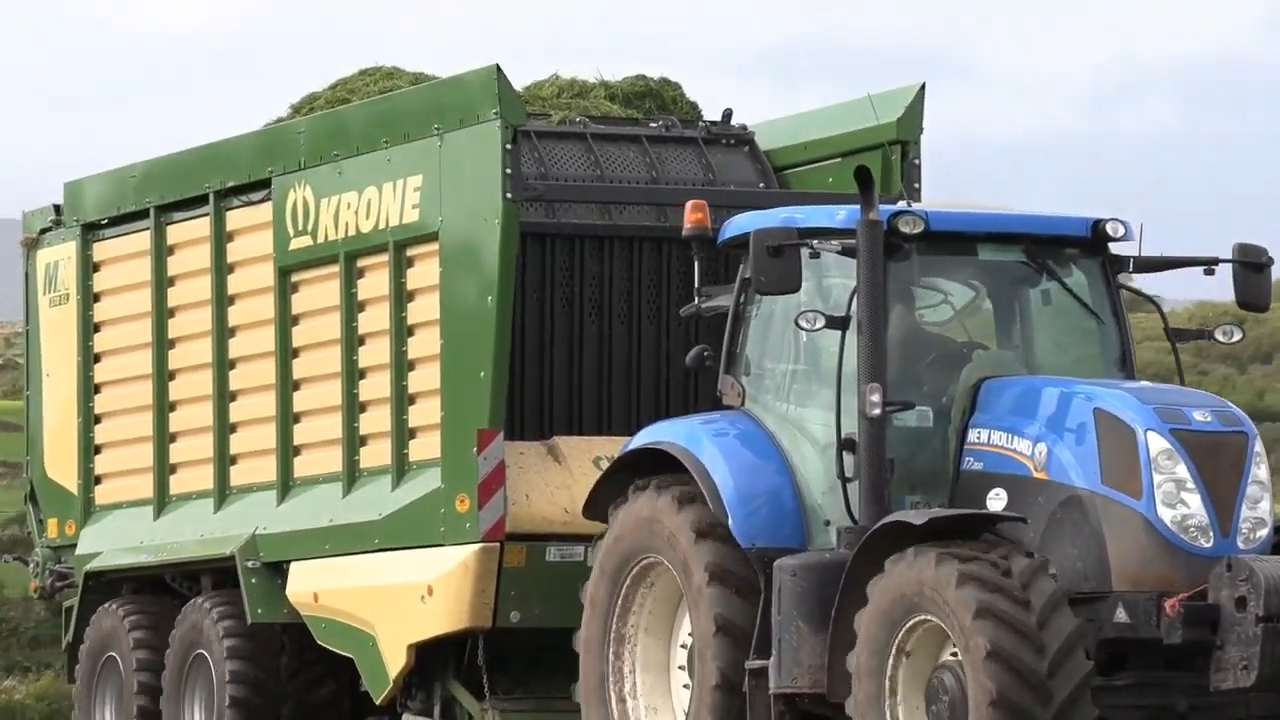 The MX370 has a hydraulic moving headboard which pivots to various positions to support the filling and unloading processes.

Crop covers of high tensile material are operated by two hydrometers controlled from the cab, preventing crop losses during extensive road travel. A heavy duty chain and slat floor feed even heavy forage swiftly and consistently to the rear of the wagon for unloading.

The MX wagons feature tandem-braked axles with the option of steering and hydraulic suspension for fantastic control on the road or in field. Along with hydraulic suspension, there is an option for a hydraulic levelling system which ensures even-weight distribution at all times.

“There are new features on this MX370 that we did not have on the previous machine, such as the swing-out knife bank. This is a huge advantage because instead of going under the wagon or into the floor of the wagon to get at the blades now you can swing the whole bank out to the side of the wagon in a matter of minutes,” Kieran explained.

You can examine your blades, clean off the grass and if they need sharpening you can just pop out one and sharpen it and it’s all done quickly.

The MX wagon also “has a cam-less pick up which is another huge improvement on these machines”.

Anyone who has been used to pickups, they’ll know the cam track in machines tends to wear out over the years and can cause a problem; but with this cam-less pick up it is trouble free, its built strongly and is another huge advantage of this machine. 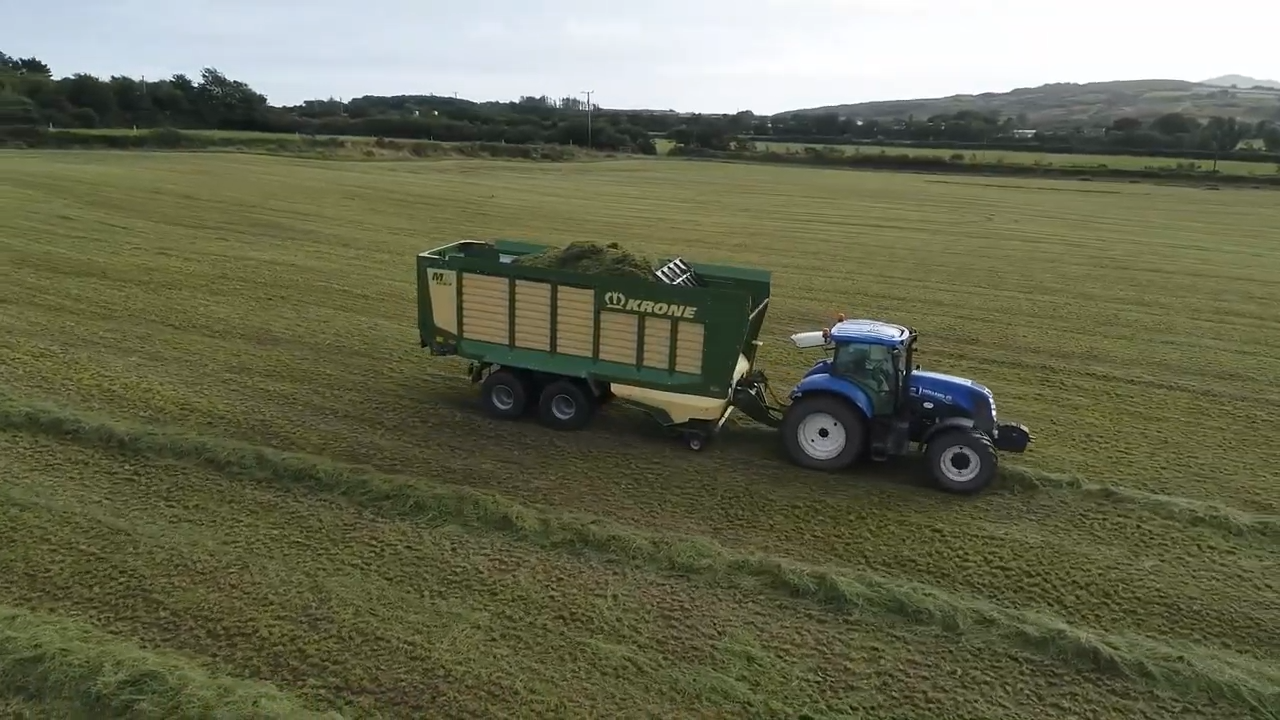 “Like all Krone wagons previously this one is built extremely strong; that is a hallmark of Krone. Its gear is built to last and built to do the job that it’s designed to do.”

Concluding, Kieran said: “Coming to the end of the first season with the wagon, I’m delighted with the machine to date and looking forward to the next season already because it’s a pleasure to work with.”